News
Business
Movies
Sports
Cricket
Get Ahead
Money Tips
Shopping
Sign in  |  Create a Rediffmail account
Rediff.com  » Movies » High Court to Censor Board: Do not act like a grandmother

High Court to Censor Board: Do not act like a grandmother 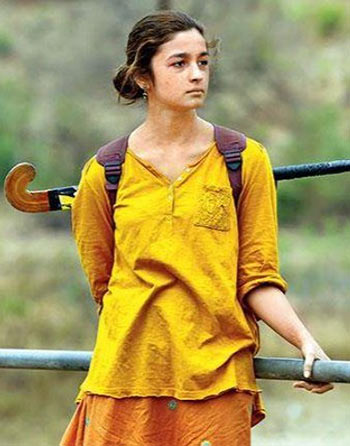 'Today is our independence day. Udta Punjab is not just a film anymore. It is a movement and one that has ended in the victory of democracy.'

The Bombay High Court has cleared the decks for the release of Udta Punjab, whose makers were locked in a dispute with the Central Board of Film Certification, after ordering deleting a urination scene and displaying a revised disclaimer.

The court came down heavily on the CBFC and asked it not to act like a 'grandmother', and change with times. A division bench of Justices S C Dharmadhikari and Shalini Phansalkar-Joshi directed the CBFC to certify the drug-themed film within 48 hours to enable the makers to release it on its scheduled date of June 17.

"Barring the deletion of the urination scene as directed by the board and modification of the disclaimer, the June 6 order passed by the CBFC's revising committee directing for a total of 13 changes in the movie is quashed and set aside," the court said.

The bench, however, refused to stay its order on a plea made by CBFC counsel Advait Sethna to enable the board to appeal against it in the Supreme Court, saying the filmmakers have already spent a lot on the movie and its promotion and distribution.

The court, which was hearing a petition filed by Anurag Kashyap's Phantom Films challenging the CBFC order, came down heavily on the board for curbing a creative person's work.

"Do not act like a grandmother. Change as per the times now. The CBFC need not be over-sensitive in the matter of art. The CBFC cannot stop creative people abruptly as it may discourage them. This will kill creativity. These days filmmakers are brutal, direct and straightforward. One need not treat them harshly just because of this," the HC said.

The court further noted that the CBFC is not empowered by law to censor films, as the word censor is not included in the Cinematograph Act.

"Censor in common parlance means to certify a movie. Therefore, if by law the board is empowered to make changes, cuts, or deletions, this power of the CBFC must be consistently in consonance with the provisions of the Constitution and the Supreme Court directions," Justice Dharmadhikari said.

As per the revised disclaimer, the Udta Punjab makers will have to delete reference to Pakistan. They will also have to make additions to the disclaimer to the effect that the movie, its characters and the filmmakers do not promote the use of drugs and abusive language, and that the film is only attempting to depict the reality of drug abuse.

On cutting out the urination scene, Justice Dharmadhikari said, "The CBFC is justified in directing deletion of the scene as the shot was unnecessary given the backdrop and the theme of the movie. Instead of this particular scene, the filmmaker could have taken recourse to other methods to depict the same."

The court noted that it has read the film's script and does not find anything in it that shows Punjab in a bad light or affects the sovereignty, integrity or security of India.

"It is undisputed that the CBFC possesses powers to call for cuts, changes, deletions in a movie while certifying it. These powers come into play if the film affects the sovereignty, integrity or security of India, foreign relations, public order, and or is likely to incite commission of an offence. There is a heavy burden on the authority to show that the restrictions imposed are reasonable," the bench observed.

In the present case, the CBFC-imposed restrictions were not correct. The movie has to be seen as a whole and it was not permissible to take the characters, scenes and songs in isolation and out of context, the judges said.

"Creative freedom allows use of certain words as per the choice of the filmmaker. Nobody can dictate to him as to how the movie should be made or its content," the court said.

The bench said it was in agreement with the petitioners that there was an increasing menace of drug abuse amongst the youth in Punjab.

"The film is meant for adult viewing. If a maker chooses this way of depicting the movie and a subject, then it is not for anybody to restrict it. Like the CBFC, even we would be happy if better words were coined and used by the filmmaker," the judges said.

The court said one must not forget that the movie is a work of fiction.

On the board's direction to the movie makers to delete all scenes where expletives have been used, the court said that the dialogues have to be seen wholly and not in isolation.

The court also noted that with the passage of time, filmmakers will realise that their films will not sell only because of such words.

"But this realisation should happen on their own. The vocabulary used in a film, its utility is best left to the audience to decide," the court observed.

On deletion of the use of the words, 'Election, MP, MLA, Parliament, Party Worker and Punjab', the court said, "These are general words and the film does not talk about any particular person or party. It is common knowledge that elections are round the corner in several states. Udta Punjab is not made keeping in mind the upcoming elections in Punjab or with any political propaganda."

The HC also said there was no justification for deleting a scene from the movie which shows signboard with Punjab, Jalandhar and Amritsar written on it, as directed by the CBFC.

"It is surprising that the board wants the signpost scene deleted, but has no issues with the title of the movie having the word Punjab," the court said.

The HC, while setting aside the deletion of the scene where a character in the movie is injecting drugs, said, "This is just a fleeting scene and we have already said that the movie is not encouraging or glamorising use of drugs. Similarly, a scene in a song where a person is shown scratching himself is also just a passing shot and need not be removed. It does not show anyone in bad light and is not vulgar or obscene," it said.

On deletion of a dialogue 'Zameen banjar te aulad kanjar', the court said, "This dialogue does not necessarily imply that the land of Punjab is infertile and that nothing useful can be found growing in them. It is a known fact that Punjab is a land of hard working and toiling farmers."

Senior counsel Ravi Kadam, appearing for the petitioner, had argued that the CBFC's revising committee's order for changes and cuts in the movie was "arbitrary", "unfair", "without proper application of mind" and in violation of the fundamental rights of the filmmakers. He said in the past the board had certified for release several movies with expletives and cuss words.

CBFC counsel Advait Sethna, however, opposed this argument and said, "Every movie is independent and hence the same yardstick will not apply."

He justified the 13 changes ordered by the board and said the scenes were "vulgar, obscene and deplorable". The Shahid Kapoor, Alia Bhatt, Kareena Kapoor Khan and Diljit Dosanjh starrer, which delves into how the youth in Punjab have succumbed to drugs, had also unleashed political sparring, prompting Anurag Kashyap to ask parties to stay away from the censorship row.

Punjab goes to polls next year. Kashyap had earlier hit out at CBFC chief Pahlaj Nihalani, calling him an "oligarch" and a "dictator" and that it was like living in North Korea.

He got the support of several filmmakers, including Karan Johar, Mahesh Bhatt, Ram Gopal Varma and Mukesh Bhatt.

"It is a dark day for freedom of expression and creativity in the country," Mukesh Bhatt had said, calling Nihalani a "stooge" of the government.

The Bombay Velvet director took to Twitter to vent his ire at Censor Board and said there is no sense of freedom. 'I always wondered what it felt like to live in North Korea... Ab to plane pakadney ki bhi zaroorat nahin...,' Kashyap posted on Twitter.

The AAP and Congress had earlier accused Punjab's ruling SAD-BJP alliance of exercising its influence to 'censor' the movie, a charge denied by the state government. To this, Kashyap had said, "I request Congress, AAP and other political parties to stay out of my battle. It's my Rights vs the Censorship. I speak only on my behalf."

Meanwhile, the makers of the film have hailed the verdict, calling it a 'landmark judgement' and victory for the entire film industry.

"The hard work of the lawyers has paid. I am terribly pleased with the verdict. I hope films will be viewed in context and there won't be a blanket on cinema," director Abhishek Chaubey told reporters, outside the high court.

"Today I salute the courage of my producer and the hard work that my lawyers have put. Now, the film has been passed and we're going to fight for the release on June 17. I am terribly pleased with the verdict and relieved," he said.

Director Sudhir Mishra said, "The verdict is fantastic. It makes me proud. This is great that the court has stood by young filmmaker Abhishek Cahubey who makes interesting and relevant films. The other filmmakers will now think freely."

Madhur Bhandarkar told PTI: "It is a landmark judgement. It is a great victory for everyone connected with the movie and the film industry. The honourable court has given a positive judgement. I have always faced problems with the board since Chandni Bar to Calendar Girl, so today it is a victory of filmmakers," he said.

Filmmaker Hansal Mehta said, "It's a welcome judgement. The high court has shown the way, but at the same time it's unfortunate that filmmakers have to knock the doors of the courts to get redressal when there is a body independently set up by the government to look into film. With this decision, the CBFC has expired. We should stop blaming individuals for these things. I think Pahlaj Nihalani is reflection of the system."

Producer-director Vikram Bhatt said, "Today is our independence day. Udta Punjab is not just a film anymore. It is a movement and one that has ended in the victory of democracy."

Noted film producer Mukesh Bhatt told PTI, "As a filmmaker and President of Film & Television Producers Guild of India, I am a very relieved man today. The entire film fraternity was worried thinking what was ahead of us. We thought this was the end of the tunnel. The verdict has re-enforced our faith in judiciary. We don't want a watchdog sitting on top of our heads, cutting the wings of creativity. The board must realise we need to change with times. Today in the age of internet and self-regulation you cannot create archaic laws." 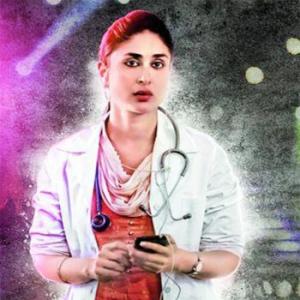 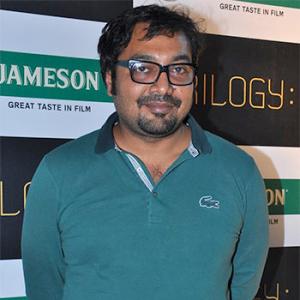