The most stylish man in America! 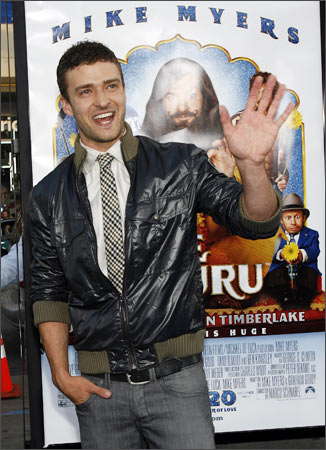 Singer Justin Timberlake has been named the Most Stylish Man in America by men's magazine GQ.

Timberlake revealed that he got his sense of style from his stepfather, Paul Harless, a banker who laid out his suit for the next morning every night and went to work looking 'like Richard Gere.'

"I was like, I want to dress like that! He was just so cool," the New York Daily News quoted Timberlake, as saying.

Second on the list is New York-based deejay and producer Mark Ronson.

Photographer Alexi Lubomirski earned the No 3 spot for his uniform of a blue shirt, jeans and boots -- a look he adopted after his mother told him blue threads would look good with his blue eyes.