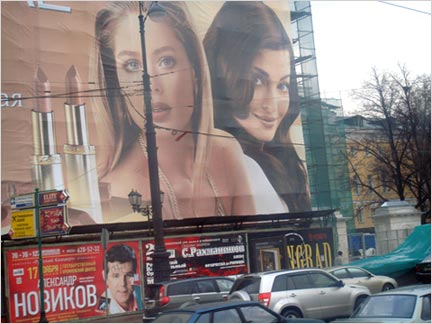 There is an apocryphal story I once heard about Randhir Kapoor.

According to this story, Daboo, Karisma and Kareena's pa, once took off for Moscow without his passport (yes, yes, how Indian immigration officials at Sahar airport let him leave is an obvious question, but we will let that pass).

As the plane approached Moscow, Daboo realised to his horror that he didn't have his passport. Visions of spending time in the KGB's notorious Lubyanka prison (the story is set in Soviet times) dawned on Daboo as he asked the pilot to immediately radio Moscow airport and inform them about his predicament.

Prompt came the reply, "Raj Kapoor's son does not need a passport to visit Moscow!"

Generations of Indians have grown up on stories about the Soviet passion for Raj Kapoor, how they worshipped the Great Showman and his cinema, how his songs kept them going through the worst excesses of Communism.

"Mithun Chakraborty, and to some extent Amitabh Bachchan, were the last Indian stars to make an impact in Russia," feels Dr Deepak Singh, a young Indian from Patna doing his post graduation in Moscow.

Surely, they have heard of Shah Rukh Khan, the biggest movie star in the universe (unless they have theatres in Alpha Centuri), I ask Dr Singh hopefully.

"They don't know him!" says Dr Singh, adding that there was an attempt made to screen the latest Hindi films in Moscow, but the move had few takers and was hastily abandoned.

As we speak, I spot billboards promoting the film version of the American television serial Sex And The City and Shekhar Kapur's Elizabeth. Like almost everywhere else, Hollywood's colonisation continues.

Some Russians, adds Dr Singh, sensing my disappointment at the absence of current Russian interest in Bollywood, know Aishwarya Rai. Have they seen her films, I ask, wondering if The Last Legion, which features Ash, could have been screened in Moscow, considering it has had something of a non-release in the West.

No, says Dr Singh, they know her from the giant L'Oreal ads, which can be seen all over Moscow.