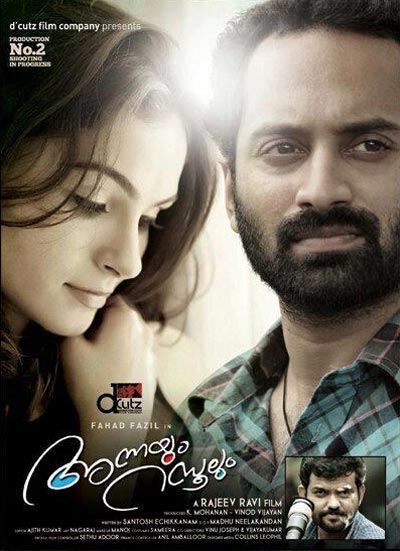 Fahadh Faasil and Andrea play the lead in the movie, which is being produced under the banner of D' Cutz Film Company. Santhosh Aechikkanam has scripted the film and the cinematographer is Madhu Neelakantan.

Rajeev Ravi was the cinematographer for several Anurag Kashyap's films such as No Smoking, Dev D, Gulaal, andThat Girl In Yellow Boots, besides Gangs of Wasseypur.

He is also the cinematographer of films like Shesham, Rasikan, Classmates and the recent Ivan Megharoopan in Malayalam.

Annayum Rasoolum is a love story presented in a realistic way.

Fahadh, who won the second best actor award at the Kerala state film awards, says, "I am all excited about this project."