Sonam Kapoor took a break from promoting her latest film Neerja to shoot for a cosmetic brand at Mehboob studio in suburban Mumbai.

She posted a picture from the shoot, above, and wrote: ‘#infallible #latexed @lorealparisin.’ 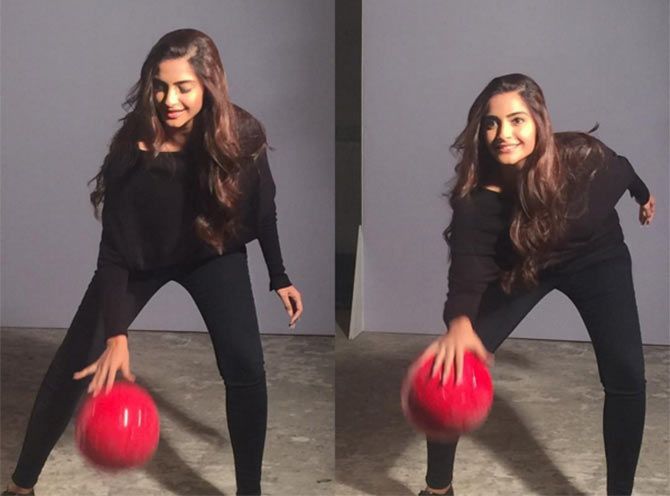 ‘Miss playing bball! On set shenanigans!’ she added with another picture, above.

Directed by Ram Madhvani, Neerja will release on February 19. It is based on the life of air hostess Neerja Bhanot, who was shot dead by terrorists in a hijacked Mumbai-New York flight on September 5, 1986.

‘Kalpana Chechi left a void that will never be replaced’

Several celebrities paid their respects to popular Malayalam actress Kalpana who passed away.

Prithviraj Sukumaran: ‘RIP Kalpana Chechi! A fine actor and a finer human being! You will be missed forever!!! What a sign off in 'Charlie'!!!’

Priyamani: ‘Deeply saddened and shocked to hear the sudden demise of one of my fav actress Kalpana Chechi! what an actress! huge loss indeed! RIP Chechi!’

Sangeeth Sivan: ‘Absolutely shocked 2 know that #kalpana is no more.. Leaves behind a great many memorable films & roles that only she could do justice 2 #RIP.’

Radikaa Sarathkumar: ‘I am so shocked to hear about actress Kalpana's sudden demise in Hyd.so sudden ,sympathies to sister Oorvasi &family. Great loss of talent.’

Resul Pookutty: ‘RIP #Kalpana You made us laugh, cry and you left us with a shock. You left a void will never be replaced. Rest In Peace.’ 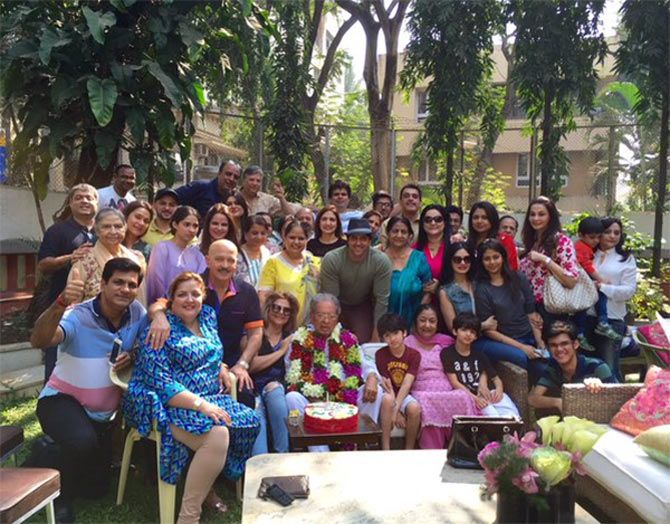 He shared a picture on Twitter, above, and wrote: ‘The wealth he created in us even dwarfs all his worldly success n millions. Happy 90th birthday 2 my DEDA. I love u.’

Prakash is best known for films like Apnapan, Aap Ki Kasam and Aasha. 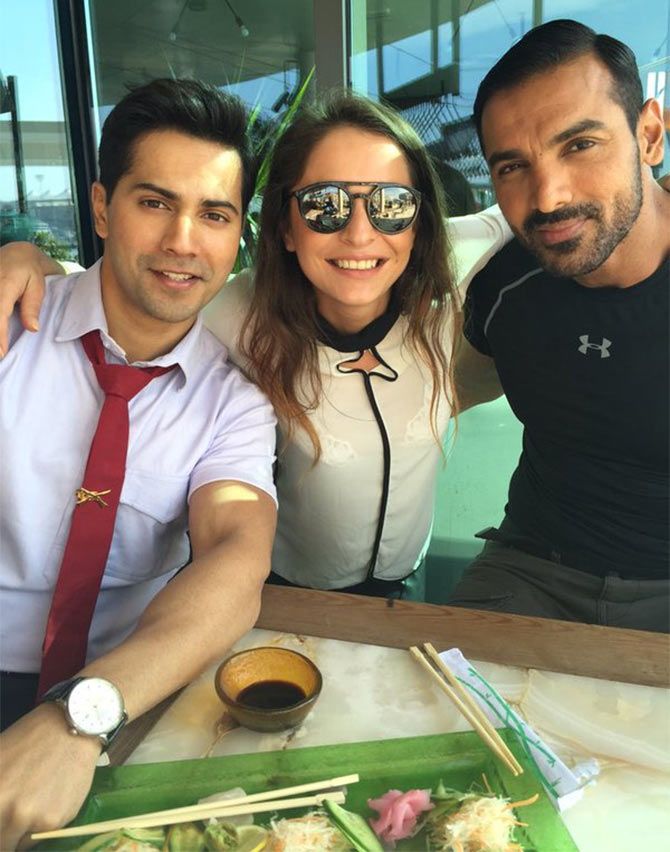 Varun Dhawan, who is shooting for his brother Rohit Dhawan’s directorial venture Dishoom, shared a picture with his co-star John Abraham, above, and wrote: ‘Having a great time on set at #YasMarinaAD. Amazing location with so much to see and great food @YasMarinaAD #Dishoom.’

Anupam Kher: Aligarh is made sensitively 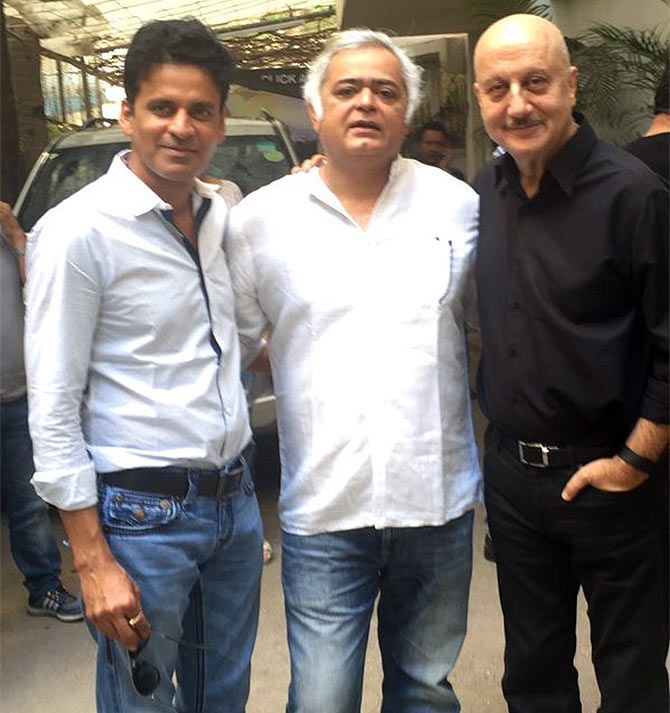 ''ALIGARH' is a beautiful film made so sensitively. Bravo!! @mehtahansal @Apurvasrani. @BajpayeeManoj is BRILLIANT.’ he tweeted, with a picture, above.

The film is based on the real life incident of Dr Shrinivas Ramchandra Siras, who was suspended from his job because of his sexual orientation. 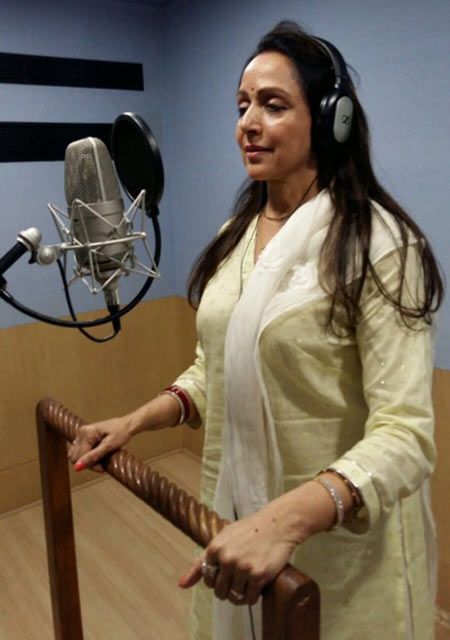 She shared a picture from the recording, above, and wrote: ‘At Lataji's studio recording 2 bhajans composed by santoor maestro Shivkumar Sharmaji, lyrics by Narayan Agarwal, coordinator Vivek.’ 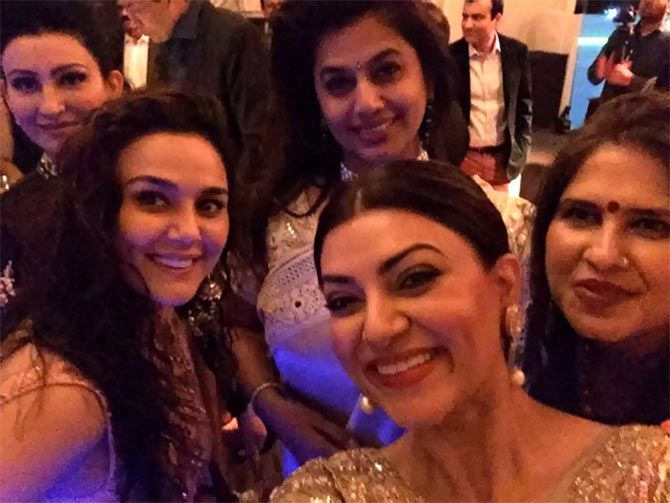 Sushmita Sen, who attended Asin and Micromax founder Rahul Sharma's wedding reception on January 23, caught up with Preity Zinta at the event.

She shared a picture, above, and tweeted: ‘Beaming friends!!! Selfie with d ladies at #AsinRahul reception I have missed u @realpreityzinta #prettyinpink.’ 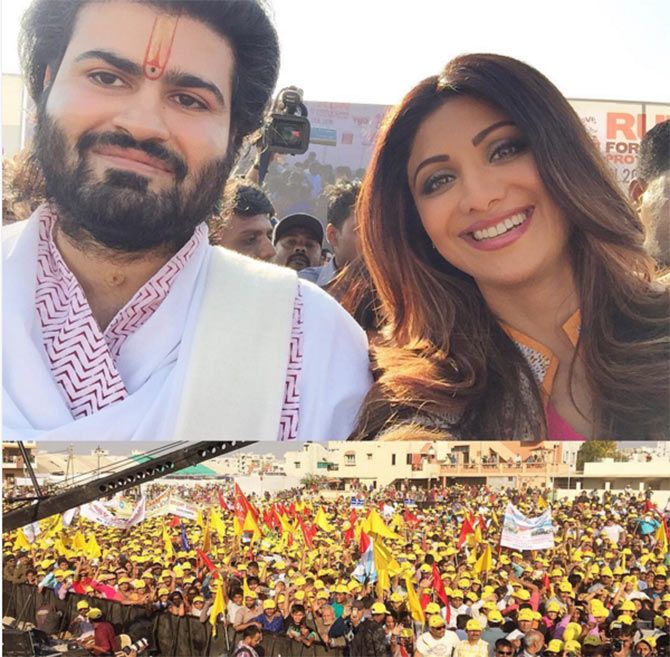 Shilpa Shetty, who inaugurated the 'Lau for Gau' run organised in Vadodara on Sunday, posted pictures on Twitter and Instagram, above, and wrote: ‘Landed in VADODARA to Show my #LoveForGau with VYO, "Run for Cow Protection" marathon. With Shri Vrajrajkumarji Mahodayshri.’

The event was organised to create awareness about cows and ensure better care for them. 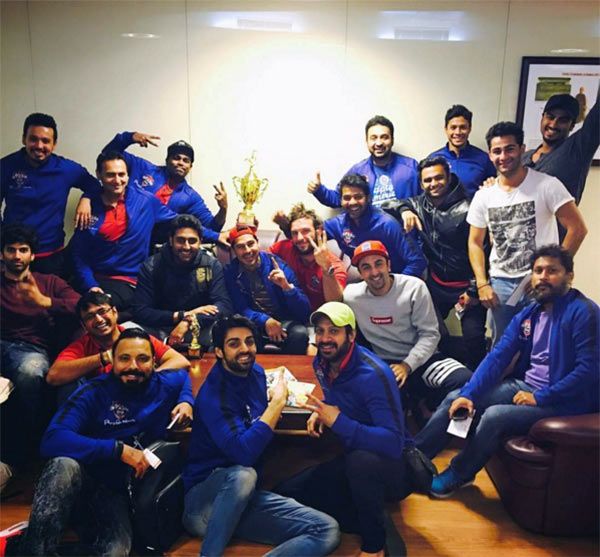 Abhishek Bachchan posted a picture of the team with the trophy, above, and wrote: ‘11-1 !!!! #winners #brothers #ASFC #playingforhumanity #Raipur.’

The event was organised to raise funds for drought-prone areas of Chhattisgarh and Swachh Bharat Abhiyaan. 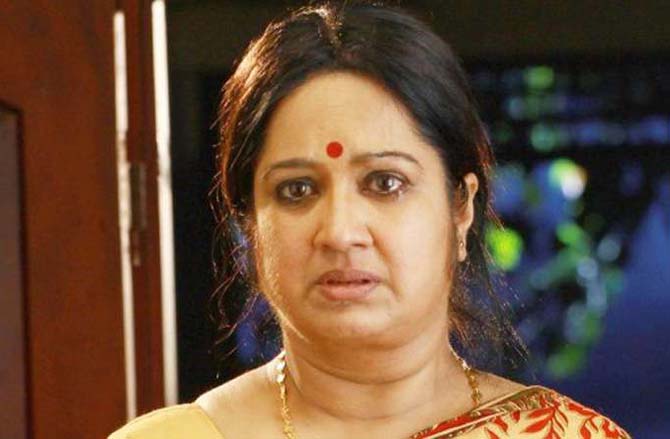 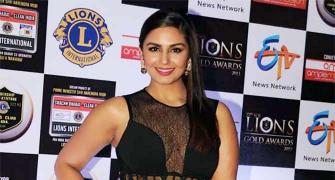 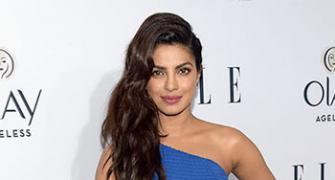 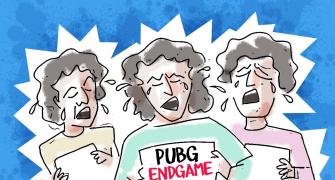 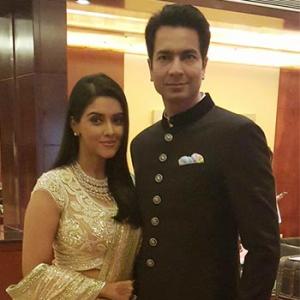 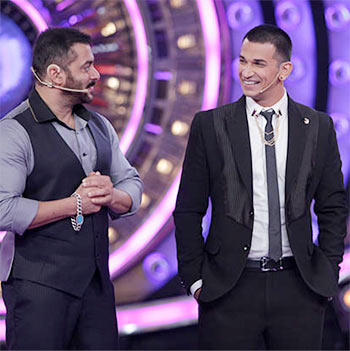