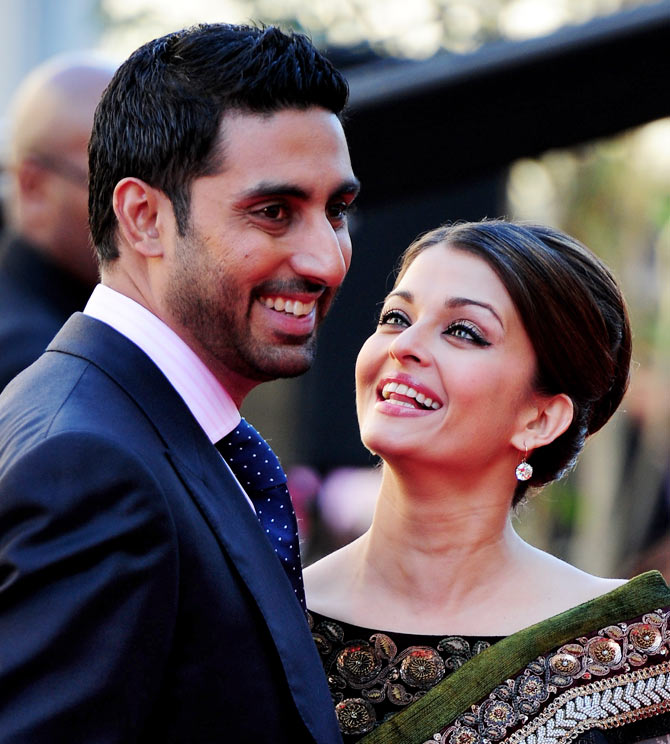 Celebrate Valentine's Day with some of Bollywood's real life romances.

Some real life love stories in Bollywood are so legendary, they can be made into movies!

This Valentine's Day, we present some romantic quotes from earlier interviews that Bollywood's most celebrated star couples gave on the loves of their lives.

Aishwarya Rai and Abhishek Bachchan worked together in several films such as Dhai Akshar Prem Ke and Kuch Naa Kaho before they fell in love during the filming of Dhoom 2, in 2006.

Abhishek proposed to Aishwarya at the New York premiere of their Mani Ratnam film Guru, and the couple got married in 2007. They welcomed daughter Aaradhya in 2011.

At the announcement of their coming together in the Prestige ad, Abhishek Bachchan had said, "Aishwarya is a beautiful woman and I courted her with subtle gestures, emotions, and words. I am used to people whistling at my wife.

"She makes good desserts. When we got married, she had to make a sweet as part of a Bengali custom. She prepared halwa, which was too good." 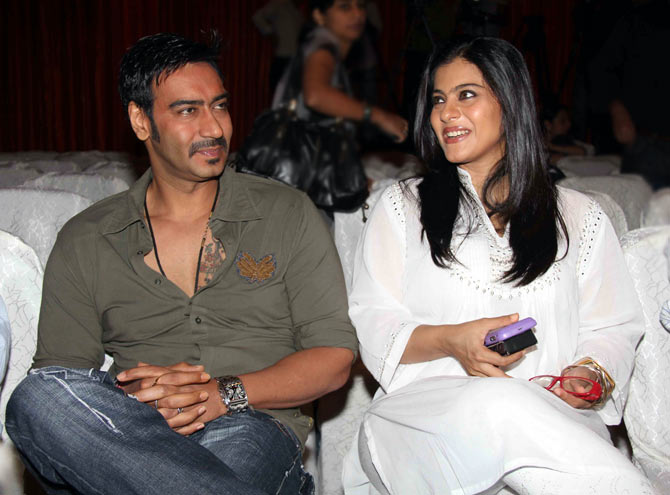 Ajay Devgn and Kajol fell in love while shooting for the movie Hulchul in 1995. Apparently, the couple would try to sneak away and spend time with each other, while the film's director Anees Bazmee would search for them.

After a four-year courtship, they tied the knot in 1999.

They have two children, daughter Nysa and son Yug.

In a recent interview with PTI, Ajay Devgn had said, "I think one just needs to be happy and keep the other person happy. There is no secret mantra to a successful marriage.

"You just have to give the other person as much importance and respect all your life. One must believe in commitment for things to go right." 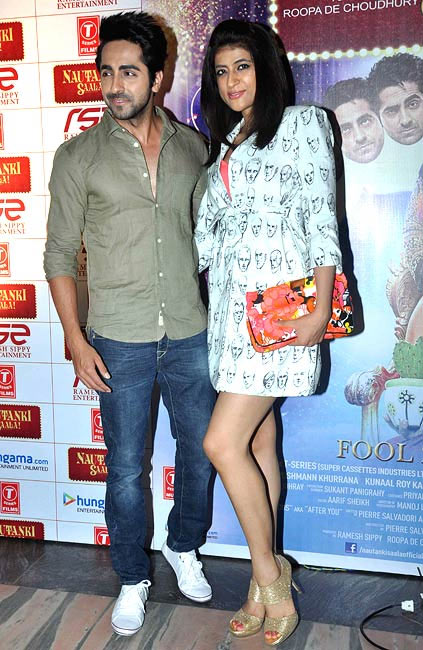 Ayushmann Khurrana and Tahira tied the knot in 2011, but they had known each other since their college days when they met during tuition.

They became friends and moved in together later.

They have a son, Viraj Veer Khurrana.

In an interview with Filmfare, Ayushmann had said: "Marrying Tahira is one of my life's biggest achievements. It's difficult to find a girl like her. She's been with me through thick and thin.

"The best thing about her is that she keeps me real. With her around I remain grounded. She knows me inside out." 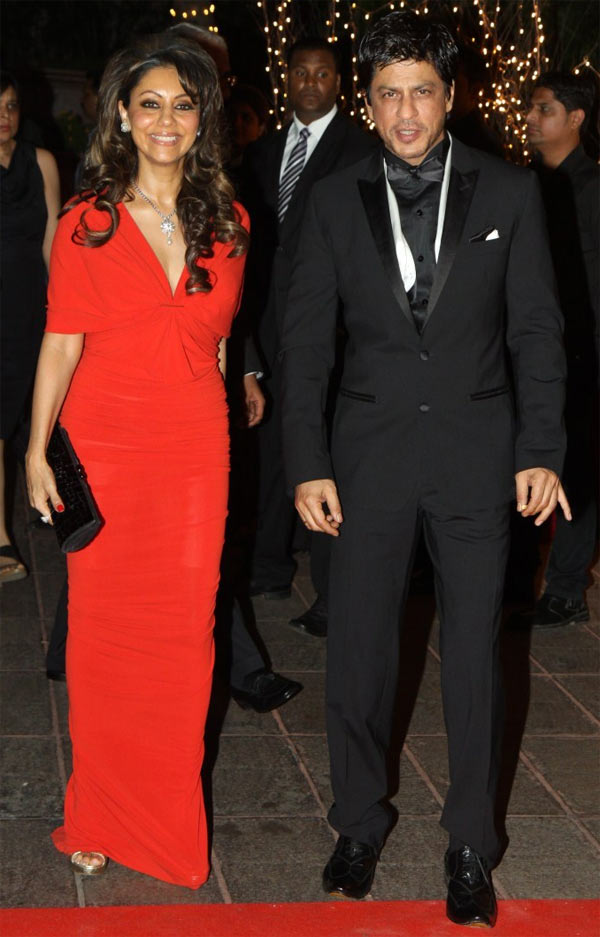 When Gauri came to Mumbai along with her friends, Shah Rukh came searching for his lady love and woo her.

They got married in 1991. They have three children, Aryan, Suhana, and AbRam.

In an interview with yahoo.com, Shah Rukh Khan had said, "I don't know whether I am crazy about Gauri but I am very intense about my love for her. She's a part of me. I believe there is only one girl for me and that is Gauri.

"I'm amazed by the way she handles her family, the production house and her work as an interior designer. I believe she is a complete woman in every way!" 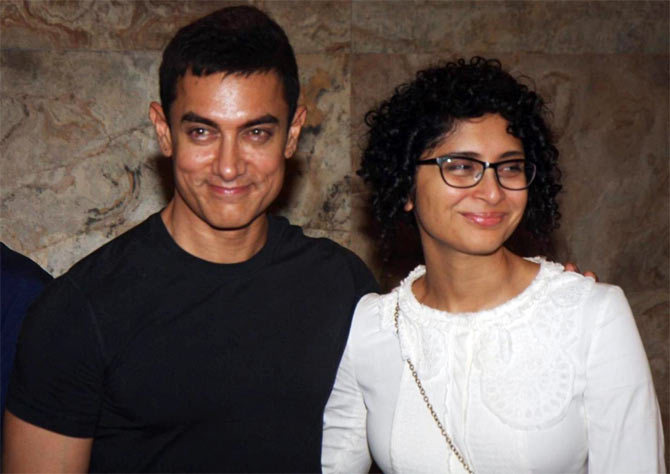 Aamir Khan and Kiran Rao first met on the sets of Lagaan in Bhuj, where she was an assistant director.

Love happened three years later when they were shooting for a Coke commercial.

They lived together for a year-and-a-half before getting married.

They have a son, Azaad.

In an interview with Verve magazine, Aamir Khan had said, "I realised I was very happy whenever I was with her. She had a very calming effect on me. This drew me to her, apart from the fact that I found her attractive.

"We have our disagreements; sometimes we stick to our points of view. When there are times I feel I have been unfair, I give in.

"When I get angry I shut down. I stop communicating. It is her problem to break through. That is my natural response when I am emotionally upset. It’s not good and I have been working on it."

In the latest season of Koffee With Karan, Aamir also spoke about how he coped with his divorce with first wife Reena, and how Kiran helped him out. 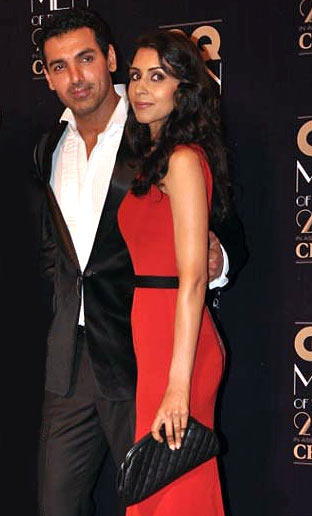 John met Priya Runchal, an investment banker from London, in 2010 through common friends.

Priya used to frequent the same gym that John and his girlfriend at the time, Bipasha Basu, worked out at.

Slowly and steadily, John and Priya fell in love.

In an earlier interview, John Abraham had said, "Priya has brought stability in my life. She is a super girl. She brings a lot of maturity to the relationship, and is very supportive." 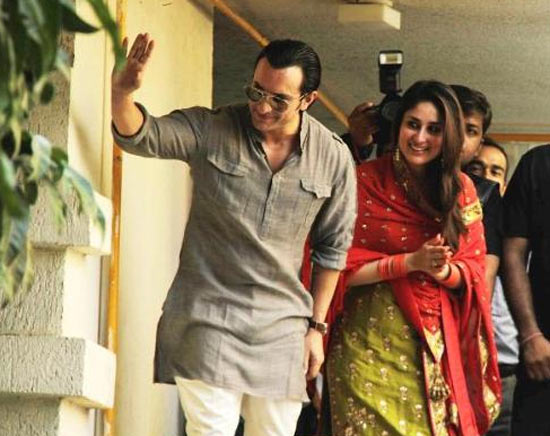 They lived together for five years before they got married in 2012.

In an interview with Filmfare Kareena Kapoor had said, "I have made him grounded, responsible, emotional and calm. Saif had a childlike side to him, which has suddenly disappeared in the last few years. We have matured together. 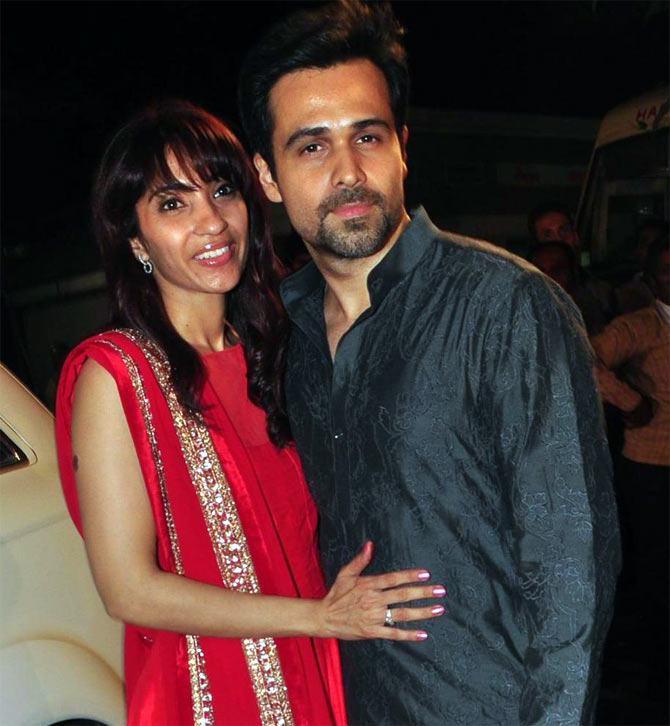 Emraan Hashmi met Praveen Shahni in college. Praveen initially ignored him and avoided his calls but Emraan pursued her for three years until she gave in.

Emraan proposed to her on Valentine’s Day. They got married in 2006 and have a son Ayaan.

In an interview with Filmfare, Emraan Hashmi had said, "I’m not a hardcore romantic at all.

"When my friends serenade women, they take them out for a nice posh candlelit dinner. I prefer to take Parveen out to a paanipuriwala, drive her down to Goa in the rain or go trekking.

"The best way to know a person is to go on a vacation with them. All the quirks surface." 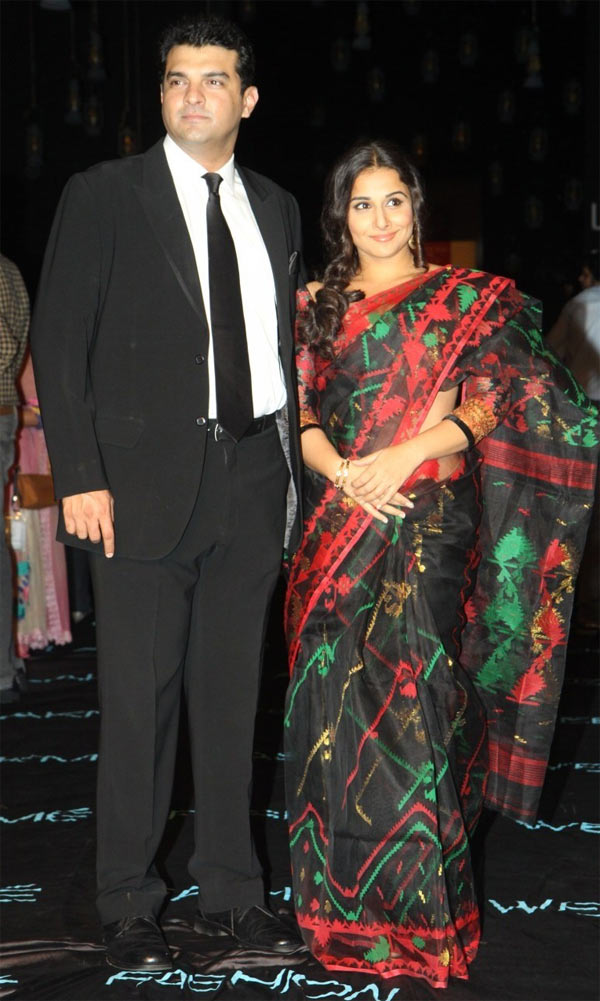 Siddharth and Vidya fell in love while working on No One Killed Jessica.

News of their romance leaked in the media even before the film hit theatres. The two married in 2012.

In an interview with Filmfare Vidya Balan had said, "In the first few months of our marriage I got bogged down by the notion that I had to juggle home duties and work on a new film. He explained that I needn't be a superwoman.

"He understands that if he can go out to work and end up neglecting things at home, so could I.

"Siddharth is meticulous so I don’t bother about the house being in good condition or not. But he always tells me, handle only what you can within your bandwidth. That’s a comforting thought." 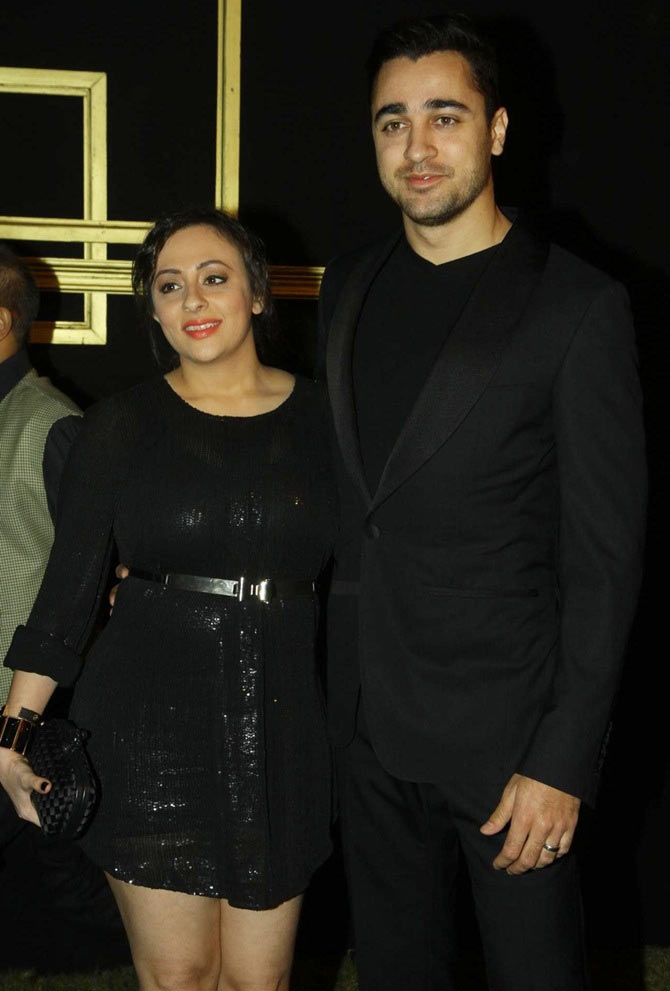 Imran Khan was only 20 years old when he fell in love with Avantika Malik.

They dated for eight yearsand got married in 2011. They are currently expecting their first baby this year.

In an interview with Filmfare, Imran Khan had said, "When my film doesn't do well, she’s the one who takes it worse than I do. If there’s a bad article written about me, she’ll fume and get upset about it. I’m the one telling her that it’s not worth it and that people will forget about it by tomorrow.

"So emotionally, she’s there for me but she takes things to heart more than I do. She reacts to everything more emotionally. But she has always, always, been there for me."