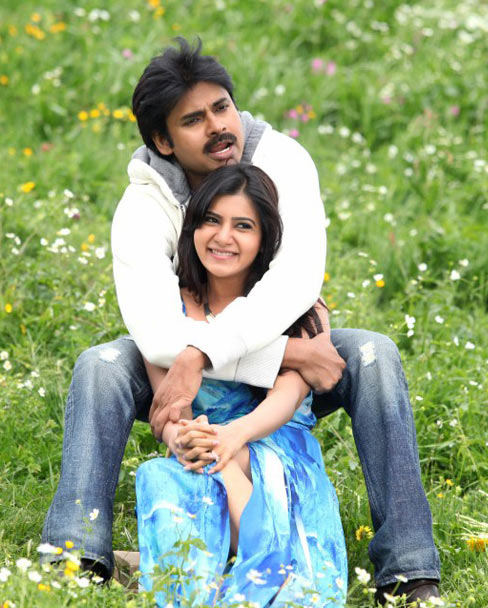 Some of the high-budget Telugu films became the biggest earners at the box-office in 2013. Here are the top five:

The Trivikram-Pawan Kalyan combo worked its magic yet again with the audience.

Attarintiki Daaredi went on to become the biggest hit of the year. 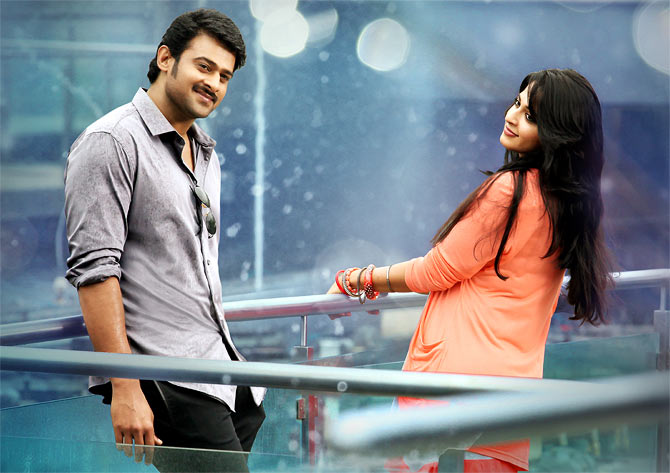 Image: A scene from Mirchi

Mirchi had all the regular commercial staples – love (two lissome heroines), action (an overdose of it), emotion, picturesque locales in Italy, and peppy tunes by Devisriprasad etc.

In addition, there was the tall hunk Prabhas in a dashing well-styled avatar.

It was a saga of revenge, loaded with high-voltage action and a love triangle, but Prabhas shone through it all, ably supported by his leading women, Anushka and Richa.

Nadia Moidu left her imprint as the mother of Prabhas and cemented her place in such roles, having played Pawan’s aunt later in the blockbuster Attarintiki Daaredi. 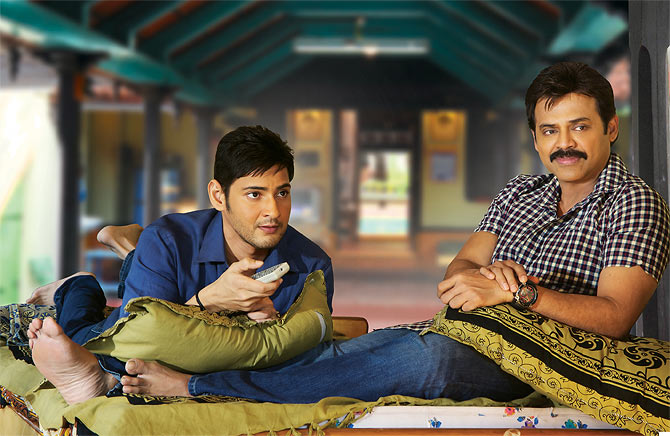 This tale of family relationships and bonding enraptured the audience. Many older viewers saw it a second time.

It was able to rake in the much desired moolah as well as critical approval.

Dil Raju and Srikanth Addala were the much loved stars of the film. They did much to enhance the box-office earnings of the film. 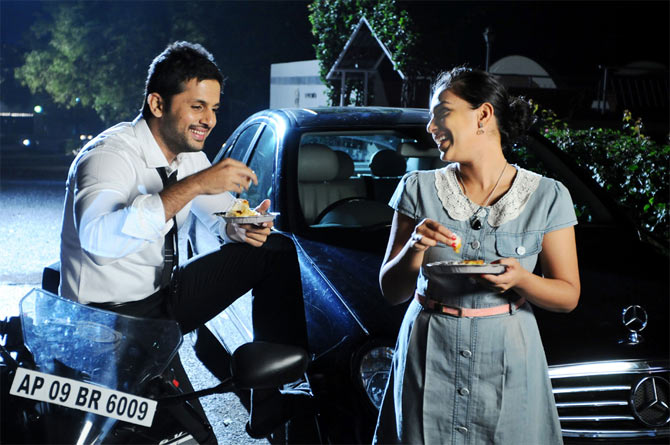 Produced by Nikitha Reddy (Nithin’s sister), this maiden film of Vijay Kumar Konda was a smash hit at the box office.

It added to Nithin’s winning streak (after Ishq). The hit pair of Nithin and Nithya, first seen in Ishq, consolidated their chemistry as a pair with GJR.

Isha Talwar also made her debut in Telugu with this film.

The director skilfully patterned a slightly different screenplay and added lots of comedy to boost the entertainment quotient. This worked in the film’s favour at the BO. 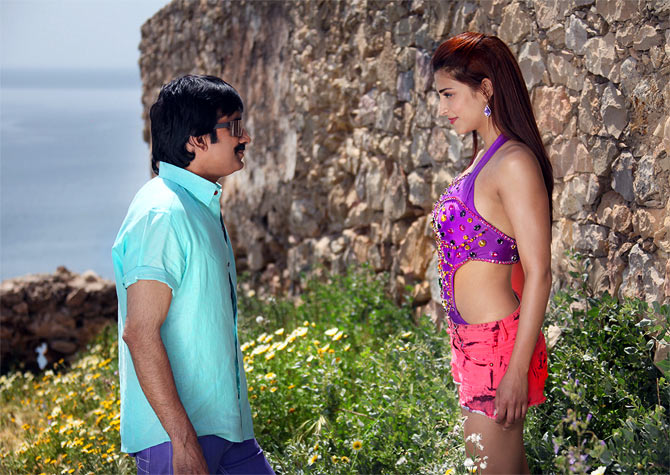 Balupu was a regular potboiler but it saved Ravi Teja from the lean patch of failures he was going through.

The film was quite successful at the box office. It had nothing new to offer, but Ravi Teja made up for the lack of other ingredients.

Shruti Haasan upped the glamour factor of the film with her stylish clothes.

Between Ravi Teja and Brahmanandam, there were plenty of gags to keep audiences happily entertained.