The 5 MOST INTERESTING revelations from Koffee With Karan 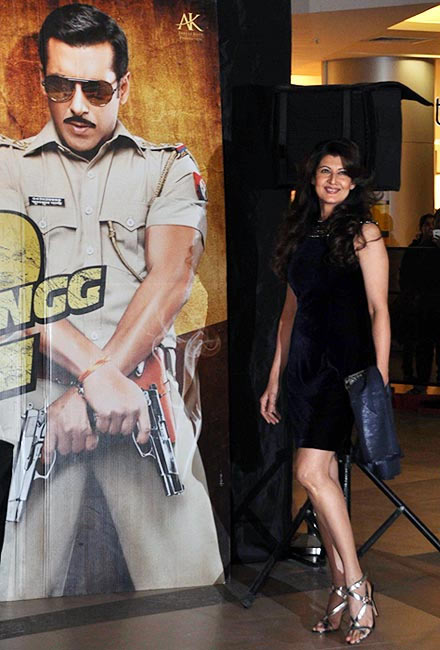 Koffee With Karan -- Bollywood's treasure trove of interesting anecdotes and trivia -- has racked up some interesting revelations in season four. The top five of the lot.

With its ongoing fourth season, Karan Johar and his celebrity talk show are scaling new heights in documenting Bollywood history.

Amidst claims of virginity and an aversion to Hindi films (yes, at least two actors, who make their living by acting in Hindi films admitted to not having watched them), numerous trips down nostalgia lane, instances of incredible camaraderie and stars who returned to the show with a strict resolve to toe the fine line between candour and diplomacy, the show has racked some winning moments.

A look at the five most interesting revelations this season so far:

For whom the (wedding) bells toll

Salman Khan's appearance in the inaugural episode was all kinds of explosive.

Besides his candid confessions on virginity, his current equation with friend-turned-foe-turned-friend Shah Rukh Khan, and moving on from past loves, Salman also discussed those who inspired him to work harder and become a star -- Kumar Gaurav and Govinda.

What truly stayed with us was watching Salman talk about his heartwarming proximity to one of his earlier girlfriends, Sangeeta Bijlani.

Sangeeta, Salman revealed, broke off their engagement when the wedding invites had already been sent out.

The former actress found a strong support system in Salman and his family when she split from her husband, cricketer-turned-MP Mohammad Azharuddin. 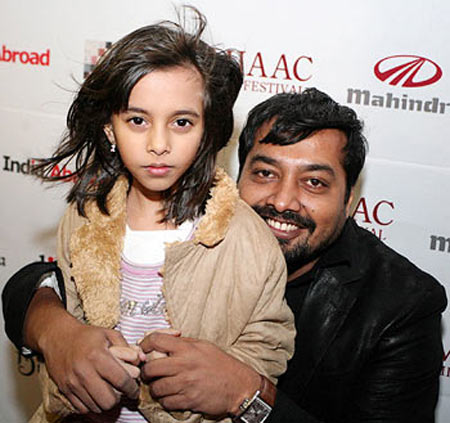 Anurag Kashyap and Karan Johar may have started off on the wrong note -- they were involved in a Twitter spat a few years ago -- but have now turned into buddies and collaborators.

So much so, that Karan readily accepted Anurag's request to promote The Lunchbox, the duo worked on the anthology film Bombay Talkies and now, Johar will be seen in his first-ever significant acting role in Kashyap's Bombay Velvet -- also touted as his most expensive and ambitious project till date.

What really took the cake for us in this friendship was KJo's endearing proximity to Anurag's daughter Aaliya.

During the show, KJo revealed that he shares a very special bond with her. He even styled Aaliya's clothes and hair at Cannes ('I blow-dried her hair in the bathroom!'), when the directors presented their films there last year. 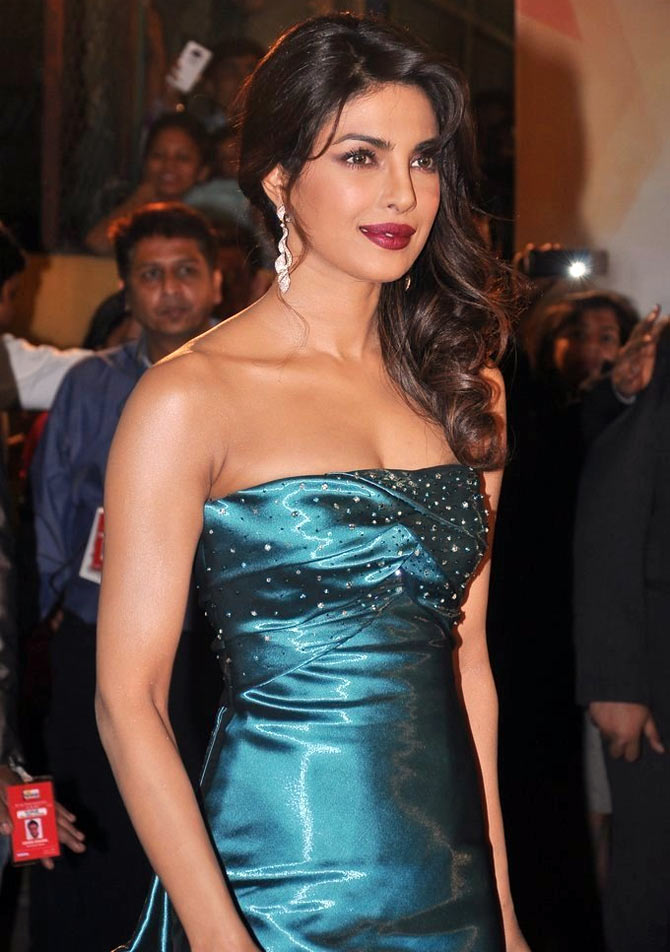 During her appearance on the show, Priyanka Chopra shared her disappointment at being passed over for Best Actress at the Filmfare awards in 2013.

She was crestfallen when the award was handed out to Vidya Balan for Kahaani. Priyanka believed she deserved the award for her performance in Anurag Basu's Barfi!

Karan Johar, who was on stage when the trophy was presented to Vidya, recalls having spotted PeeCee's downcast face in the audience.

'I could tell you were saying a little prayer for yourself when the winner was being announced,' he told Priyanka on his show.

'I got to know early on in the evening that I wasn't getting the award, so I was hugely disappointed. I called up my dad (who was in hospital undergoing cancer treatment at the time) and told him I was coming back from the awards show since I was passed over.'

'But he said I had to stay back and clap for the winner because I'm a sportsman,' Priyanka said.

'It's just that that role (of Jhilmil in Barfi!) had been so hard to portray and I put in a lot of work and thought in it; it was very close to my heart,' she added.

The off-camera side of film stars 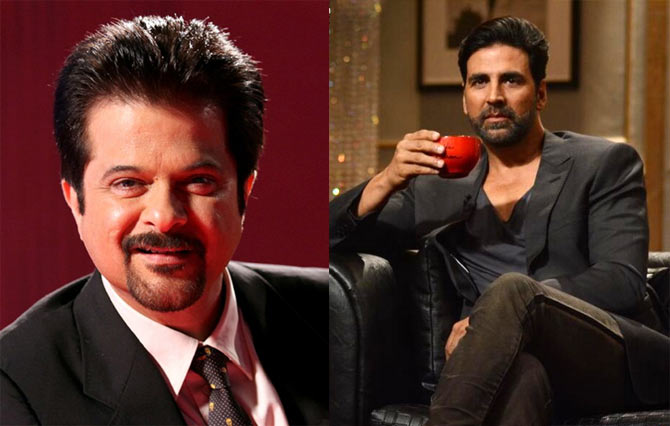 We also learnt that stars aren't necessarily what they appear on camera.

Who would have thought that Anil Kapoor, a most genial star who never scraps with anybody (or gets into controversies), and the gorgeous Twinkle Khanna who seemed mild-mannered at best from her handful of film appearances and social outings, were livewires in real life?

While Akshay Kumar and KJo exchanged notes on the only common ground between them -- Twinkle -- who is married to the actor and is KJo's childhood friend (more on her here), Akshay recalled an incident involving Kapoor's hilarious boast.

'Once, when I reached the studio to dub for Welcome,, Anil was coming out. He called out to me and said, 'Akshay, I saw the film. You're nothing in front of me in it,' and I won't use the (curse) word he used with it,' Akshay said, adding that he loves Kapoor's frankness.

In another episode featuring Ranveer Singh and Arjun Kapoor (Anil's nephew), the latter did a hilarious impression of his uncle praising someone with cuss words.

Sonakshi and Shahid indulge in some gandi baat 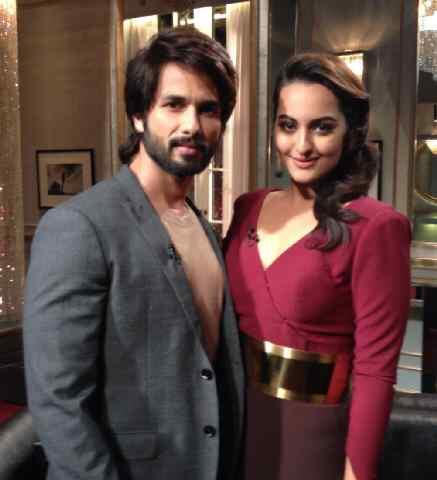 While R... Rajkumar stars Sonakshi Sinha and Shahid Kapoor's episode was relatively sedate, things gathered steam when the duo made fun of their film's director Prabhu Dheva's style of working on the sets.

'Come, left, right, go, now do' they explained how it went during shoots.

Last heard, the mild-mannered director hadn't taken kindly to this.