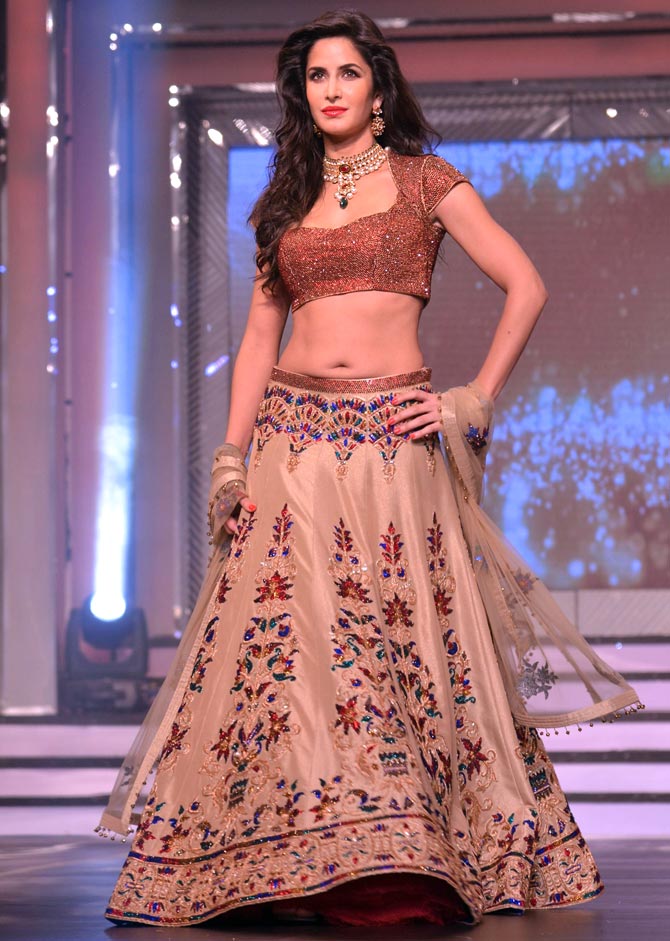 The event was held at Yash Raj Studios in Andheri, a western suburb in Mumbai, and was organised by the director's wife Pamela.

Click Next to see more pictures from the event. 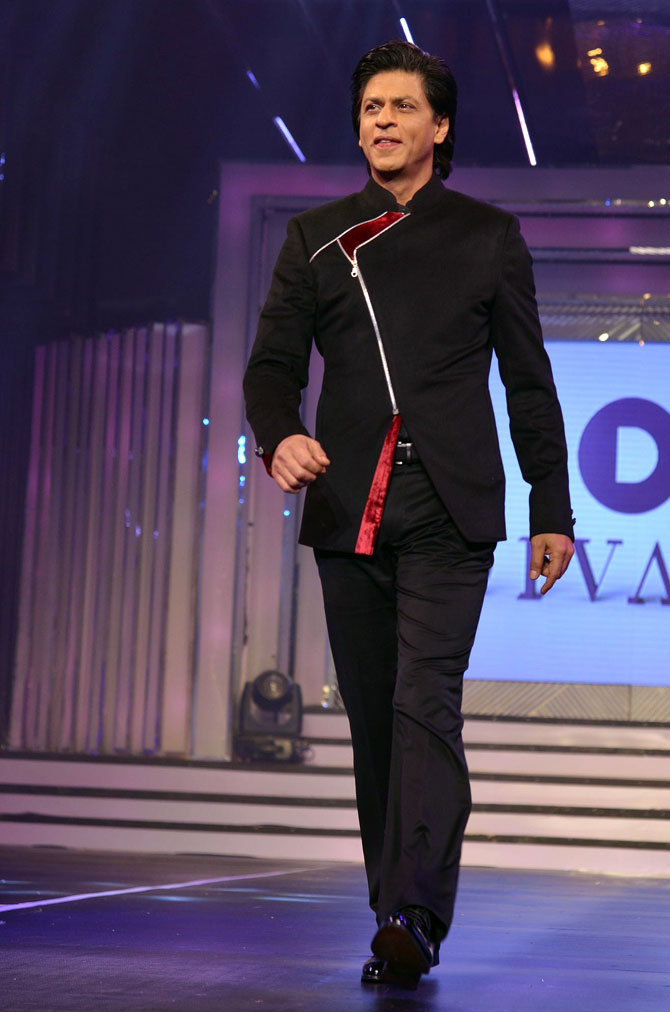 Shah Rukh Khan was the showstopper for the evening.

The superstar has worked in four Chopra movies -- Darr, Dil To Pagal Hai, Veer-Zaara and Jab Tak Hai Jaan. All of them were superhits.

"I am happy to have worked with him in so many films," SRK said at the event. "I got chance to be with him and interviewed him on his last birthday. He looked at the inner beauty of women and presented them in a beautiful way." 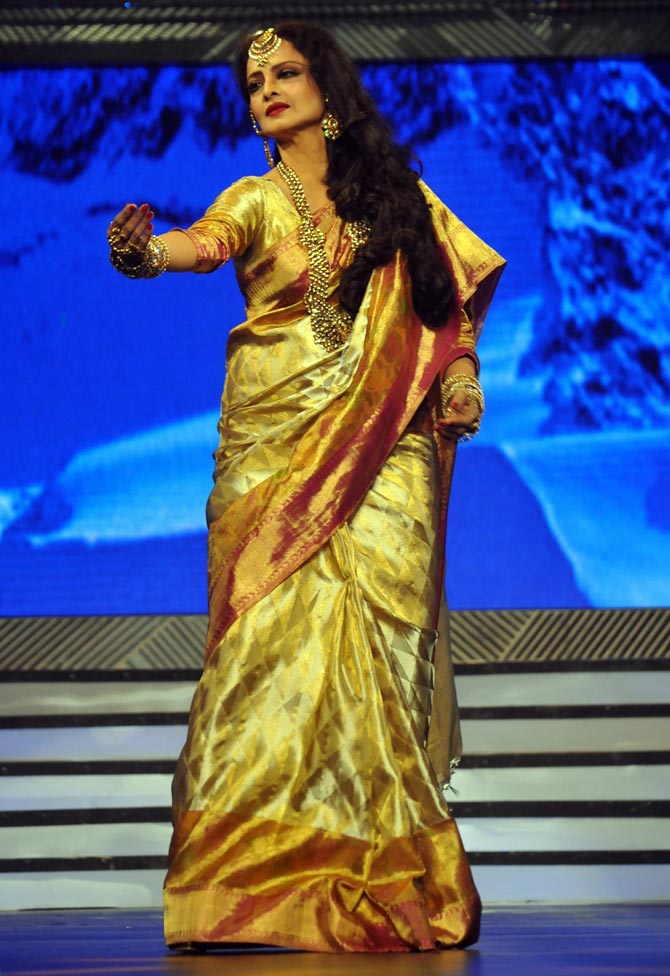 Rekha, who worked with Chopra in two films -- Silsila and Faasle -- wore her signature gold Kanjeevaram sari, and grooved to the song Yeh Kaha Aa Gaye Hum from Silsila.

She even recited the famous words in the song, Main Aur Meri Tanhaai, which were spoken by Amitabh Bachchan in the film.

"I thank Yash Chopra from the bottom of my heart to present me in a beautiful manner in his films. We will miss you," she said. 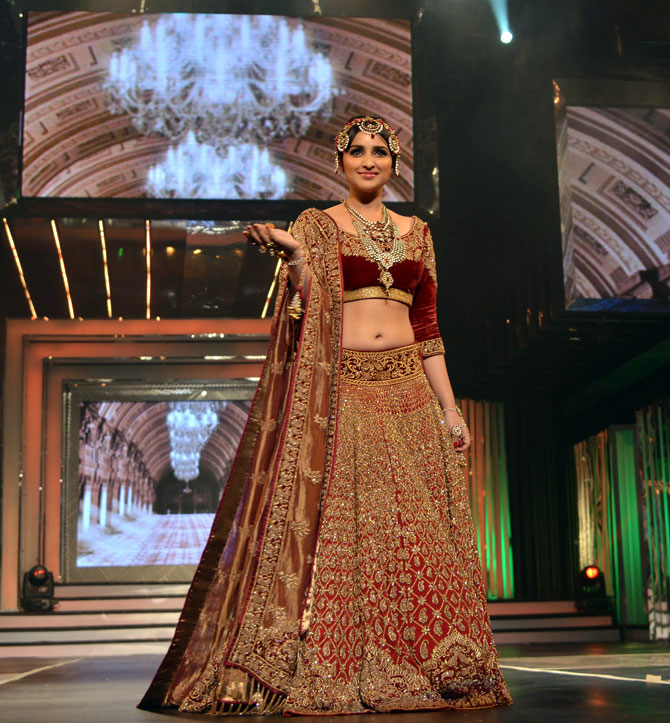 "All these actresses have one thing common -- they were all directed by Yash Chopra," she said. "That’s something I missed. But I had the honour of meeting him almost everyday, whenever I was here (at the YRF studios) and also had the pleasure of having lunch with him on many occasions.” 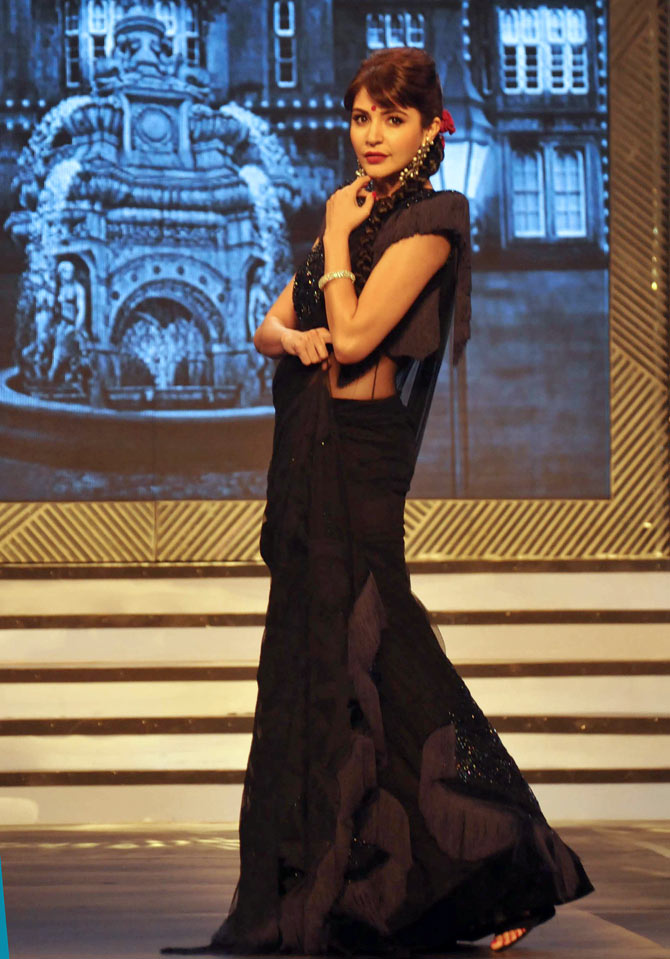 “So early on in my career I got the opportunity to be a Yash Chopra heroine and it was mesmerising to watch the man at work," said Anushka. "It was so inspiring and it is something that will always stay with me.”

Anushka made her debut in Yash Chopra's production, Rab Ne Bana Di Jodi, and worked in other films under his banner like Badmaash Company, Band Baaja Baraat and Ladies vs Ricky Bahl. 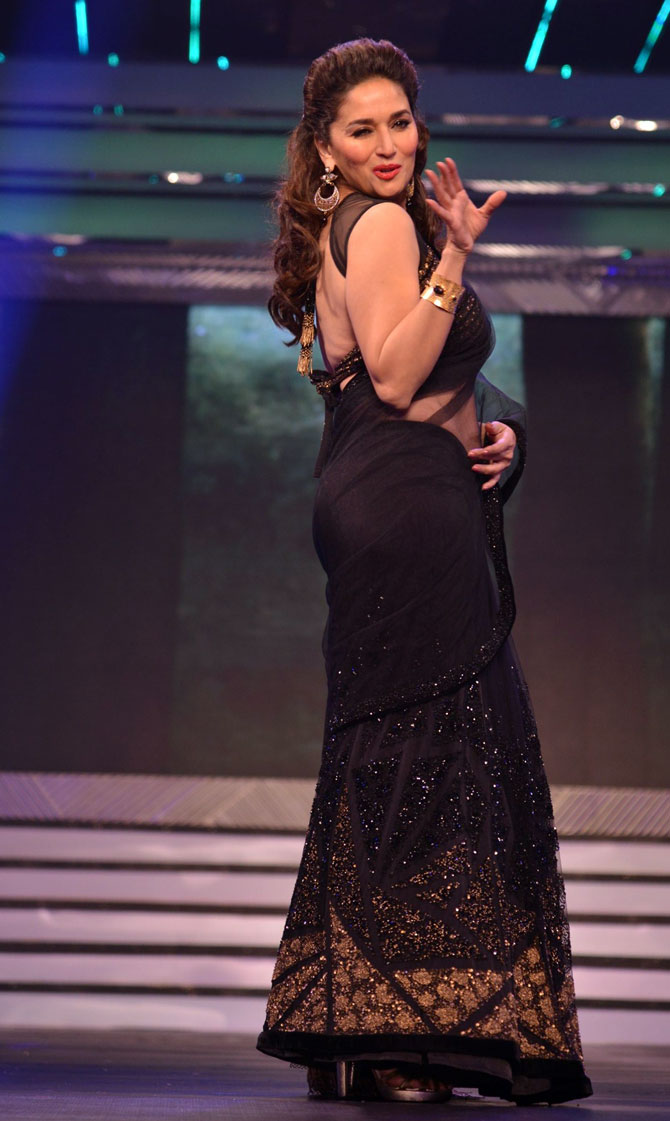 The actress worked the director in the big hit Dil Toh Pagal Hai and her comeback film Aaja Nachle was produced under the Yash Raj Films banner. 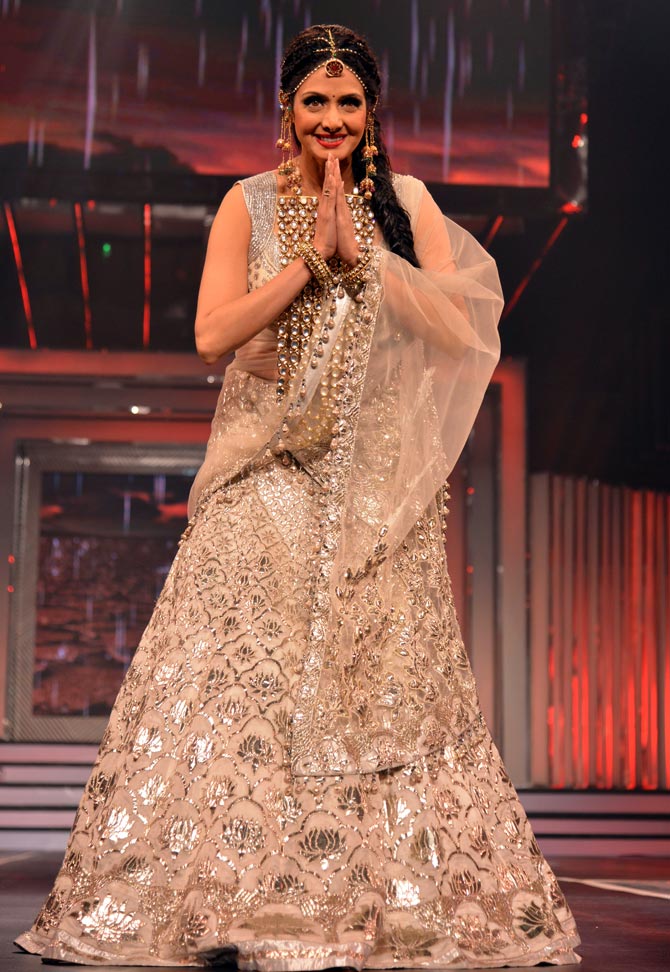 Sridevi had to wear white.

After all, that was the colour Yash Chopra made her look gorgeous in, in the film Chandni.

Sridevi accessorised her white and silver Rajputana Rajasthani ghagra with some heavy jewellery.

Sridevi also worked with Chopra in Lamhe, one of his personal favourites. 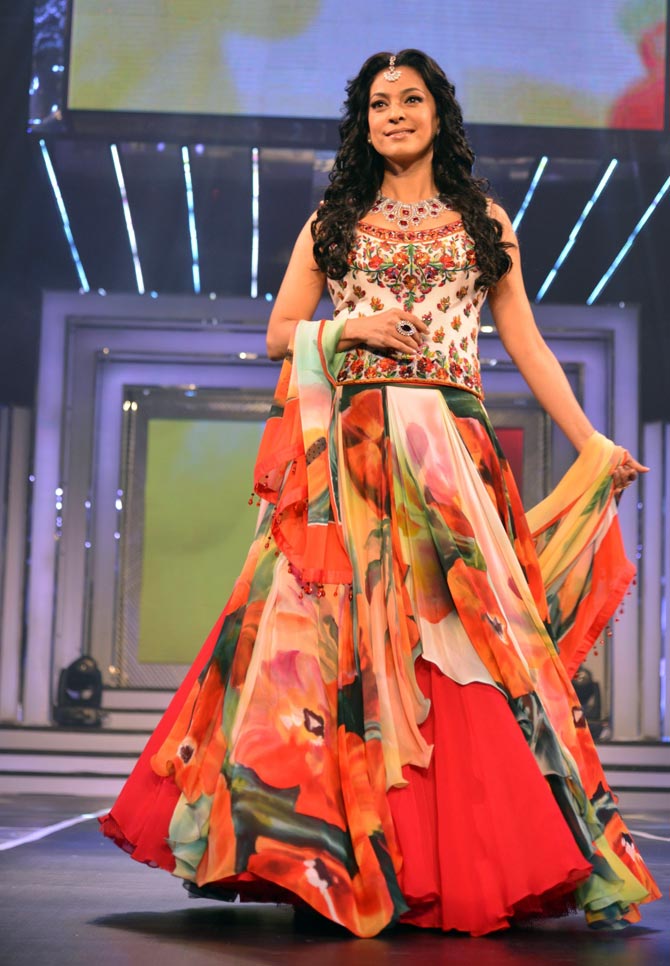 Juhi Chawla started her association with Yash Chopra with a cameo in Chandni and later went onto to work in his blockbuster film, Darr.

Wearing a floral printed ghagra, Juhi said, “I had stepped into the film industry and he cast me for a guest appearance in Chandani. It was a dream come true. Later, I worked with him in Darr. I am happy I got to work with him. I am excited to be here to celebrate his birth anniversary." 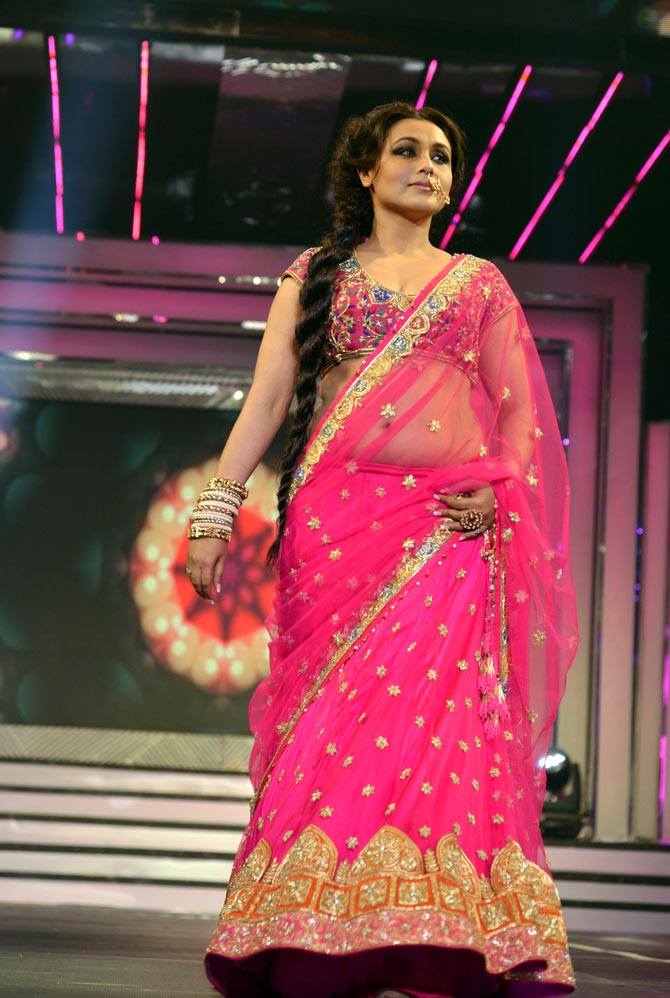 The actress, who worked with the director in Veer-Zaara, got teary eyed as she said, "I miss you, Yash uncle. I feel sorry I couldn't make a cake for you on your last birthday, as I was busy with other commitments. I miss you everyday." 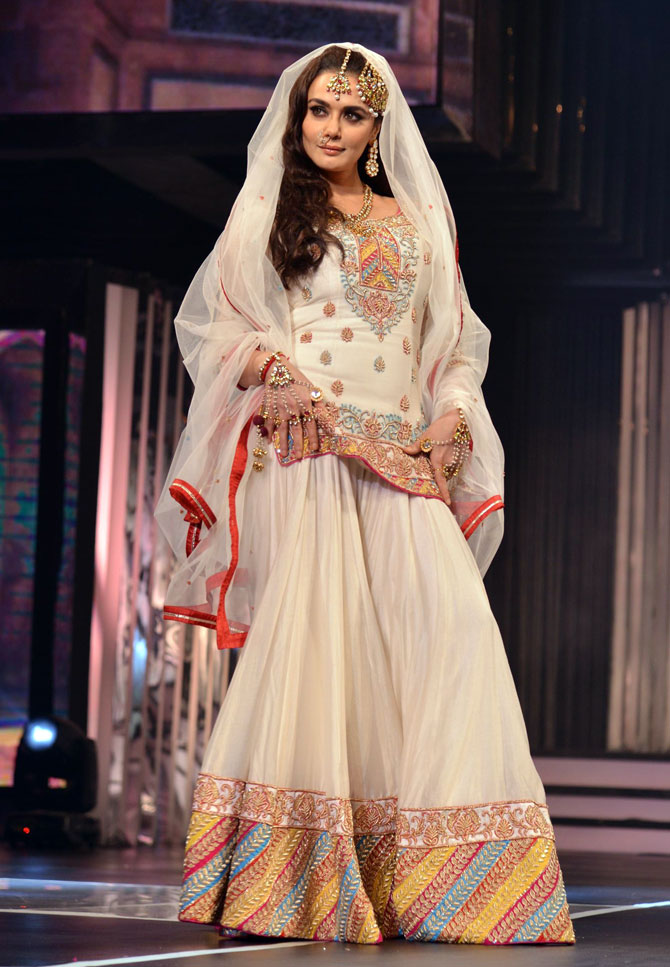 Preity Zinta, who worked with Chopra in his film Veer-Zaara, walked the ramp in a Kashmiri white sharara. 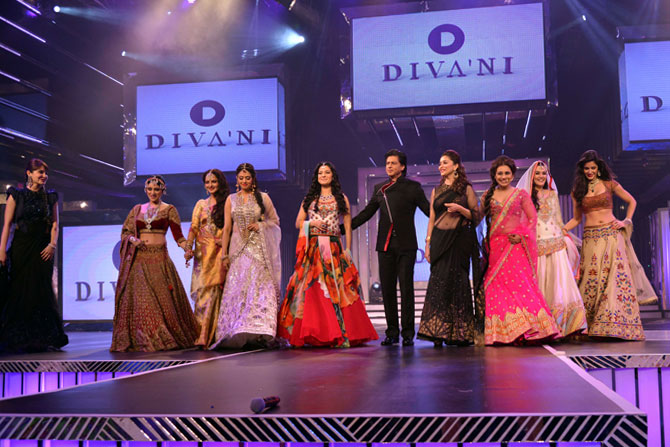 At the end of the show, all the stars came on stage for a curtain call, making a historic picture.