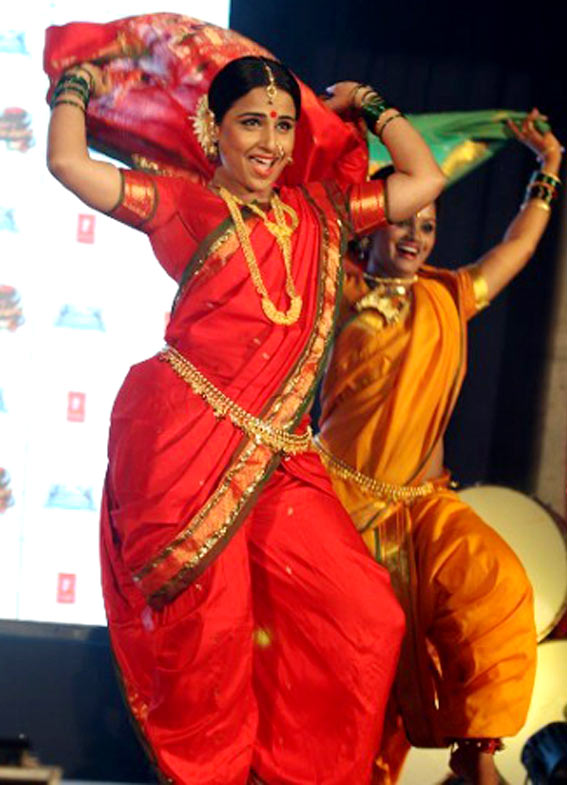 On International Dance Day, we look at dance styles in the movies.

Be it cuisine, clothing or culture, India's colourful diversity reflects in its various dance forms as well.

From classical to folk and tribal, its numerous varieties have influenced Hindi cinema's choreographers to devise intricate moves and rousing moments in part or entirety.

Over the years, however, things have taken a rather exploitative turn with choreography acquiring an unabashedly bawdy taste. Even then time and again, it takes a break from this monotony of brazenness to unearth an exquisite dance from its rich heritage.

On that note, here's a look at the various instances of different classical dance forms in choreography of Hindi films.

Heralded for her gift to get under the skin of a character, Smita Patil delivers a dazzling performance doing the Maharashtrian folk dance, lavani in a traditional nine-yard sari and nose ring while essaying an actress in Shyam Benegal's critically-acclaimed Bhumika.

Lavani has staged a comeback of sorts what with Vidya Balan and Rani Mukerji unfolding its merits in their films, Ferrari Ki Sawari and Aiyya respectively. 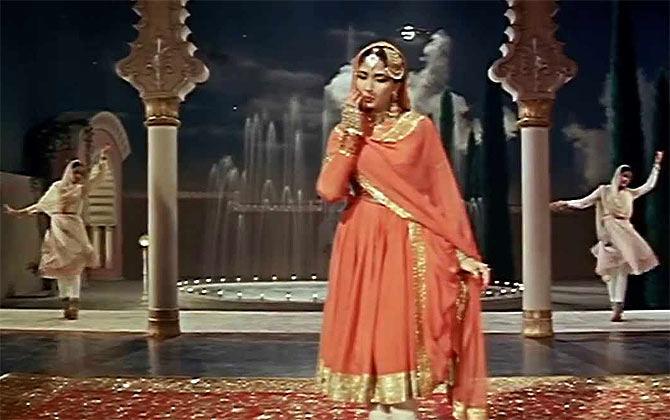 One of the most prominent dance forms to emerge from Uttar Pradesh, Kathak began to be primarily associated with courtesans.

Endorsing this detail, Meena Kumari ties on the characteristic ghungroos to display some stunning Kathak-themed footwork to the beats of Inhi logon ne as a nautch girl in Pakeezah. 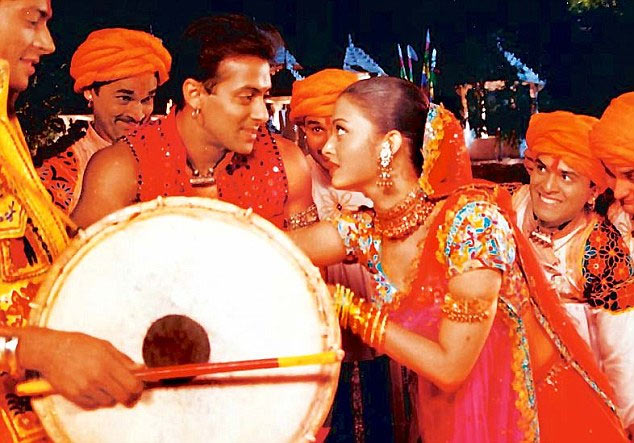 Sanjay Leela Bhansali's big screen version of Gujarat on a glittery platter offered a few gorgeous glimpses of its culture including their popular dance, Garba. 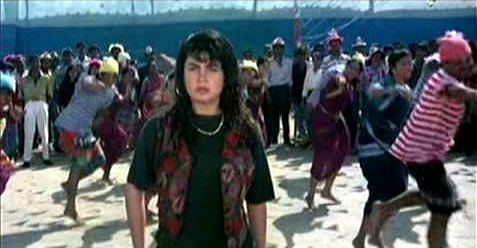 The vibrant Koli community of Maharashtra and Goa enjoys a distinct identity with their brand of dressing, music and dance.

The beauty of this group dance, where both men and women join in to make merry, lies in its simplicity and synchronization.

Mahesh Bhatt employs its fervor to insert an interesting situation into his breezy rom-com starring Aamir Khan and daughter Pooja. 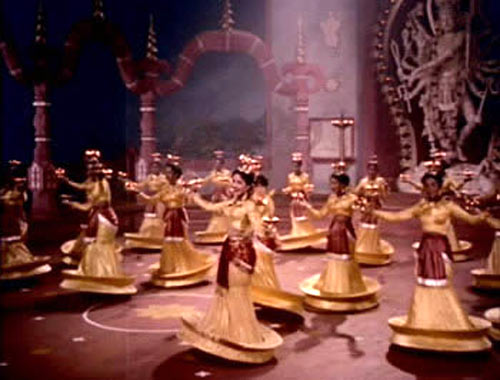 Not many films celebrate the eclectic, electric nature of dance and the passion that envelops it in the manner V Shantaram's Jhanak Jhanak Payal Baaje does.

The musical -- starring his wife Sandhya and dancer Gopi Krishna -- packs in several classical forms of Indian dance, including a breathtaking piece, which take obvious inspiration from the eponymous Manipuri. 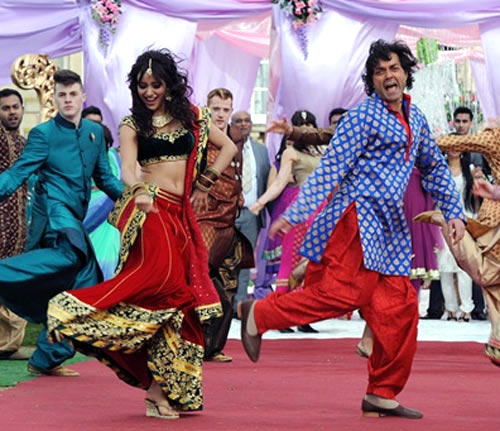 Like its lively music, Punjab's flair for energetic dance too has captured the fancy of majority.

With almost every second film featuring a bhangra track, its popularity is impossible to overlook.

Bobby Deol gets into the spirit of balle balle and the paraphernalia associated with it to the tunes of Charha de rang from Yamla Pagla Deewana co-starring his family Dharmendra and Sunny. 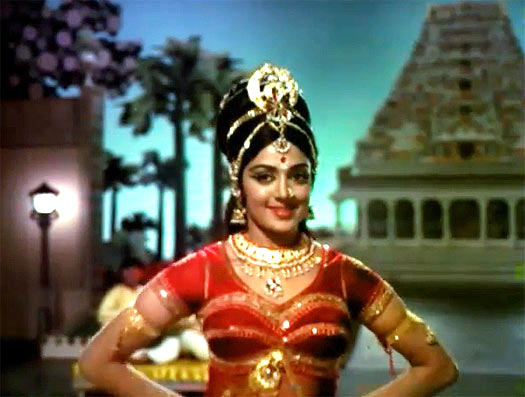 The imagery of a Bharatnatyam dancer moving against the rhythmic pattern of Carnatic music is one of Tamil Nadu's iconic offerings.

Trust Hema Malini, a dancer and actress trained in this dance form to convey its delicate nuances and expressions with such effortless fluidity during one such recital from the 1960s romance drama, Abhinetri. 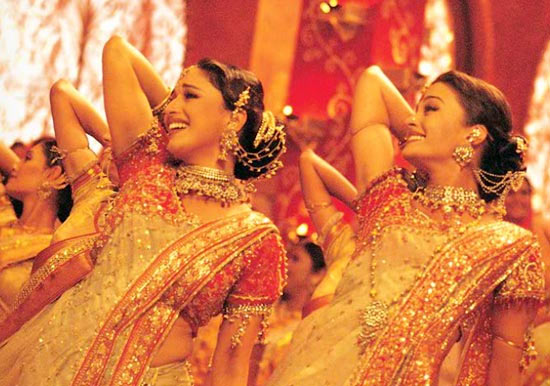 The occasion of two of Bollywood's most proficient dancers and renowned beauties -- Madhuri Dixit and Aishwarya Rai -- coming together in so grand it demands innovation.

And so choreographer Saroj Khan blended a few classical varieties like Kathak, Bharatnatyam and Nautwary to concoct the awe-inspiring Dola re in Devdas against the backdrop of an elaborate Durga Pooja. 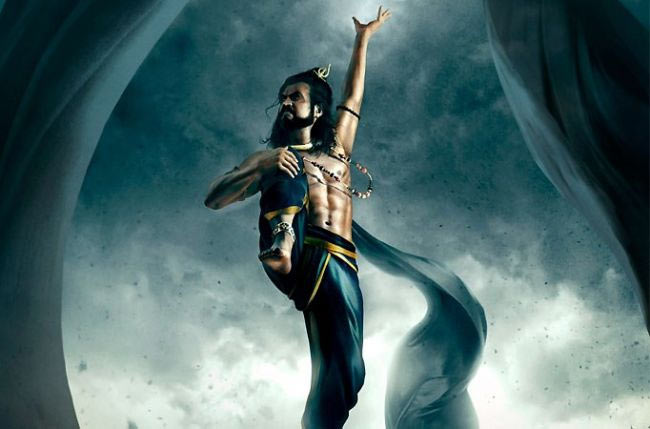 Inspired by Hindu deity, Lord Shiva's blazing cosmic dance, tandav is not so much about technique as it is about force.

Meenakshi Seshadri, with her expertise in Bharatnatyam, Odissi and Kuchipudi, understands this only too well to express it with fierce conviction in her career-best performance in and as Damini.

As does Rajinikanth in his forthcoming film, Kochadaiiyaan. 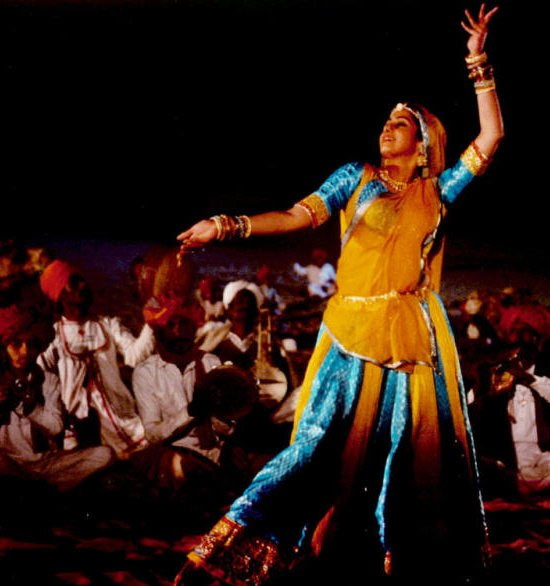 Against the Rajasthani folk songs, dressed in all their traditional finery, the Kalbeliya dancers exhibit some lithe moves and dizzy rotations.

This attractive feature of the desert state is finely captured in Lamhe's Morni baga number featuring Sridevi and Ila Arun at their effective best. 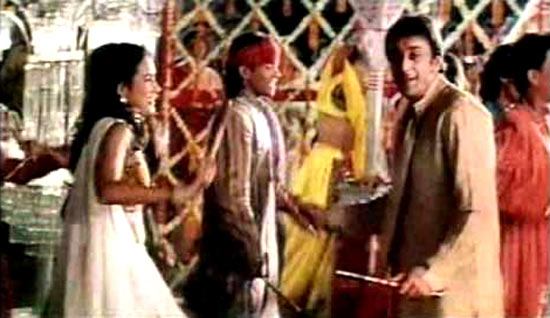 The frothy coordination of striking a pair of sticks with your partner while moving about a constant circle to thumping beats is part of its allure. No wonder it makes for a rather eye-catching visual in the movies. 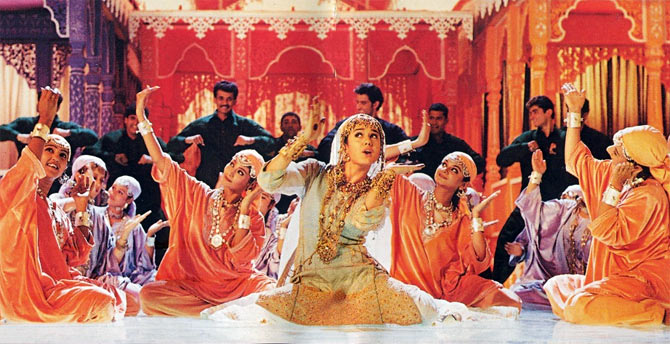 Set in the troubled paradise, Kashmir, Vidhu Vinod Chopra's mostly grim drama pauses once in a while to showcase the spirited side of its culture and music through the folksy Bumbro and Hrithik Roshan-Preity Zinta's vivacious expression of its many dance forms like Rouf. 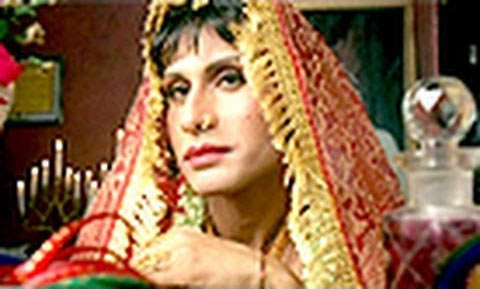 Flamboyant members of the transgender community gather together to regale and rejoice at a celebration or festive occasion, classified as the Launda dance, in North of India.

In Kalpana Lajmi's Darmiyaan, a touching story of one such individual, played by Arif Zakaria, the latter demonstrates the above in the brightly-picturised melody, Haay re haay laala. 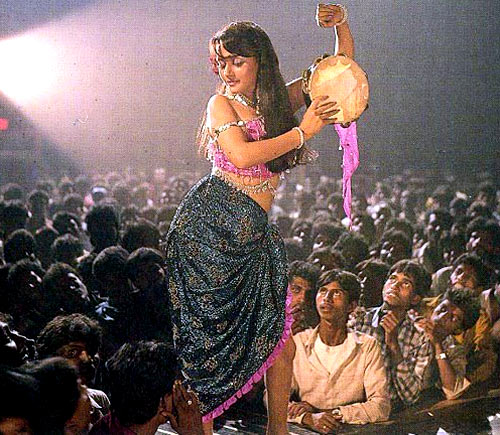 And while all these classic dance forms and countless more are much too valuable and profound in their expression to ever lose its sheen, they have inspired choreographers to design its very own brand and variation, quite simply known as the Bollywood dance.

While purists may frown upon its merit, its popularity has to be seen to believe.