In a film career that spanned 55 years, veteran director Lekh Tandon dabbled in everything from direction to production to acting to script-writing to television.

With films like Amrapali, Jhuk Gaya Aasman, Professor and Prince to his credit, he worked with some of the industry's biggest stars like Shammi Kapoor, Vyjayanthimala and Rajendra Kumar.

He is also credited with discovering Shah Rukh Khan, whom he cast in his television serials, Dil Darya and Doosra Kewal. He later acted in the Shah Rukh starrers Swades, Paheli and Chennai Express.

Tandon, who was 88 and working on his new film, passed away on October 15. 'When Shah Rukh came into industry, he wanted to do serious roles. He did not want to be a star then.

"He was not ready to dance. (Choreographer) Saroj Khan would get upset with him. But today, he dances in his films.'

Lekh Tandon, who gave Shah Rukh Khan a break in showbiz, talks to Patcy N/ Rediff.com about his relationship with the superstar.

There have been many who helped Shah Rukh Khan become the superstar he is today.

Among them is filmmaker Lekh Tandon, who was the first person to sign the actor.

The project was a television serial called Dil Darya, Shah Rukh's first show, even though it wasn't his first release.

Shah Rukh, in turn, showed his gratitude when he cast Tandon in films like Swades, Paheli and Chennai Express.

When I was making my television serial, Dil Darya, I had left a message at Sushma Seth's home that I would like to work with her daughter, Divya.

So she sent her daughter to the producer's house. I was sitting on the verandah. Divya Seth got down from her car and the driver was Shah Rukh Khan. He dropped her off and was leaving when I asked her to call him back.

When he arrived, I told him that if he cuts his hair, I would give him work in my serial.

He asked, 'What if I cut my hair and you don't give me the job?'

I told him to cut his hair and come and we would see.

He cut his hair and I gave him a role in Dil Darya.

My friend (Colonel Raj Kapoor) saw his work in Dil Darya and cast him in Fauji. Dil Darya was telecast after Fauji.

After Dil Darya, I cast him in Doosra Kewal because he was very talented.

In 1993, we were supposed to do a film together called Bada Aadmi. It was produced by Prem Lalwani and I was going to direct it. It also starred Juhi Chawla.

Juhi had some problems during the shoot and Shah Rukh fought for her and left the film. The film later got shelved.

Today, Shah Rukh Khan has reached great heights. I don't take any credit for casting him in my serials because they were all his achievements.

Shah Rukh has helped all those people who helped him at the beginning of his career. I wanted to be a director and I wanted him to help me. But he made me an actor (in Swades).

He helped the Mirza brothers (Aziz and Sayeed Mirza) later as well. I have become an actor because of Shah Rukh. I am grateful to him because, had he not given me the chance, I would have never acted in a film.

I was called to his office. Juhi Chawla's brother Bobby (the then CEO of SRK's production house, Red Chillies Entertainment) spoke to me and offered me the role.

I was not doing anything at the time so I agreed, but I did not charge any money. I have not taken money for any film that I have acted in till date, except my last film, Chennai Express. Director Rohit Shetty had approached me for that. I have worked with his father, fighter Shetty.

I did not want money for Chennai Express but Shah Rukh, who was producing the film, kept sending someone from his office to me to ask about my fees. I kept saying no until, one day, I got upset and told me to give me whatever he wanted.

I think that offended him and he stopped giving me work. But he paid me a hefty amount of Rs 11 lakh for a very small role.

'When Shah Rukh came into industry, he wanted to do serious roles. He did not want to be a star' Shah Rukh gives me a lot of respect; he touches my feet and speaks to me very nicely.

He is a very good man, a very good father. I hear good things about him. I have never been to his house and have met his wife only once.

There was a time when he was like a son to me.

Shah Rukh's motive was to make a place for himself in the film industry and to make money. He has achieved both because of his hard work.

When he came into industry, he wanted to do serious roles. He did not want to be a star then. He was not ready to dance. (Choreographer) Saroj Khan would get upset with him. But today, he dances in his films.

I wish him all the happiness. I pray for his family. 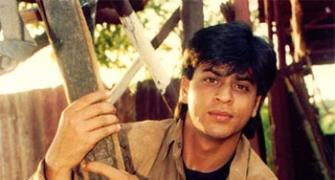 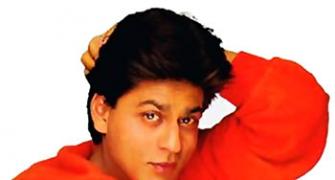 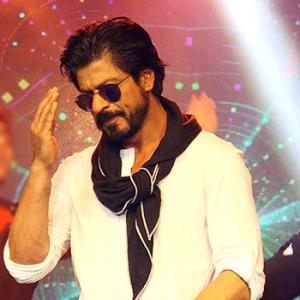 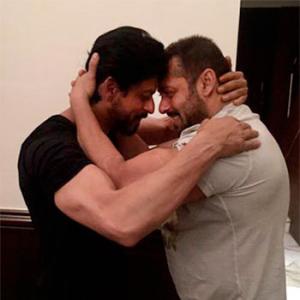