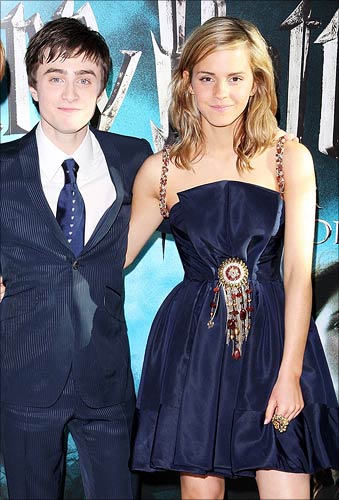 Amy Winehouse has entered the Sunday Times' list of Britain's Richest Young Millionaires with an estimated fortune of 10 million pounds. The 24-year-old singer ranks 10th in the top 100 richest people in Britain aged 30 and under, reports The Telegraph.

Harry Potter star Daniel Radcliffe, who has added 3 million pounds to his wealth in the past year and is now worth 20 million pounds, is the richest actor in the young millionaires list.

Radcliffe's costar Emma Watson is a new entry on the list with 10 million pounds, while fellow Harry Potter star Rupert Grint, has 7

Michael Owen, of Newcastle United and England, is the richest young footballer with an estimated 41 million pounds while another England footballer, Wayne Rooney, of Manchester United, and his fiancée, Coleen McLoughlin, have a joint wealth of 35 million pounds -- tying them in 13th place in the young millionaires list with Princes Harry and William.