Review: Karle Pyaar Karle is a waste of time 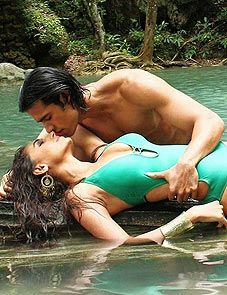 ‘Logic gets suspended here as easily as gravity in space and there is no motivation whatsoever behind any action in Karle Pyar Karle,’ feels Paloma Sharma.

Phew! Just wanted to get that out of my system.

You see, the phrase Game On! stands for hello in KPKian. It also means goodbye, thank you, please, get lost, I love you and more often than not, it stands for "I don't have dialogues or a plot. Ha ha!"

I just asked you to pass the salt, in KPKian. Don't worry, the language eventually grows on you -- as a mushroom grows on (and sucks the nutrients out of) a dead, decaying tree.

What is this KPKian, you ask? Why, it is none other than the native tongue of Lavasa City, capital of the Union Territory of Roadiesland, Chandigarh.

In a college in Lavasa, which looks eerily like a mall, there exists a university where Jassi (Aham Sharma), son of the local gun/butcher/industrialist, studies. He runs his own little gang of merry, blond-streaked men who have a fight club within the premises of the institute.

Kabir (Shiv Darshan), the tall, muscular young man with a dark past, fearlessly challenges Jassi's authority, getting into a fist fight with him within five minutes of their first meeting. Love at first sight. In fact, their first meeting is so magical that it seems like it was in a movie -- Never Back Down, to be precise -- word for word.

Now here's the twist: not only have Ken and Barbie met before, they were childhood friends who only caused trouble, trouble, and more trouble together. Now, as their friendship begins to blossom into love, will they ever find a way to be together?

You probably already know the answer.

Nevertheless, Karle Pyaar Karle keeps you guessing. Just when you think Kabir is a bigger psychopath than Preet, you are proved wrong, and vice versa.

Kabir and Preet are toh the total daring type only. Kabir does not fear death and so goes on to perform a billion different stunts and feels pride in getting himself arrested. Preet loves to throw black paint at ministers, and throw tantrums and egg on dangerous, egoistic men with guns in their hands.

Your suspicions are confirmed when Darshan's character mentions that he is 6'2" and wears pants so tight that you can make out the junk in the trunk.

Shiv Darshan and Hasleen Kaur -- who, incidentally, also learned dialogue delivery by imitating Dharmendra -- only outdo each other when it comes to being my reason for begging the usher for some aspirin.

Most other faces remain unrecognisable (for their own good) save for Mahesh Thakur. It is sad that director Rajesh Pandey had one experienced talented actor and chose to typecast him as the father of Kabir. Unless the potential here is recognised, I'm worried that Thakur might be on his way to being the next Alok Nath.

Prashant Singh manages to salvage a bit of the film with his composition, O Darling. Suneel and Shakeel Azmi's lyrics, Mera dil Dilli, tu sarkar are bound to appeal to a whole lot of young lovers out there.

Karle Pyaar Karle's eponymous title track is fun. It’s one of those things you'd like to play over and over again at a house party. However, when it comes to the slower, more senti songs, move on and don't look back.

Karle Pyaar Karle is definitely a potential Bollywood hit with mass appeal. It has all the right ingredients:

1. Groping, stalking and assaulting female characters (to which said female characters seldom object)
2. Making fun of the other guy by telling him you're straight and not interested in him
3. The villain punishes the heroine by trying to make her marry a man of African origin - or as Ken and Barbie call him, "Kala sand.”

Logic gets suspended here as easily as gravity in space and no one has any motivations for their actions. All's well that ends well, and at least this one ends. Period.

The only thing that you will be asking yourself after watching Karle Pyaar Karle is maine pyaar kyun kiya? 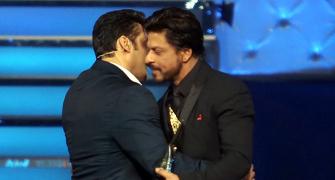 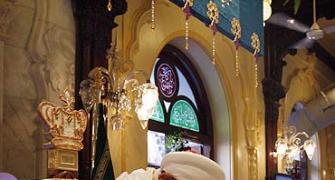 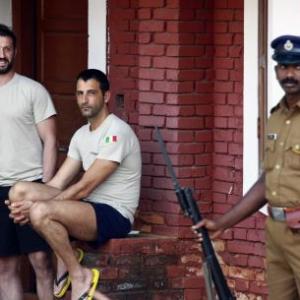 Italian Marines may escape death penalty, thanks to MHA 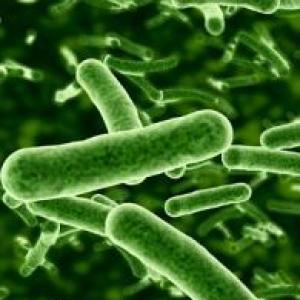