Review: Deadpool is smarter (and stupider) than you think 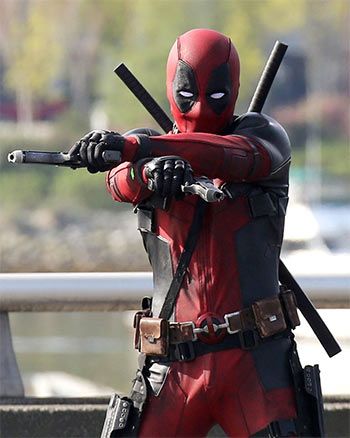 The genius of Deadpool lies in the audacity of its storytelling, raves Raja Sen.

You’re wrong about Deadpool, you know.

I can see it as you start reading this review, smiling as you think you know what you’re in for.

There are many kinds of films you may expect -- as did I -- but Deadpool, true to character, confounds.

This is not an immature work consisting exclusively of pottymouthed juvenilia.

This is not a work of subversion meant to restructure our concept of the superhero universe.

Despite fanboy hyperbole, this is not the cleverest of superhero movies -- and certainly not the most violent.

Instead, in keeping with a pansexual protagonist and his frequent friskiness, it lands somewhere in the middle. Why choose a sphere when you can ream the damn venn diagram?

One thing I can say for sure is that you’ve never seen something like Deadpool.

It feels as if the high-schooler from Superbad, who was so good at drawing penises, got a chance to make The Mask. The humour is feral and vicious and relentless, like an insecure stand-up comic desperately trying to be noticed at a roast.

Everything gets filthy fast, and while the jokes might not all land, they come at you in ceaseless bursts of mostly juvenile shock humour: let’s call it a frat-a-tat-tat attack.

That works great because, if you’ve read the comics, you’ll know that Deadpool is annoying. Oh, I love him to bits, the pop-culture skewering freak, the perpetual smasher of the fourth wall, but to the larger Marvel Universe -- to everyone around him -- he’s a pest.

There’s a reason nobody likes Deadpool (except Deadpool), and Ryan Reynolds nails the character’s self-made forcefield of farce. He jokes all the bloody time because, like a comedic shark (or, I daresay, Don Rickles in spandex), he can’t stop, he’s propelled by his own idiocy. Therefore, when the testicular jokes feel like they’re getting a bit much, well, they’re meant to. (Just like Wolverine, nudge nudge wink wink.)

That, however, is just part of it.

Director Tim Miller and writers Paul Wernick and Rhett Reese take an unconventional hero and spin out a conventional superhero backstory -- a doomed cancer-patient given a new, mutated lease of life -- but the genius of Deadpool lies in the audacity of its storytelling. The film’s structure, which consists unprecedentedly of two primary scenes and a whole lot of flippantly-narrated flashback, is extraordinary.

All genre rules are told to sod off.

There is no world to be saved.

The villain never seems like much of a threat.

A hero who can’t be hurt -- and who slices his own arm off while talking about 127 Hours. It’s pretty damned insane to consider this movie got made. (A verbose and narcissistic leading man whose story is told over two scenes? Are you kidding me, two scenes? What is this, the Marvel version of Steve Jobs?)

Reynolds is smashing, visibly eager to keep things dirty, going on about Hugh Jackman’s cojones and Liam Neeson’s parenting skills, frequently looking at you and me to keep us up to speed: in a moment of brilliant self-awareness, he even breaks the sixteenth-wall.

He’s matched by equally randy love interest Vanessa (Morena Baccarin of Firefly), a mindmeltingly foxy character who knows what she wants -- especially on International Women’s Day -- takes no nonsense, and is refreshingly far removed from a damsel in distress. Her final line, on discovering her beau’s grotesquely disfigured face, is a peach.

I'd tell you more about the characters and quote my favourite lines, applaud the Monty Python references and all that jazz, but consider my lips stitched together. This is unmistakably a comic-book film, and some fun new X-Men show up, but you don’t need to know any more than the fact that this film really earns its exclamation marks.

Discover all that rude cheek on your own and revel in the surprise. And, like d**k-in-a-box, it’s all surprise. Wham!

PS: The Indian censors have cruelly sliced off many a swearword in this delightfully profane film and replaced shots of nudity they think Indian adults can’t handle. My suggestion to you, my rightfully outraged friend, is to look up the postal address for the Central Board Of Film Certification and mail them an envelope full of talcum powder with a question mark on it. Deadpool would be proud. 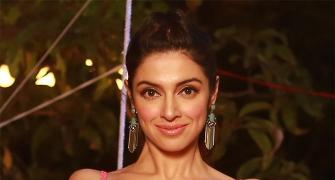 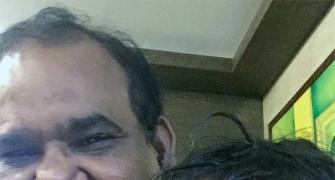 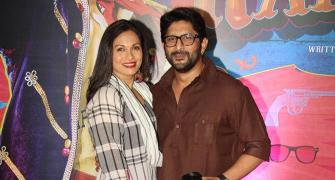 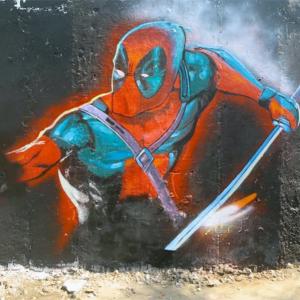