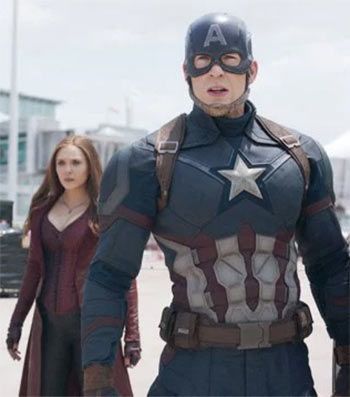 A Marvel film so good it makes all the others feel like a prologue, gushes Raja Sen. (Also, stay for the two end-credit scenes.)

Despite the existential disgust expressed by Edwin Starr in that song all those years ago, there exist far too many affirmative answers to that question: it’s good for gunrunners, media outlets, separatists, posturing Presidential candidates and, clearly, for Marvel Studios -- whose superheroes have never, ever looked better.

Why, though,  are earth’s mightiest heroes fighting each other in the first place?

The idea of critiquing collateral damage from battles in superhero movies, considering all the computer-rendered rubble and skylines toppling in 3D, is almost as old as the genre itself, with examples on every level of the quality spectrum -- from The Incredibles to Batman V Superman -- and the new Captain America film deals with the politics of this crisis.

A Superhero Registration Act is proposed, with a United Nations squad to control if and when to deploy super-powered heroes.

Considering that the Avengers can’t get through breakfast without an argument -- or without some philistine pouring coffee grounds in the garbage disposal -- it isn’t surprising that this leads to debate, but nobody quite anticipates an impasse this formidable.

In the red tights stands Tony Stark, Iron Man, the billionaire egomaniac who, after his own significant fumbles in the face of adversity, seems all too keen to relinquish responsibility and make superheroes answerable to a neutral body who, he trusts, should know better than, say, Earth’s Most Impulsive Heroes.

In the star-spangled corner stands Steve Rogers, Captain America, a soldier who once socked Hitler and who feels that heroes should take responsibility for their own actions and, given governments and their contrary agendas, “obeying orders” may not always be the best course of action.

Heavy stuff to chew on, and while naturally avoiding the obsessive level of discourse favoured by the comics in Marvel’s Civil War series 10 years ago -- an 11-issue series called Frontline, for example, featured two journalists locked in deep conversations about ethics, responsible reportage and the greater good -- this film, after a fantastic opening action scene, does indeed feature a lot of serious talk.

Yet, preposterous as it may seem, this approach works wonderfully, thanks to the eight years and 12 films Marvel has released before this.

Over the course of the last few years, characters -- like Cap himself -- have grown from stereotypes to heroes with fully-fleshed personalities with well-defined conflicts, paranoia and neuroses.

Marvel’s men and women have always had issues, and we’ve seen their powers and weaknesses gradually come to light as they’ve struggled with inner demons and vanquished old fears -- sometimes to replace them with new ones. We’ve met (most of) the gang, and this is the film where all those years of setup really pay off.

Here’s the deal: All the old Marvel films -- Even the ones you’ve loved. Even the great superhero sandwich Joss Whedon made us. All the films before Captain America: Civil War are prologue.

We’ve seen earlier Marvel productions nail some or the other aspects of superhero movies, but this new film, by Joe and Anthony Russo, ticks all the boxes in astonishingly fine fashion. Every character’s presence is justified, every comic-trope used is deployed perfectly, and there is so much goddamned personality to the choices this film makes. Rarely do all the stars align this masterfully in a franchise, and, as a lifelong Marvel fanatic, I finally feel the way I imagine Star Wars fans would have done the first time they watched The Empire Strikes Back.

The film opens with a clothesline in Lagos, delivered by a metal wing.

The badassery continues as Scarlett Johannson’s Black Widow kicks serious butt, with the cinematographers keeping us perched close to the action.

We’re following along because we can’t look away, and the action setpieces in this film are remarkably clear and, mostly set in broad daylight, free of shadowy ambiguity.

The coherence is jawdropping, a result of the Russos calling in directors Chad Stahelski and David Leitch -- helmers of the kinetically ingenious, near-lyrical ultraviolence in John Wick -- to help them shoot the fight scenes. It shows. Each sequence contains not merely a couple of gasp-worthy moments but also moments that define each individual superhero’s strengths and chinks. It’s all striking, a joy in IMAX 3D, and the big airport scene it all builds up to is a giddy masterpiece.

Yet, as you may imagine, it isn’t all fun and quips and mid-air backflips.

Bucky Barnes, the Winter Soldier of the previous films, continues to be haunted by his past, something Tony Stark sums up immaculately well by calling him the Manchurian Candidate. Ah, see? The seams are showing but in less obvious ways.

Stark’s references are now dated, his ego bruised after the failure of Ultron, his lady Pepper has left him, at least for a while, and there is a desperation to his actions -- even in the way he hits on Peter Parker’s “unusually attractive aunt.”

Robert Downey Jr has brought a lot to the Iron Man role, but while most films have stressed on his insouciance, this one shows us how bruised the wisecracker really is. It is a compelling, highly flawed character and this is the kind of performance that allows RDJ to dig deep and show off his solid acting chops.

It is, thus, weird -- and wonderful -- to see him take a break from the action by sharing a couch with Marisa Tomei, who he once starred with in a lovely little film called Only You. He marvels at how good she looks, she -- sexy as ever -- tells us aunts “come in all shapes and sizes”, and Peter Parker gulps awkwardly, wondering what the heck is going on.

You know Spider-Man is in this film, right?

Well, he is and he’s phenomenal. Played by 19-year-old Tom Holland, this new fresh-faced Spidey is the whippersnapper we’ve always wanted and never quite gotten, and I refuse to spoil any of his moments. Suffice it to say that when this globetrotting film, which writes names of locations in boastfully large white type -- in Futura, as if paying tribute to Wes Anderson, of all people -- well, when the word 'Queens' shows up across the screen, buckle up, because you’re in for something, well, Amazing.

Like the directors, leading man Chris Evans, seemed bland during the first Captain America movie and winningly earnest in the second, but by this time, it feels impossible not to admire this version of the character. He is a big blue boyscout, sure -- and there is a highly Superman moment involving his bicep and a chopper -- but Cap is old-school in the best way.

You might not care as much for his best buddy Bucky -- I know I don’t -- but Evans makes it clear that he cares, and that it’s personal to him. And willingly we believe.

Similarly old-school is a new addition to the squad, Chadwick Boseman’s Black Panther, a character so irresistibly magnetic he’ll immediately soar to the top of your list. Seriously, I can’t wait for his film to come out.

That what Captain America: Civil War does, using characters old and new with tremendous flair. Fan-favourite Avengers Thor and Hulk don’t show up, but I daresay they aren’t missed. (Who I personally would have liked to add to the roster would be a composer as rollicking as this film is, one who would make use of the film’s many storytelling beats and the crescendo it builds up to. A certain Elf Man, if I may.)

Johannson is, as always, a superlative Black Widow, here torn between Team Cap and Team Tony, but I’m particularly impressed by how well the Russos have used traditionally less-cool characters: Jeremy Renner’s Hawkeye finally feels life fun, while Paul Rudd’s Ant-Man has a delightful part, a guy utterly star-struck by Captain America only to later make everyone else gape at what he can do.

Together, these two losers have my top comic-book moment of them all as Ant-Man, perched on the tip of Hawkeye’s arrowhead, slips through Iron Man’s fingers.

Films about characters with rich and textured histories have a tough call in terms of clueing in new viewers and catering to True Believers, but the Russos manage this with an admirable lightness of touch that makes it clear the Marvel Cinematic Universe is in the right hands.

These guys get it, the characters and the spirit of the comics. Captain America: Civil War is a great ride even if you don’t read the comics or haven’t seen any of the older films.

Let’s lay it down in terms Captain America would approve of: You can applaud a home run even if you don’t watch baseball. If you do, you know how special it really is. 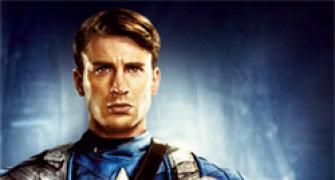 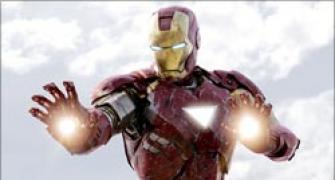 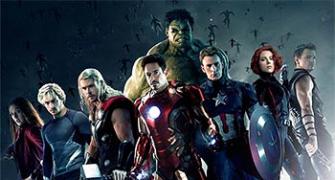 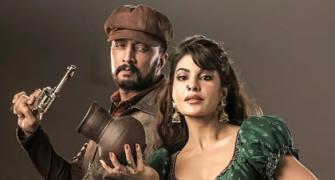 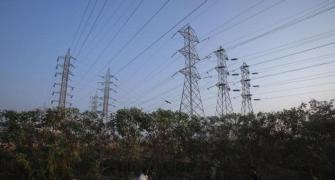 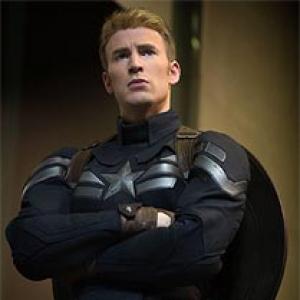 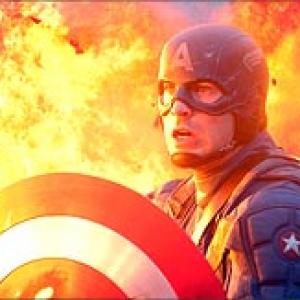