News
Business
Movies
Sports
Cricket
Get Ahead
Money Tips
Shopping
Sign in  |  Create a Rediffmail account
Rediff.com  » Movies » 'You saw the real me in Bigg Boss'

'You saw the real me in Bigg Boss'

The first thing that Rakhi Sawant did when she was evicted from Sony TV's reality show, Bigg Boss was call a press conference.

Wearing a light green sari, the actress seemed to be in a good mood -- very different from what the cameras caught her in last on the show. In the episodes nearing her eviction from the show, the actress was shown deeply upset by actor Amit Sadh, on whom apparently, Rakhi had a crush.

She shares her experiences with rediff.com:

I did not expect to be out (of Bigg Boss) so early. I don't know why I was voted out.

There was only one fight with Amit. He started it and I ended it. I had a favourite cup, which had the words 'the world's sexiest woman' inscribed on it. In the morning, I realised somebody had used my cup. I got angry, so I broke it.

I told Kashmira (Shah), and she told me to fight for my rights. I asked Amit why he used my cup. He told me he could throw me out of the show. I lost my temper. Later, I apologised to everybody who was there.

I did not miss the outside world in those three weeks. Rupali (Ganguly), Kashmira and Carol (Gracias) are nice girls. I also liked Deepak Parasharji, who would cook for us. But he left early. Bobby (Darling) just called me. She was crying on the phone. She did not expect me to be out so soon.

I returned the cheques that I had taken for films and cancelled shows just to enter Bigg Boss. I do not have a father but I had to leave my mother and the rest of my family behind. 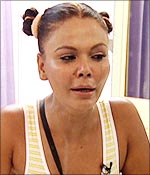 In that house, there is no television, no music, no sense of time. Every day was like a year. Many people say that I had put on a mask. That's not true. You saw the real me. I am a moody person.

Nobody enters my bedroom even in my house. Now, I had 13 people with me. I get up even if a pin drops. This was everybody's house, so I could not scream at them to keep quiet when I slept. I have a back problem so I needed rest. But I could not sleep in the day, as that was not allowed in Bigg Boss.

I like to imitate people, so I would entertain the others. Some people don't know how to laugh. They did not like me.

I used to like Amit but I was not in love with him. Even I have the right to play games. The boys would call the girls to their rooms. I couldn't woo Ravi Kishen, so I decided to woo Amit, as I had nothing else to do. Bigg Boss gave us a task daily, and a task weekly. But that would keep us occupied for only one or two hours.

I would love to go back on a wild card. I don't know what they said behind my back but I loved everyone. Now I will wait for the call to go back inside. Bigg Boss has changed my life. I will go back even if they do not pay me.

I was a tomboy before Bigg Boss. Now, I am a woman. I will watch Bigg Boss on TV now. I have a lot of good memories.

I think Rahul Roy, Ragini or Ravi will win. Everybody was suspicious of everyone else. They all had a mask because a camera was following them around. Anupama Varma, Aryan Vaid or Deepak Tijori will be the next to go. 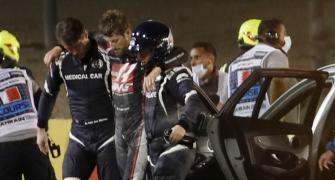 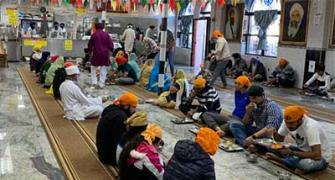