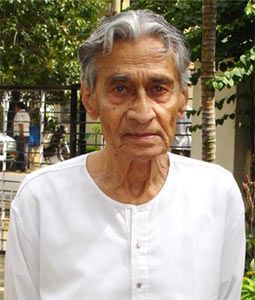 Renowned cinematographer and Dada Saheb Phalke awardee V K Murthy, famous for his camera work in Guru Dutt's classics like Pyaasa and Sahib, Bibi Aur Ghulam passed away in Bangalore. He was 91.

"He passed away this morning at his Shankarapuram residence here; he had age-related issues," Murthy's niece Nalini Vasudev told PTI.
The ace cinematographer is survived by his daughter Chaya Murthy.

Murthy was the first technician to be honoured with Dada Saheb Phalke, Indian cinema's highest award, since its inception in 1969. He won the award for the year 2008.

Murthy, who shot India's first cinemascope movie Kagaz Ke Phool, is best remembered for his stunning camera work for all films of legendary Guru Dutt.
His picturisation of the song Chaudavin ka Chand is still considered one of the best cinematographic works that Hindi cinema has seen and his work in classics like Kagaz Ke Phool and Sahib, Bibi Aur Ghulam won him Filmfare Awards.

Murthy's work spans four long decades, from his early collaboration with Guru Dutt in the 1950s to his work in Shyam Benegal's mega-serial Bharat Ek Khoj and one of the most acclaimed Kannada movies titled Hoova Hannu in 1993.

He was also a recipient of the International Indian Film Academy Lifetime Achievement Award at Amsterdam in 2005.

Born in 1923 in Mysore, Murthy earned his Diploma in Cinematography from S J Polytechnic, Bangalore, in its very first batch 1943-46.

As a student, Murthy also took part in India's freedom struggle. He was jailed in 1943 and was a recipient of freedom fighter's pension. 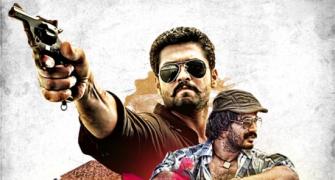 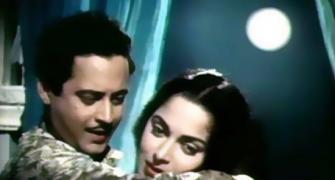 Why Chaudhvin Ka Chand was a huge success 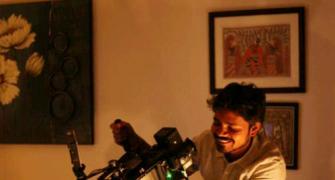 Down the memory lane with V K Murthy