Telugu film Manam completed 100 days recently, and its hero Nagarjuna celebrated the success over the weekend at Shilpakala Vedhika in Hyderabad.

The event was attended by Nagarjuna's family, including sons Naga Chaitanya and Akhil, wife Amala and sister Susheela.

Here's looking at pictures of the celebrations. 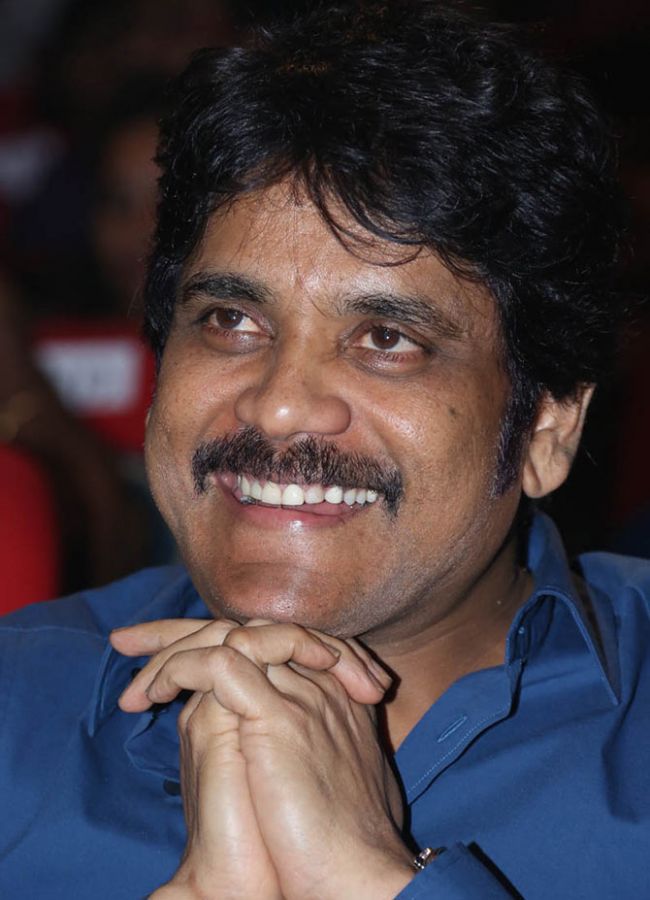 Manam is a tribute to late legend Akkineni Nageswara Rao, who passed away just before the film's release. 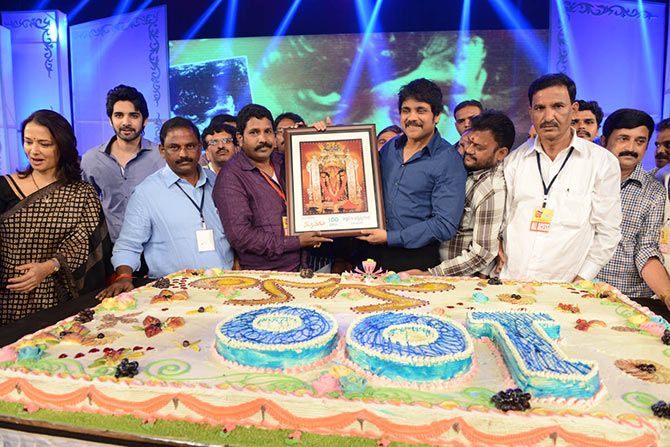 A huge cake was cut at the event, celebrating the 100 days. 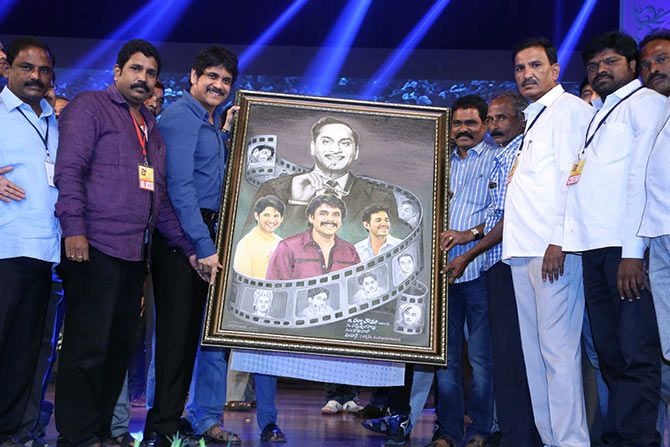 A portrait of Dr Akkineni Nageswara Rao, with son Nagarjuna and grandsons Naga Chaitnya and Akhil was unveiled. 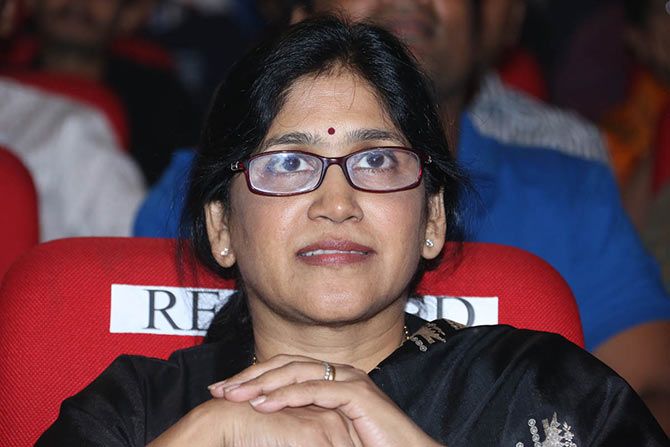 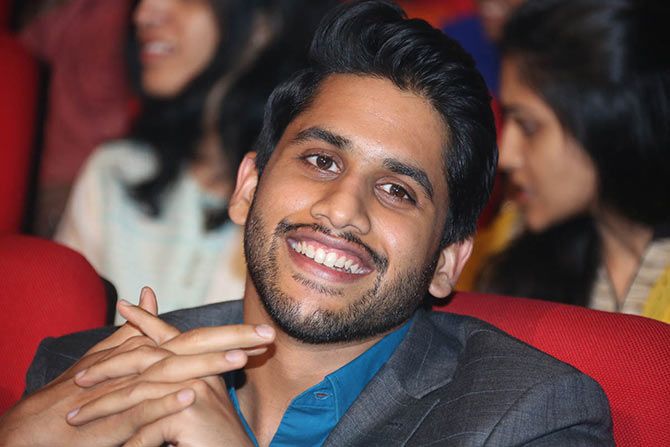 Naga Chaitanya grins for the cameras. Nagarjuna's wife Amala has a cameo in Manam. 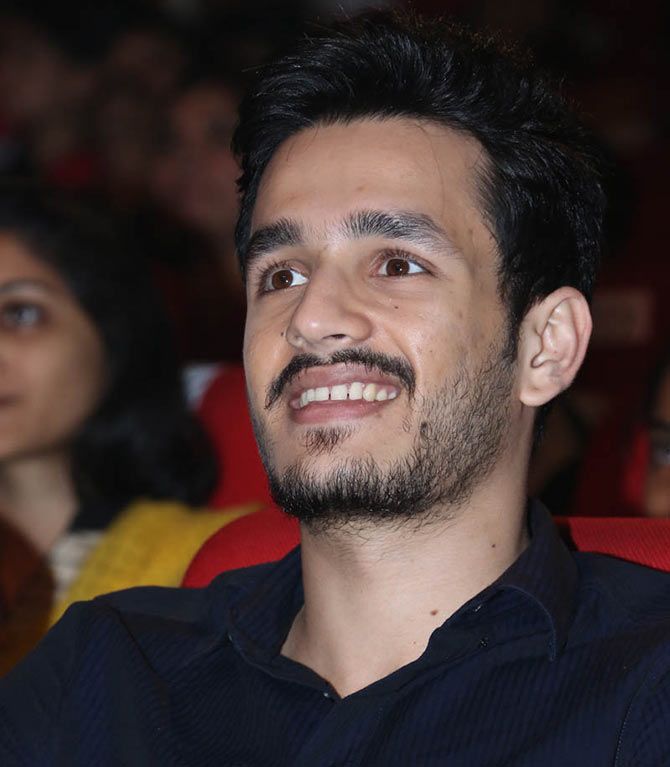