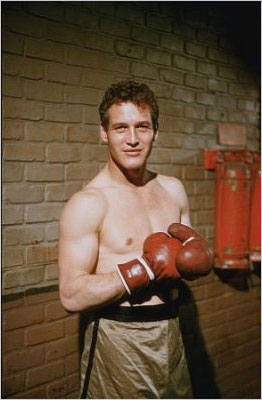 The actor, who was a mentor to artists and social activists, passed away at his home in Westport, Connecticut on September 26 surrounded by family.

The 83-year-old, who married wife Joanne Woodward 50 years ago, made more than 60 films and had been nominated for 10 Oscars.

Starring in classics such The Hustler, Hud, The Verdict, The Colour of Money, the Hollywood legend has several awards to his credit including Best Actor Oscar, an Academy Award, 2 Golden Globe Awards and Cannes Film Festival Award.

'Cinema wouldn't have been the same if he hadn't come along,' Telegraph quoted double Oscar-winner Kevin Spacey, as saying.

'It was a terrific body of work which continued right into the latter part of his life. If anyone asks about the craft of cinema acting all you have to say is -- go get Cool Hand Luke, go get The Hustler, go get Hud,' he added.

Newman, who dominated the swinging sixties with his striking good looks and his rebellious personality, was honoured with a third Oscar in 1993 for his humanitarian endeavours.

As of early 2006, his franchise had made more than 108 million pounds in donation.

Text: ANI | Photograph: A still from Somebody Up There Likes Me.