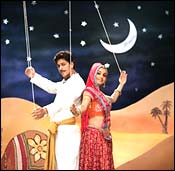 Amol Palekar's Paheli has just been selected as India's official entry for the 2006 Oscars.

Ravi K Chandran's breathtaking cinematography is a probable reason for the Shah Rukh Khan starrer getting the prestigious nomination.

Paheli didn't set the box office on fire in India, despite opening to great numbers in the US: the film's North American gross was around $1.5 million. Most Indian critics savaged the film, even as Shah Rukh Khan's home production stepped into usually uncharted territory -- the superstar played a friendly ghost who falls in love. Amol Palekar's soft, off-beat film is an adaptation of a Vijay Dandetha novel that previously been adapted by Mani Kaul, who made Duvidha in 1971.

When contacted, director Amol Palekar said, "I feel very happy (about the nomination). But I did not expect it. I don't think any one makes films with such things in mind. One makes films because one believes in it."

Palekar claimed that he had not yet spoken to Khan about the nomination.

"Shah Rukh is abroad and people have just started bombarding me, so I haven't spoken to any friend, unit member or anybody. But I am sure they are equally happy."

And will Paheli bag the Oscar?

"A lot of things need to be done. I have no idea about it (the Oscars) but I will check with people who have been there before, like Ashutosh Gowarikar, Aamir Khan and the Shwaas unit. I will talk to them and take their guidance," he said.

Vinod Pandey, the Acting Chairman of the Film Federation of India, said, "Paheli has represented the Indian ethos. It is a film based on the Indian language."

He admitted, however, that the choices were very difficult.

Over the last four-five years, Indian entries to the Oscars have moved on from relatively low-budget films (Deepa Mehta's 1947:Earth in 1998) to blockbusters -- Aamir Khan's Lagaan, the 2001 entry actually got an Oscar nomination, and the next year's FFI selection was Shah Rukh Khan's Devdas. 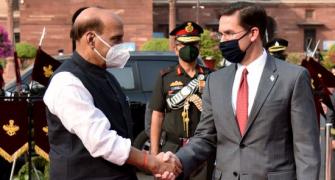