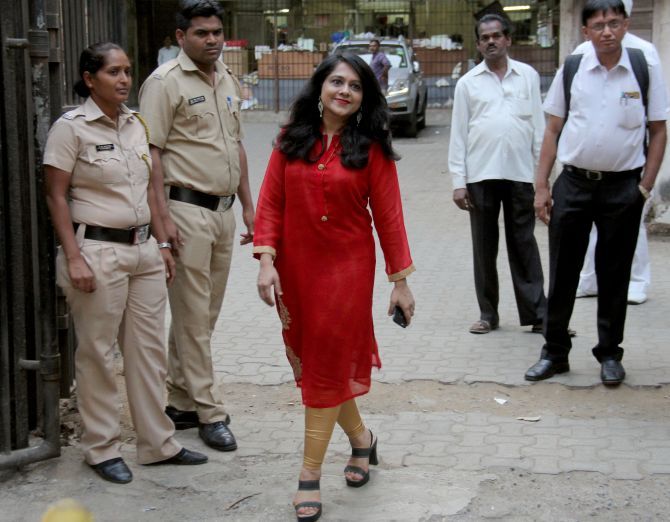 Model and wannabe actress Preeti Jain was on Friday sentenced to three years’ imprisonment by a court in Mumbai for plotting to murder Bollywood filmmaker Madhur Bhandarkar 12 years ago.

The court later granted bail to all the three and suspended their sentences for four weeks, to enable them file appeals.

Two other accused were acquitted for lack of evidence.

According to the prosecution, Jain approached Pardeshi, an aide of gangster Arun Gawli, in 2005 saying she wanted to have Bhandarkar killed, and paid him Rs 75,000 for the job.

A year before, Jain had alleged that Bhandarkar had raped her multiple times after promising her a role in one of his films.

Jain later demanded her money back from Pardeshi and others for not carrying out the task. In the meantime, police received a tip-off about her attempt to hire gangsters to kill Bhandarkar.

A case was registered in September 2005 and Pardeshi was arrested first, followed by Jain. Subsequently Das, who helped Pardeshi arrange weapons and shooters, was also arrested.

Jain later got bail as the trial began.

Speaking to reporters after she was granted bail by the court, Jain said she had faith in the judiciary and hoped to get justice from the high court.

“I respect the verdict of the sessions court, but I believe that I will get justice from the Bombay high court,” she said.

IMAGE: Preeti Jain, who was convicted by sessions court for conspiring to kill director Madhur Bhandarkar, comes out of the court after getting bail in Mumbai on Friday. Photograph: Sahil Salvi
Source: PTI© Copyright 2021 PTI. All rights reserved. Republication or redistribution of PTI content, including by framing or similar means, is expressly prohibited without the prior written consent.
Related News: Preeti Jain, Madhur Bhandarkar, Naresh Pardeshi, Arun Gawli, M Bhosale
SHARE THIS STORYCOMMENT
Print this article