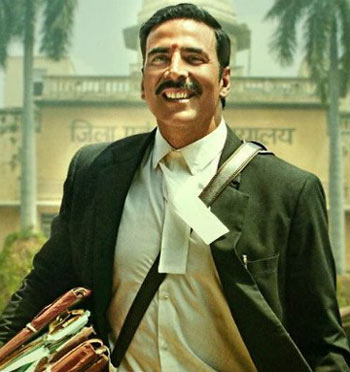 'I am very grateful to Arshad (Warsi, who stars in Jolly LLB) to show me the way of doing a film like this. He is the guy who paved the way. I went by the way he did it. He made sure the film was big.'

'I hope this film goes the same way as the first. To be honest, the pressure is on me.' 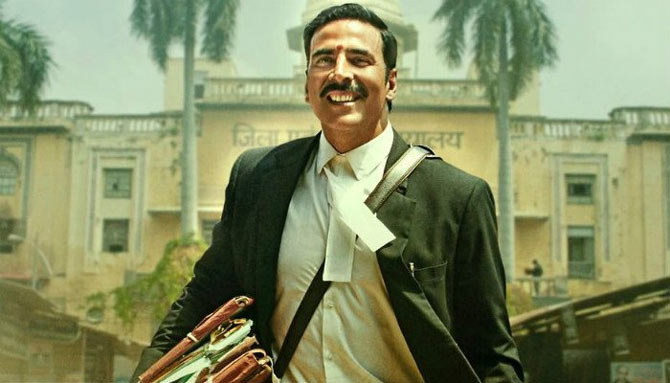 Akshay Kumar churns out movies every few months and has a new look for each one of them.

In Toilet: Ek Prem Katha, he has a moustache with a neat hairdo. In fact, he's had moustache in quite a few movies, including one of his favourites, Sangharsh.

"2.0 is a different ball game," Akshay says. "I don’t have to do anything; I just have to sit for three hours and they paint me."

In his upcoming film Jolly LLB 2, the actor wears another neat look, as he plays a lawyer.

Akshay discusses his movies, his 26 years in the industry and Salman Khan in this interview with Jahnavi Patel/ Rediff.com.

How was your experience shooting Jolly LLB 2?

Your experiences automatically become very good when you finish a film in three-four months because you live that character for a little while. After some time, it starts getting boring, even if it's the best of characters. That’s my experience.

I prefer to finish my films in three months.

My experience in Jolly LLB 2, working with (director) Subhash Kapoor, has been excellent. To play a lawyer and crack cases was a great experience.

I still remember I started shooting for this film the day after Rustom got over and today, I am sitting with you and finishing the interviews.

There’s no preparation. My director prepares more than me. I will not be able to compete with his preparation because he does just one film a year and I do more.

My common sense tells me that I should follow him. 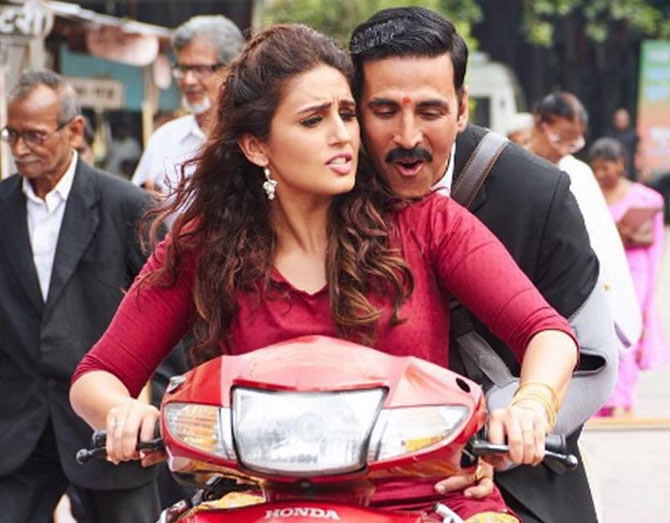 IMAGE: 'Huma is beautiful,' Akshay says of his co-star in Jolly LLB 2.

You are working with Huma Qureshi for the first time here.

Huma is a beautiful girl, wonderful actress. She has done a great job; she suits the role.

In the film, she plays a dominating wife, who wants things to be ready on time. She wants her legs pressed...

The promos look more mainstream than the first part. Is that because of your presence?

I am very grateful to Arshad (Warsi, who stars in the first part) to show me the way of doing a film like this. He is the guy who paved the way.

It’s not about commercial or non-commercial; I went by the way he did it. He made sure the film was big.

I hope this film goes the same way as the first. To be honest, the pressure is on me.

Last year, your films won critical acclaim but award functions ignored you. How do you deal with this?

That’s okay -- maybe because I don’t deserve it. There are many people, who have done better.

Kareena Kapoor Khan said on Koffee With Karan that your advice to her was, 'believe in rewards, not awards.'

She said that? I thought it was a secret. I have to have a word with her.

I just said, 'Keep working, don’t think so much. If you don’t get any award, just think you’ve got the reward and carry on.' 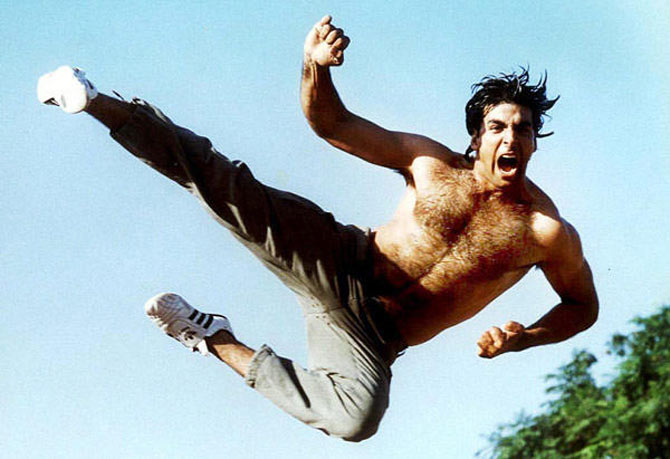 You have completed 26 years in the industry. How has the journey been?

When I started my career, for about eight-10 years, I did action everyday. Nobody would consider me for a different role. That got to me.

I learnt that you cannot stick to one image. Not only will people say that but you will also get bored.

I still remember, I was going for a shoot and I got into a lift, looked at myself in mirror and kept saying, 'Wahi karne jayega abhi tu. Do kick, do puch, char ke baad girega and then action karo aur ghar aa jao.’

I decided I have to do something else.

I spoke to Priyadarshan sahab and believed I could do comedy. I wasn’t sure because comedy is very hard. One of the toughest things to do is make people laugh.

He, Rajkumar Santoshi and Neeraj Vora taught me a lot. They encouraged me throughout my career to do comic roles.

Today, equations between actors have changed. We see actors praising each other’s films on social media.

Social media has helped because we can clear the rumours written about us.

When social media was not there, the media used to report, 'Akshay Kumar ne logo ka role kaat diya hai.'

What does that mean? Do they mean I have the power to enter a director's editing table, put him aside and cut people's roles? How can one do that?

Priyadarshan got so upset when someone asked him the question. It's quite an upsetting thing. The kind of comedies he makes, he is a genius. 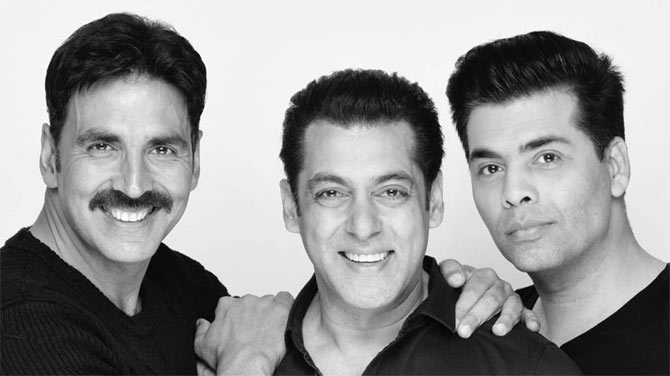 Salman and you are collaborating for a film. Both of you seem to have a close friendship.

Friendship doesn’t mean we should meet everyday. I have never been to his place and he hasn’t been to mine. We have a mutual admiration.

It’s a great thing that a big actor like him asks another actor to do a film. That happens only in Hollywood, it's never happened here. I have never come across it.

If this becomes successful, it can set a trend.

Hats off to that man for coming up with something like this and put his own money on another actor.

Have you completed shooting for Toilet: Ek Prem Katha?

Yes, only 5 percent more to go. It is a real story.

I will start Pad Man in the first week of March. 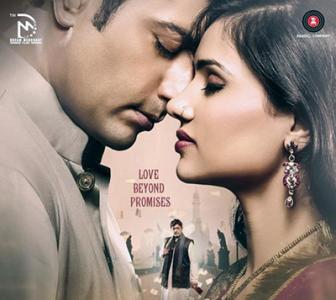 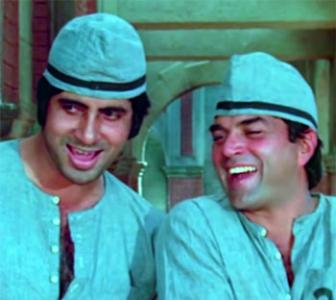 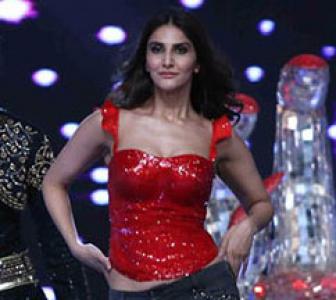 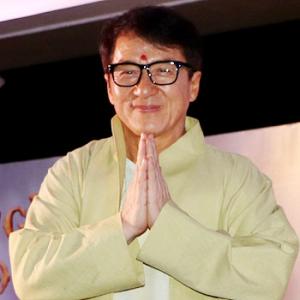