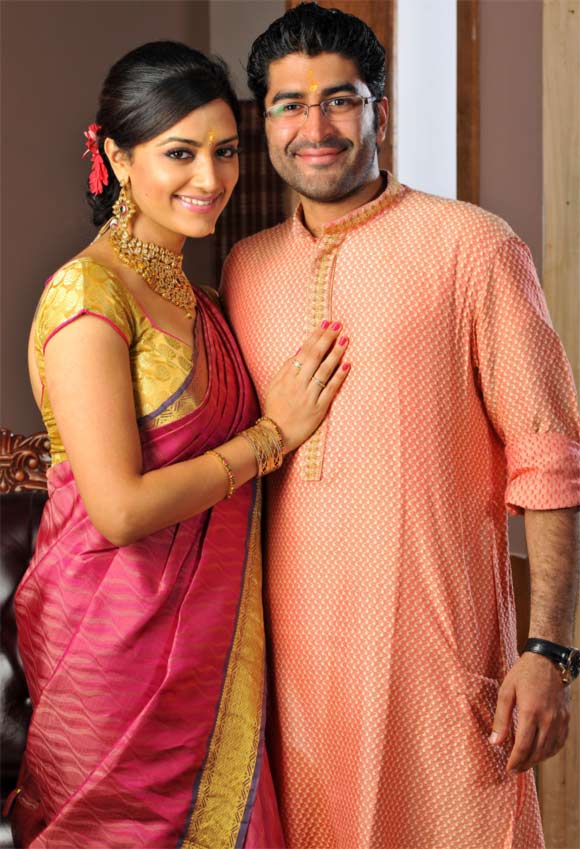 Mamta Mohandas got engaged to her childhood sweetheart Prajith Kartha on Monday, November 14, on her birthday.

The engagement took place at Prajith's home in Moovattupuzha, Cochin, in a private ceremony.

Only close family members were invited.
Prajith Kartha is the son of Padmanabhan Kartha and Geetha. He is a businessman, settled in Bahrain.

Mamta was born and brought up in Bahrain, into a well-off Malayali family, which originally hails from Kannur.

Mamta has worked in Malayalam, Telugu and Tamil cinema, and has done a Kannada film as well.

Mamta made her entry into films with Hariharan's Mayookham. Though the film didn't fare well at the box office, she soon became a sensation and found success in Tamil and Telugu films.

She was detected with Hodgkin's lymphoma, but survived the cancer.

She is a trained carnatic singer, and has done playback singing in Tamil and Telugu movies.

Prajith and Mamta were neighbours in Bahrain. 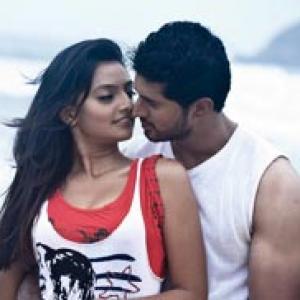 Review: It's My Love Story is boring