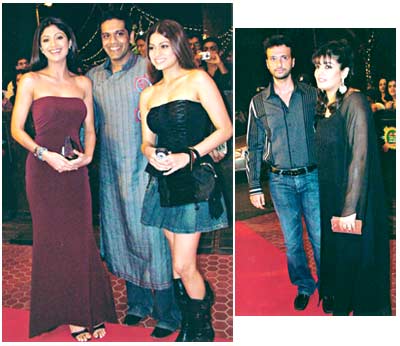 The Most Stylish Person in Music (Male) went to the simplistic Shaan, beating out Strings, DJ Aqeel, Lucky Ali, and the Bombay Vikings.

We assume they don't have any 'all employees are barred from participation' clauses.

Rocky S, much in the news for his anti-Aishwarya comments, got the Bollywood Designer Of The Year award.