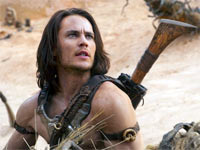 The much maligned John Carter might have opened to ho-hum business in North America but its three day worldwide gross was over $102 million. And while it made just about $30 million on home turf, it fared very well in Asia and Russia, with the latter contributing $17 million.

Yet, the film, which will be opening in two major territories, China and Japan soon, is called the first big dud of 2012. How could a film which is expected to earn over $350 million worldwide be considered a flop for producer Disney?

The adventure drama with high CG work is based on a sci-fi novel by William Rice-Burroughs that was published about a century ago. The super expensive film cost about $250 million to produce, and some $100 million to market. To break even, it must earn more than double the total investment -- at least $700 million through ticket sales, and ancillary revenue including DVD and Blu-ray.

But the market for DVDs etc has fallen dramatically in the last five years and few films make more than $200 million worldwide in home entertainment sales. And the ones that do, like the Twilight saga, are huge theatrical hits, each earning over $700 million worldwide.

Disney decided to gamble with over $350 million in production and promotion costs because of the faith it had in the Pixar director Andrew Stanton, who had scored big with the Academy Award-winning Finding Nemo and Wall-E.

Together these animation movies had grossed over $1.2 billion worldwide in theatre and more than half that amount in home entertainment products. But those films together cost about $200 million.

In making his first live-action film, Stanton has delivered a fairly decent product, with impressive action scenes. He took over the project when director Jon Favreau left for Iron Man.

'Since I'd read the books as a kid, I wanted to see somebody put it on the screen,' Stanton said in an interview. He told the Los Angeles Times, that when he heard the rights had reverted to the Burroughs estate, he asked Disney to consider him for the job.

'Within three months they had bought the property and said, "It's yours if you want it"', he recalled.

John Carter was adapted from A Princess of Mars, the first novel in Burroughs' 11-book Carter series. An American Civil War survivor, Carter is mysteriously transported to another planet where he has to confront evil as well as good, and where his resourcefulness and courage are constantly tested.

Stanton has said in interviews that he 'coaxed' Disney to adopt some of Pixar's iterative style on John Carter.

'I've been taught how to make a movie work really well that's had four reshoots,' he told LA Times. 'The thing I had to explain to Disney was, "You're asking a guy who's only known how to do it this way to suddenly do it with one reshoot." I said, "I'm not gonna get it right the first time, I'll tell you that right now." '

Despite mixed reviews, some eight million people saw John Carter in the first three days, a welcome sign but for the enormous cost. It was the number two film in North America, where the box office was led by the splendid family entertainer The Lorax. In the second weekend, the film, which cost just about $70 million, grossed $39 million. In America alone, it is expected to gross over $200 million and nearly double that amount in foreign market.

Meanwhile critics and film writers are continuing to pour scorn on John Carter.

Daily News in New York wrote: 'It took one hundred years to bring John Carter to the big screen, and after the movie's disappointing box office performance this weekend, it may be a lot longer before anyone tries to bring him back.'

Among the film publications that gave the film a decent review is The Hollywood Reporter, but it too said that many elements in the new film have been seen in films over the years because their directors were inspired by Burroughs.

'Given that it's based on a pioneering work of science fiction, there can be little surprise that John Carter feels like a hodgepodge of any number of familiar elements, some of which were no doubt borrowed by others from Edgar Rice Burroughs and brought full circle here,' wrote THR.

'This Disney extravaganza is a rather charming pastiche, if perhaps not one with sufficient excitement and razzle-dazzle to justify the reported $250 million production budget. Neither classic nor fiasco, the film will likely delight sci-fi geeks most of all, but there's enough here for general Disney audiences,' the review continued.

One of the reasons the film did not generate hyper interest was that it came a couple of decades after hugely successful films of the same type.

If James Cameron's Avatar had never existed, it's possible that John Carter would have seemed like more of a genre breakthrough, both being the story of a planet penetrated by an Earthling who begins an interplanetary romance and is ultimately accepted into the alien culture.

But, as The Hollywood Reporter pointed out, 'Echoes resonate from many other sources as well: What came first, The Jedi of Star Wars or the Jeddak leaders here? Was Taylor Kitsch's buff loincloth look inspired by how good Charlton Heston looked similarly attired in Planet of the Apes? Doesn't John Carter's background consist of one part Outlaw Josey Wales and one part Indiana Jones? And doesn't the spectre of the ancient Greeks noticeably hover over the everlasting battles being fought among the various neighbours?' 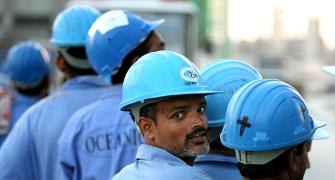 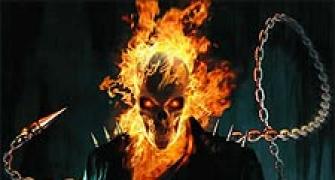 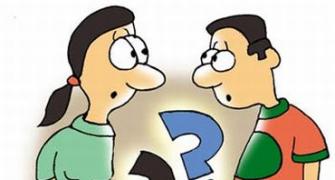 MBA or MS: What is best for YOU? 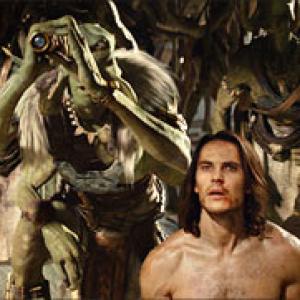