News
Business
Movies
Sports
Cricket
Get Ahead
Money Tips
Shopping
Sign in  |  Create a Rediffmail account
Rediff.com  » Movies » 'I am like a ball: the more you kick me, the higher I go' 'All the little hopes, dreams and pleasures of everyday life were lost in this continuous struggle to find myself a place in this world of cinema'

'Cinema has always been my first and only love and there came a point in my life when I realised that this was the only thing I wanted to do.'

Samuthirakani opens up about his struggles and love for cinema.

In the last few years, we have seen the Naadodigal director more in front of the camera than behind, in a wide variety of roles ranging from that of a caring father to an inspiring teacher, a sincere cop and a corrupt politician.

A man of many talents, Samuthirakani is a protégé of legendary director K Balachander.

In this interview with Rediff.com contributor S Saraswathi, the actor-director talks about winning the National award, and his struggles in the industry.

You have won a National Award after being in the industry for 20 years. How does it feel?

The journey has not been easy. I have lost so much on the way. All the little hopes, dreams and pleasures of everyday life were lost in this continuous struggle to find myself a place in this world of cinema.

But yes, there have been some wonderful moments too. And winning the National Award brought a lot of joy, a sense of satisfaction.

You have always spoken about your struggles. Do you feel it has all been worthwhile?

Yes, undoubtedly. This was the path that I chose to take, a long-time dream, and I have embraced the struggles along the way willingly. We are all searching for something in our life and rejection, failure and ridicule are part of that struggle.

While I was in standard 12, I started delivering newspapers believing that this would be my life. But when I realised that this was not what I wanted to do, the search for something else began.

I worked at a construction site, cooked in marriage halls and even sweated it out at an iron factory. Throughout that phase of my life, I kept coming back to cinema, trying to find a job here.

Cinema has always been my first and only love and there came a point in my life when I realised that this was the only thing I wanted to do. Today finally after many, many years of struggle, there is this small sense of satisfaction, the happiness of having achieved something. I think it has taken 20 years of my life to finally find my place in this industry.

You started your journey as a director but your acting skills have won you the award...

I actually came into cinema to act. For two years I tried, bearing all the insults, curses and taunts of ‘have you looked at yourself in the mirror?’.

I have heard everything there is to hear. There have been people, who have asked me to swim on the ground and have laughed at me.

I had been hurt so many times, that when mega serial director Sundar K Vijayan called me to assist him, I left all my dreams of acting behind and ventured into direction.

Sixteen years later, Sasikumar gave me the opportunity to work with him in his debut film Subramaniapuram. Life changed at that moment. That is why I always tell people not to ever give up on your dreams.

Success does not happen overnight, but if you continue on the path, you will eventually find what you are looking for.

Was it only after Dhanush’s VIP that you started getting more offers to act?

Ever since Subramaniapuram, I have been getting several offers to act. But at the time, I had other commitments. I was busy writing the script for Poraali.

Then Saatai happened in 2012 and it brought in a lot of recognition. But Dhanush gave me a whole new dimension in VIP. That role proved to many people that I could act and I have to credit Dhanush for that.

Offers started pouring in, so I decided to take a break for about a year to concentrate on acting. Now I am back to directing again.

Is it easier to perform working with an acclaimed director like Vetrimaaran?

Vetrimaaran is an exceptional director. I always tell people that if you get an opportunity to work with a director like him, don’t miss it. During the shooting of Visaranai, I let myself go completely blank. I strongly believe that whatever he wants from you, he will take.

What was the most challenging aspect of playing inspector Muthuvel in Visaranai?

In the beginning, Muthuvel played a small part in the film. As the film progressed, Vetri himself told me that my part was assuming greater significance. My only comment was, ‘Do whatever you think necessary, I will come as long as you need me.’ That is how we worked.

What was most challenging, however, was that during those 35 days of shoot, we felt completely cut off from the rest of the world. We were clueless as to what was happening around us.

We worked through the night and when shooting got over at 6 am, they got us breakfast, we ate, came home and slept.

Even my dreams were full of what we had shot the previous night. I used to get up at 4 pm and go back to the shooting spot. This continued for the next 35 days. I never knew when my children left for school and when they returned as I would have already left.

I think all that dedication has earned me this reward.

Is it difficult to ignore the director in you while working with other directors?

When I am going to someone as an actor, I take out my mask as a director and leave it at home. I am very clear about that. Even if I feel something is wrong, I just do what I am asked.

Sometimes after the shoot, if we are discussing something, I do share my opinion, but otherwise it is the director’s call.

Tell us about your upcoming directorial Appa...

Appa is a film about a father. There are lots of films about the role of a mother, but little is said from the perspective of a father. Everything I have read in the newspapers and my interaction with my father, is what I have included in my script.

I have expressed the thought that your children are not yours; they have only come into this world through you. You don’t have to infuse all your intelligence or dreams into them. They have their own potential, their own dreams. Your duty is to just support them as they take the path to their destiny.

There are so many, who say. ‘my mother cried, and that is why I studied engineering. Now I am married, I have to work and earn for my family. But what about my dreams? When will I live my life?’

My story is about parents not forcing their dreams on their children.

Do you believe you can make an impact with these messages in your films? Nimirndhu Nil was about corruption and now Appa….

Yes, definitely. There were many teachers, who came to me after watching Saatai, believing they too can make a difference.

I don’t expect or even want to change the world. If my film brings a change in the life of just one person, I am happy. That will be my victory.

How far has Kitna progressed?

I think Kitna will happen only in 2017. My heroine Dhansika got a chance to work in Rajinikanth’s Kabali, and I wanted her to have that opportunity. She had to cut her hair short. Now we are waiting for it to grow back. Since I always have a couple of scripts on hand, I started working on Appa.

Looking back on your life and career today, are you happy with how far you have reached?

Yes, I am very happy.

I called my mother at my village and told her that I have won the National Award. She asked me what it is. I explained, this is an award that brings me national recognition; it is very big. And you know what she said, ‘Let it be big, son, but please look after your health.’

I believe that only till this innocence and humility is there, we will be ourselves.

When I left my village, there was this spark to do something, to prove myself and even if one percent of that decreases, I will go back. I will not stay here talking about past glories. It is my deepest desire that as long as I am standing, I should walk, and when I fall, I should die.

What lessons has this industry taught you?

It has taught me everything. Every day, I learn something new. Just this afternoon, I was talking to someone about my film Appa. It is a good film and I want to release it.

But there are a hundred things to consider. Since this is a subject close to my heart, I had invested my own money and borrowed some from my friends to complete the film.

I have put in a lot of work into the film; it is my blood and sweat that gave it life. But as I said nothing comes easy.  This is my first brush with producing and I am trying to understand things from their side.  Learning something new in life every day rejuvenates you.

Does success not make life easier?

Nobody is here waiting with open arms to welcome you. Every day is a challenge, and it is that challenge that keeps you alive.  People who have gotten complacent after success, have disappeared without a trace today.  Success does not change anything.

You only have to work harder.  I have worked hard to get where I am today and will continue to give my best. Only when I keep facing such problems, I grow. I am like a ball: the more you kick me, the higher I go. 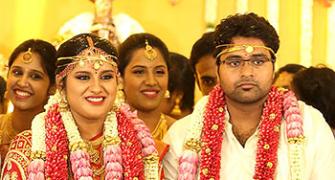 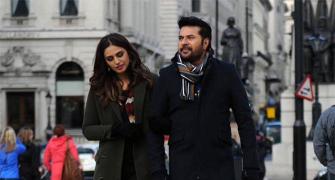 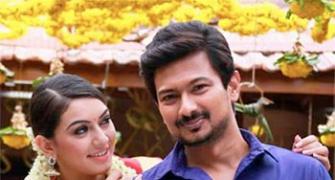 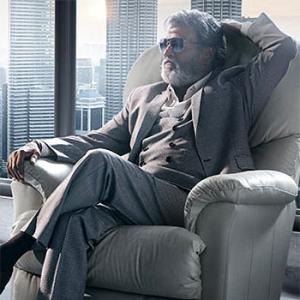