News
Business
Movies
Sports
Cricket
Get Ahead
Money Tips
Shopping
Sign in  |  Create a Rediffmail account
Rediff.com  » Movies » Nirvana is the most overrated

Nirvana is the most overrated 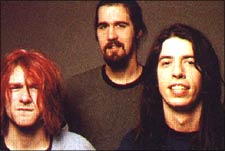 Nirvana's 1991 record, Nevermind, has been voted the most overrated album of all time by BBC 6 Music listeners. Coldplay's X & Y came in second, followed by The Libertines' self-titled second album. 6 Music's Ric Blaxill said the poll had given the digital station's listeners the chance to 'address the hyperbole.'

Albums by popular bands like Oasis, U2, Radiohead and The Beatles also featured in the Top 10, reports The BBC. Listeners were invited to submit their nominations, which were shortlisted to 10 and put to a public vote. These, according to them, are the top 10 most overrated albums: 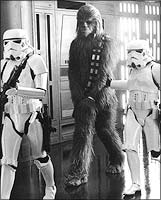 George Lucas' sci-fi epic Star Wars has topped a poll of the best musical scores in a movie.

British composer John Williams scooped the honours with his famous accompaniment to the clash between Luke Skywalker and evil Darth Vader. The film pipped Gone With The Wind, The Godfather and Psycho to first place.

The American Film Institute got more than 500 film artists, composers, musicians, critics and historians to choose their favourite music. The top 20 best musical scores in movies of all time were:

2 Gone With The Wind - Max Steiner

17 To Kill A Mockingbird - Elmer Bernstein

18 Planet Of The Apes - Jerry Goldsmith 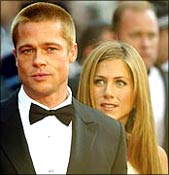 Jen and Brad's Beverly Hills pad up for grabs!

Brad Pitt and Jennifer Aniston, who officially got divorced on October 2, have put their former Beverly Hills home up for sale for over $30 million.

The mansion, which has a cinema, mahogany floors, stainless-steel kitchen and an art studio, is empty of all furniture except a bed in the master suite. The stars have taken away all their belongings, reports The Mirror.

Following their split in January, both have relocated to Malibu. Pitt, 41, bought a $10m home in April, and Aniston, 36, has been renting a $16m beach house. They have also kept the Hollywood Hills homes they each owned before they married.

Insiders say their estimated $350m fortune is being divided amicably. 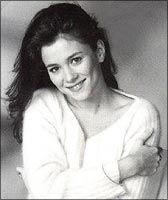 Actress Anna Friel has revealed she would love to act in the next Harry Potter film, so that she can lock lips on screen with her real-life beau David Thewlis who plays Professor Lupin.

Anna says she wants to play Nymphadora Tonks, who has a romantic link with Professor Lupin.

Tonks, a pink-haired witch who changes her face, is in Harry Potter And The Order of the Phoenix, to be made next year.

'No one has been cast for Tonks,' a film spokesman was quoted by The Sun as saying.