HC on Udta Punjab: Censors need not to be overly critical 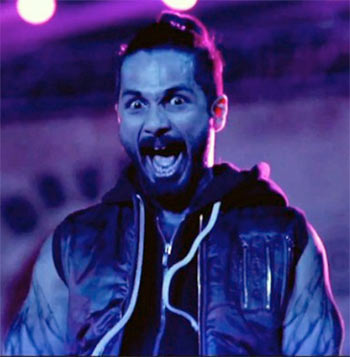 Justices S C Dharmadhikari and Shalini Phansalkar-Joshi said it will pass orders in the case on June 13 after it concluded hearing arguments on the petition filed by Phantom Films, producer of Udta Punjab, against an order of the revising committee of the Central Board of Film Certification that suggested changes in the film.

In sharp observations, the Bombay high court on Friday asked the Censor Board not be overly-critical so that creative people can grow in the film industry and, at the same time, said makers of Udta Punjab should tone down expletives and vulgar scenes as these alone cannot make a film work.

A division bench of Justices S C Dharmadhikari and Shalini Phansalkar-Joshi said it will pass orders in the case on June 13 after it concluded hearing arguments on the petition filed by Phantom Films, producer of Udta Punjab, against an order of the revising committee of the Central Board of Film Certification that suggested changes in the film.

The court was critical of the CBFC's direction to the makers to delete any reference made to Punjab in the film saying "the crux of the film will be lost" and added that people should be given the choice to view what they want.

In stinging observations against the board, the court noted, "If the movie (Udta Punjab) is glorifying use of drugs then ban the entire movie."

"The censor board need not be so critical also as we want creative people to survive and grow in the film industry," the court observed while referring to certain scenes in the film for which the board has suggested changes.

Disapproving of the CBFC's direction to delete and cut references to "Punjab" in the film, the judges said "from every dialogue and scene of the film if reference to Punjab will have to be deleted then the crux of the film will be lost.

Noting that the use of expletives and cuss words does not decide the success of the movie, it said, "Today's generation is very direct open and more mature. No film runs because of the use of cuss words."

"Most movies are failing in the multiplexes because the audience is bored with this over-dose. The content of the movie matters. A creative mind will know the folly of including so much cuss words in the movie. Let them (filmmakers) learn from their mistakes," Justice Dharmadhikari said.

"You (CBFC) have to give people the choice to view what they want. In the house, a person uses the remote to switch on or off the television. Similarly let the public decide whether they want to see the movie or not. Use of expletives will not make the movie anywhere. Today's generation is not going to be impressed with all this. The content needs to be strong," the court said.

"In this age only those movies having a strong content and script line do well and just using expletives will not work for the movie, and hence the CBFC need not be overly critical."

The court also added that the Censor Board by passing such an order against the movie was giving it unnecessary weightage and publicity.

"Do not give them (movie makers) undue publicity. The movie will fail if the content is bad. They must be happy now that all their promotion expenses is saved as they are getting free publicity," it said.

CBFC counsel Advait Sethna, while justifying the decision of the board's revising committee asking the makers to cut and delete certain scenes of the movie, remove all expletives and cuss words, reference to the state of Punjab and the protagonist urinating and scratching his crotch scene, argued that such scenes are vulgar and extremely deplorable.

While suggesting that the scene where a character is shown scratching a body part can be deleted, the court said "disclaimers" could be displayed for the cuss words used.

"The scene where a character is shown scratching a body part in a graphic manner can be deleted entirely. This need not be shown in any form. Similarly, for all the cuss words used, a disclaimer can be displayed. Is it really necessary for a creative person to rely on expletives. You have to tone it down a bit," Justice Dharmadhikari said.

The petitioner's counsel Ravi Kadam said they were willing to delete that particular scene from the movie.

"We are also ready to display a disclaimer saying neither the movie nor any characters in it nor the makers of the movie support or encourage use of cuss words or expletives and that we are only trying to depict reality," Kadam said.

The court, however, said that if a character in the movie is that of a truck driver or from a rustic background then that particular character will speak accordingly.

"It is not necessary that the character of a truck driver will speak his mind in a polished manner. The Censor Board need not be so critical also as we want creative people to survive and grow in the film industry," the judge said.

Justice Dharmadhikari, however, noted that sometimes to open people's eyes one has to be direct.

The CBFC's revising committee had suggested a number of changes in the movie, which stars Shahid Kapoor, Alia Bhatt, Kareena Kapoor-Khan and Diljit Dosanjh, and deals with the problem of drug addiction among youth in Punjab.

Source: PTI© Copyright 2020 PTI. All rights reserved. Republication or redistribution of PTI content, including by framing or similar means, is expressly prohibited without the prior written consent.
Related News: Udta Punjab, Central Board of Film Certification, Dharmadhikari, Censor Board, Shalini Phansalkar-Joshi
SHARE THIS STORYCOMMENT
Print this article 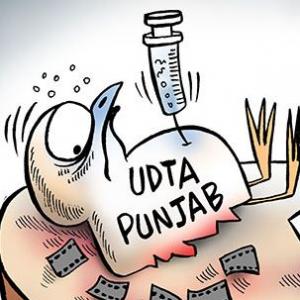 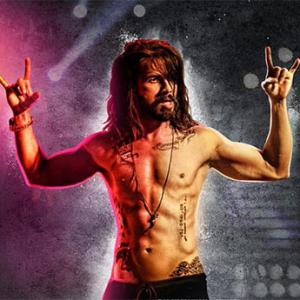