Have you seen these super TV shows?

'10 shows that left my senses boggled after bingeing on them,' says J Jagannath.

The year gone by was when we got the biggest affirmation to the cultural adage of the 21st century: 'TV is the new novel'. Here are the 10 shows that left my senses boggled after bingeing on them. Despite his artistic plate being so full, Donald Glover managed to make the sophomore season of Atlanta even funnier than its predecessor.

His vivisection of Black America in the Trump era was radical yet accessible. My favourite episodes were 'Teddy Perkins' and 'Barbershop', which came with delicious, off-kilter humour.

This HBO show might make you reach for the brown bag because of its extreme content involving body waste. But at the core of this oddly funny, dysfunctional, same-sex love story are stunning performances from the show's creators, Julia Davis and Catherine Shepherd.

It might just be the first TV series that showed how people in homosexual relationships go through the vicissitudes that are not dissimilar to those in heterosexual ones. This six-part UK series about a police officer entrusted with the responsibility of protecting the home secretary from hostile forces delivered BBC its highest viewing figures since 2008 -- and rightly so.

Richard 'Robb Stark' Madden as Sergeant David Budd is brilliant as the stoic figure who expertly unpeels the intrigue surrounding the death of the home secretary.

I'm a sucker for Scandinavian mystery TV series, but of late too many knock-offs had my interest waning, until this Finnish series came along.

It's about the mysterious death of a mother of two in an eco-friendly neighbourhood that raises way the hackles of many.

2018 was the year Netflix truly decided to expand its horizons and started acquiring a lot of international shows, and Deadwind was one of those. I never thought sleep was a hindrance until I had to rest my eyes in between devouring both seasons of this French comedy.

Replete with amazing cameos from the royalty of French acting, be it Isabelle Adjani or Juliette Binoche, this series about four employees of a Parisian acting agency is a giant hoot.

It has just the right amount of froth and deadpan camp to make it probably my favourite comedy series of 2018. This was another amazing acquisition by Netflix.

To make up for the absence of Game of Thrones in 2018, HBO came up with something similar by replacing Middle Earth with a contemporary corporate setup involving an egoistic father and his four messed-up adult children.

The show's creator, Jesse Armstrong, is a punch-line man of genius and if there's one thing I'm looking forward to 2019, it has to be the second season of Succession. The fourth season of this crazy-beautiful, crazy-scary, six-part horror anthology series on Syfy is a merciless autopsy of suburban disconnection in current-day USA.

The final episode set in a ghostly neighbourhood of vacant condominiums is stupefying and fantastic. Those who missed Lawrence Wright's gleamingly good Pulitzer Prize-winning book by the same name can now check out the 10-part miniseries on how the world-altering event of 9/11 came about.

The series raises all kinds of daffy what-if questions on how the evil attack could have been averted.

This unfailingly intelligent series set in the French spy agency is the best TV series I have watched after The Wire and Girls. Mathieu Kassovitz as Guillaume Debailly revels in his role as the star spook.

For those who like to be elbow deep into geopolitics, here's a series centred around France's relationship with the world and how brittle it can get. It's not an easy watch. but persist with its docudrama milieu and it will reward you richly. I did not expect Phoebe Waller-Bridge following up the hilariously depressing Fleabag with a series about a deadly psychopathic female assassin (Jodie Comer) who is being relentlessly pursued by an MI5 officer (Sandra Oh).

Shot in exotic locales across Europe, the BBC series cocks a snook at the outdated machismo of Bond movies. 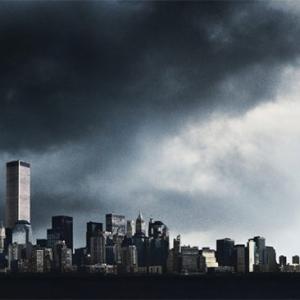