By Sukanya Verma
Last updated on: August 15, 2012 15:37 IST
Ek Tha Tiger is an action-packed adventure with an endearing Salman and a roaring Kat, writes Sukanya Verma.

With Wanted, Ready and Bodyguard, Salman Khan did cheesy with such marvelous flair that even though these films are nowhere near quality line, 'stupidity sells' became the new mantra at the box office.

No, I am not a Bhaihater or a Bhaitard, colourful expressions recently invented to describe one's derision or devotion to the actor, addressed so with alarming familiarity, whether in affection or sarcasm. (Please note how I've NOT mentioned Dabanng along with the afore-mentioned poppycock because it was genuinely entertaining. Heck, it was one of my favourite films of the year.)

My point is that we've gotten so habituated to the commitments and ehsaans, the raggedy humour and the implausible heroics written specifically to reinforce the larger-than-life presence of the superstar that we have started to expect JUST that.

So here's the good news. Ek Tha Tiger demolishes this mindset with such unhurried relish it will take me one more viewing to believe it's actually happening.

While exceptional in this regard, ETT isn't always brimming with bright logic. It has its share of loopholes, convenient bending and tweaking of a hazy script packed with diplomatic protocol inaccuracies, which dumps characters and introduces new ones at its whim and will. But that is a compromise you're willing to make for a film that doesn't test your nerves or provoke Salman's shirt to tear up like a Hulk cartoon.

It's not like he doesn't do his shtick. There's a reason why people queue up as early as 9am to watch a Salman outing wherein the basic purpose is whistling till one's mouth hurts.

As it happens, a deafening amount takes over the hall's space when Salman's Tiger makes a thundering entry into the frame that juggles an imagery of a swaggering silhouette standing at a vantage point of a remote corner in the Middle East, a vigorous kick landing straight into a trembling jaw, a slowmo drizzle of cigarettes and ashes and a Super Salman baritone shooting his first fine words, 'Kutton ki tarah haanf raha hai. Kitni cigarette peeta hai?'

While it could certainly do with a bit of edge, Ek Tha Tiger appears content to play out as a linear Agent Vinod meets Veer Zaara meets Mr and Mrs Smith where the priority is to present Salman a bit more uniquely than we are accustomed to.

Sure, he does a lot of crazy stuff and stops a rushing tram from colliding into active traffic with the help of his blazer but he's no longer the smug hero with a corny catchphrase. He's just a secret agent who's incredibly good at what he does and has enough humour in him to acknowledge, 'Tiger toh kutte ka naam hota hai.' And so this time it's his refusal to be selfless and a defiance to be tamed that makes the new, decidedly improved Salman endearing. Also, boy can he work a beard?

Triggering this realisation within Tiger is Katrina Kaif's Zoya, the breezy pug-sitter with a friendly smile and some badass moves. If only things would progress as quickly for the pace nosedives enormously once Tiger and Zoye begin to hang out, it is hard to forgive the sluggish screenplay and mediocre songs towards the middle. Even their interactions, though not dreary could do with a lot more salt.  The humour in their talk is sometimes so subtle; it's no longer humour.

It's been a recurring issue in all of Kabir Khan's films, they look terrific, fairly sensible but fail to make any real emotional connect. Nevertheless, Katrina and Salman look good together even if the latter appears slightly aloof for a character rather ambitious in his romance. Perhaps director Khan purposely downplays it, worrying it would interfere with the action.

Wait a minute. Did I say action? That's my favourite part. It's precisely what the romance fails to be -- snappy, snazzy, and substantial. Especially the Katrina bits, the Kat roars. Salman is expectedly familiar/splendid with/at the drill and lends the Tiger every possible wow factor (of course, he drops his shirt) but it's his leading lady's nimble accomplishments that took me by surprise. Wish there was more of it, especially towards the midpoint.

Having said that, Ek Tha Tiger has a lot going for it with its two certified stars no one will contract an eyesore looking at and a supporting cast (Ranvir Shorey, Girish Karnad) that never lets you down along with plush production values typical to a Yash Raj product.

And while I was hoping to find a lot more to whistle, I cannot thank Kabir Khan enough to get rid of the Dhinka Chika phase. 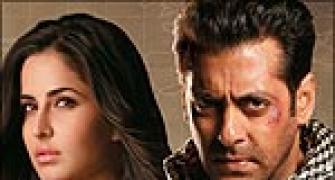 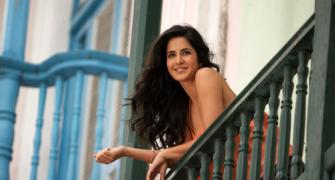 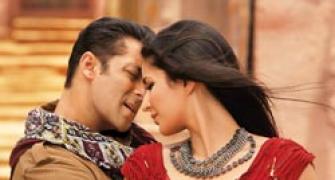 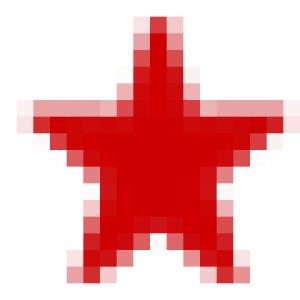 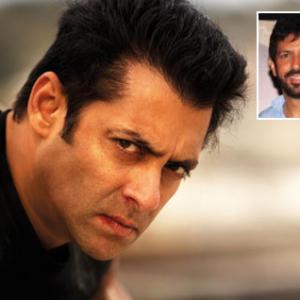