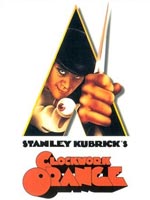 One of the most provocative films of the 1970s, as gripping and thought provoking today as it was 40 years ago, Stanley Kubrick's A Clockwork Orange, now has Blu-ray editions released through Warner Home Video.

For the generation that may already have seen the classic, this is an opportunity to see it in a sharply defined format; it is more vivid and gripping in the new version than in its previous incarnations. For the new generation, this will be a brilliant introduction into the cinema world of Stanley Kubrick, one of the masters of 20th century cinema.

The futuristic story of a group of young people turning ultra violent was based on the international bestseller of the same name by Anthony Burgess.

The film as well as the book depicted an ultra-oppressive society which is so lawless that man is reduced to a mere machine. The briskly cut film unfolds against splendid classical music.

This is not a film for those with sensitive stomachs. The violence is jolting. Nevertheless, it is a powerful film with Malcolm McDowell turning in a masterly performance as the amoral punk whose rehabilitation is attempted via a controversial psychological conditioning technique.

As Warner Bros reminds viewers, 'Years later, the world is a different place but the film's power still entices, shocks and mesmerizes.'

In the United Kingdom, where the movie is set, there was severe criticism that the film had inspired several real-life copy-cat crimes, and Kubrick asked Warner Bros to remove it from circulation. It began to be shown widely only after Kubrick's death in 1999.

Kubrick lived in England for most of his adult life and shot the film in the UK. It received mostly positive reviews and was nominated for four Oscars, including Best Picture and Best Director. Many consider it among Kubrick's best work.

A bonus feature of the collector's edition is the commentary by McDowell and film historian Nick Radman and a documentary by Channel Four, the British network, called Still Tickin': The Return of Clockwork Orange. There is also a digital copy of the film.

A 40-page book comes in the packet with production notes and photographs. It reveals, among other things, that Kubrick was fed up with the controversy surrounding his film.

A restored version of the film will be was released at the Cannes Film Festival and there will be many anniversary screenings and discussions including the one at New York's Museum of Modern Art on May 25 in which McDowell participated.

Warner Bros will also release Stanley Kubrick: Limited Edition on Blu-ray, a 9-film and 10 disc collection which includes every film Kubrick made since 1960.

He is most famous for his films Spartacus, Dr Strangelove and 2001: A Space Odyssey.

Kubrick was not bound by just one or two genres. He made a horror film, The Shining, based on a Stephen King novel, and he made the anti-war comedy Full Metal Jacket.

As a director, Kubrick was famous for his re-takes and for wanting to attain perfection, which meant that everything he made was classic, frame by frame.

Jack Nicholson, who starred in The Shining, was at one time so exasperated with the director's obsession that he told Kubrick that "just because you are a perfectionist does not mean you are perfect."

Included in the new Blu-ray edition is Stanley Kubrick: A Life in Pictures, produced and directed by Jan Harlan, the brother of Christiane Kubrick, the film-maker's widow.

The documentary is narrated by Tom Cruise who gave a compelling performance in Kubrick's Eyes Wide Shut. This feature offers insights into Kubrick's working method, shows him on film sets and at home, and lets us learn more about his art and passions from his family members, friends and collaborators. 40 years of A Clockwork Orange 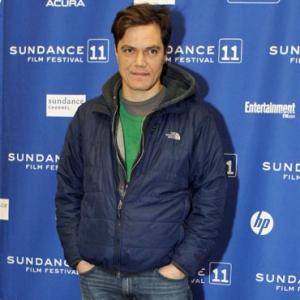