News
Business
Movies
Sports
Cricket
Get Ahead
Money Tips
Shopping
Sign in  |  Create a Rediffmail account
Rediff.com  » Movies » 'Chehre can be a turning point for me'

'If it hits the right notes, actors will start trusting me with new stories.' 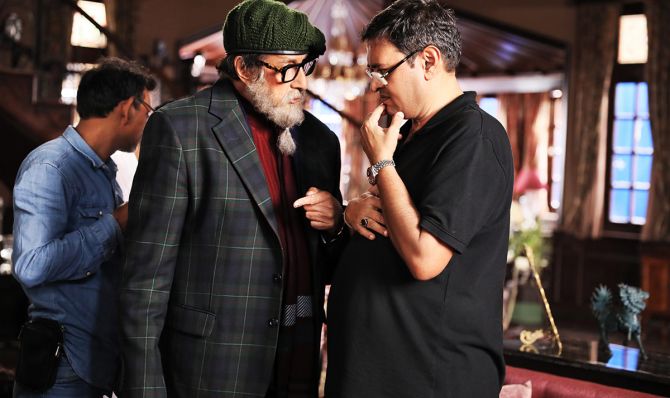 IMAGE: Rumy Jafry with Amitabh Bachchan on the sets of Chehre.

Rumy Jafry, who has written Bollywood hits like Coolie No 1, Judwaa, Hero No 1, Jodi No 1, Chalte Chalte and many more, returns to the director's chair with Chehre.

"Whenever I meet producers or studio executives, they expect me to bring something like Bade Miyan Chote Miyan, Biwi Number 1, or something that I have delivered earlier. I was looking to try something out-of-the-box and Mr Bachchan supported me in that," he tells Rediff.com Contributor Prateek Sur.

Tell us about Chehre. Where did the idea come from?

For a very long time, I was playing with the idea that whatever I have done till now, the kind of cinema that I have done, I wanted to diverge from it and try something new.

I wanted to tell people that I can craft a different story, a departure of sorts from my writing style.

Ranjit Kapoor, who's a renowned writer, came up with this story to me. That's how it all began. As you are the captain of the ship, you'll be able to give a proper assessment of how badly has the movie been hit due to the pandemic?

The pandemic is something that is not in the control of humans.

Only if you are in good health can you work and excel in it.

Last year, we didn't do any publicity or promotions, we just announced the date but because of the pandemic, we postponed it.

This year too, the trailer was released and it was well received by friends in the industry and the media.

We were very excited.

Now, the theatres are opening gradually in Delhi and Bombay, so let's see how it goes.

We see a very different side of Emraan Hashmi in the trailer. Was he always the first choice for this role?

I won't lie to you, when we wrote the film, we just kept Mr (Amitabh) Bachchan in mind.

I may not have worked with Emraan earlier. but I have always liked him as an artiste. I have seen all his films.

So when we were looking at our options in terms of casting, it hit me that what if Emraan played this character because he fits the character so well and has earnestness in his performance and craft. You have worked with Mr Bachchan on numerous projects. Was it easy to convince him to be a part of Chehre?

It wasn't difficult to convince him.

The thing is that whenever I meet producers or studio executives, they expect me to bring something like Bade Miyan Chote Miyan, Biwi Number 1 or something that I have delivered earlier.

I was looking to try something out-of-the-box and Mr Bachchan supported me in that.

I couldn't be more thankful to him for this.

I have very fond memories of Mr Bachchan since the '90s but nowadays I am very emotional.

When I unwrapped the present, I was very surprised to find the Quran Sharif. It was so big that it barely fitted in my hands.

He reads out a poem written by you in Chehre. How did that happen?

Mr Bachchan and I connect in terms of literature as well.

He is the son of Mr Harivansh Rai Bachchan and has spent his childhood and adolescence in the company of great poets and writers.

I too come from a literary background. My father and uncle were writers and I have taken up the family legacy.

He somehow identified the poet in me.

I have never written a song in my career so far, but Amitji pushed me to write the lyrics.

Then Shekhar of the Vishal-Shekhar duo agreed to compose the song and Mr Bachchan lent his voice to it. It's being said that Rhea Chakraborty's role was reduced after the controversy around her last year. Is it true?

We haven't slashed anyone's role or increased it.

When the entire incident happened last year, the film was almost ready after the edit.

Naturally, we couldn't have added things because we were not in the position to shoot.

So we kept things as they were.

Everyone has worked very hard on this and it has come out well.

You were going to make another film with Rhea and Sushant Singh Rajput.

I have kept that script on hold for now.

To write a story you have to live that story in that universe.

After Sushant passed away, whenever I thought of the script, I used to see his face in every aspect of that story, and it used to cause immense pain to me.

That's why I've kept that script on hold.

Do you think what happened to Rhea was unfair?

I said this earlier and I'm firm on that... irrespective of whatever people have said, the findings of the CBI and the report will come out eventually, and the truth will be out for all to see.

It's unfair to hound someone and trouble their family like that. Kriti Kharbanda walked out of Chehre. What was the reason for that?

The dates were an issue.

I remember we had blocked the location and dates and at the same time, her film Pagalpanti was about to release. So she had her commitments for the promotions in the same time frame.

For us, it was difficult to accommodate her new dates.

We had everything booked, including the locations in Delhi and Poland.

For now, my entire focus is on Chehre because this film can be a turning point for me.

If it hits the right notes, actors will start trusting me with new stories.

They will be open to stories that are different from what I have done so far and this will give me the freedom to bring in new stories and different subjects in cinema. 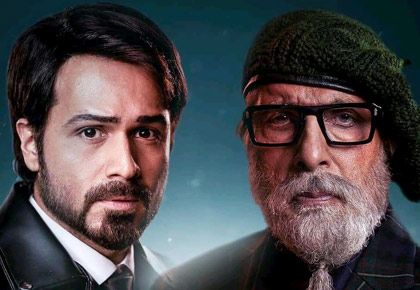 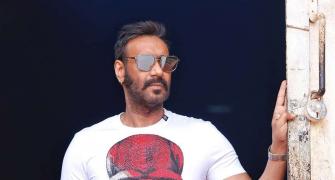 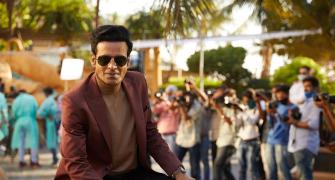 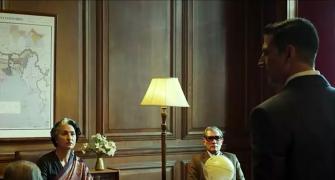 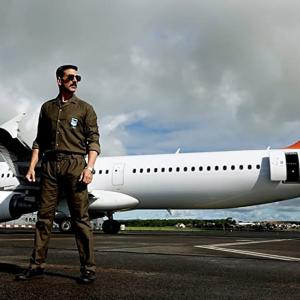 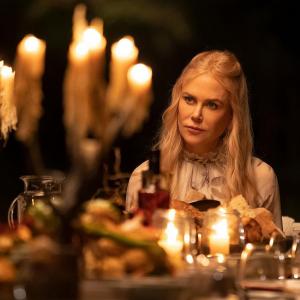