Women artistes were the big winners at the 63rd Grammy Awards.

In fact, Beyonce, Taylor Swift and Billie Ellish made history with their trophy haul.

The pandemic may have dimmed some of the ceremony's lustre, but with the COVID-19 protocols in place, winners and performers ensured an entertaining evening.

Held at the Los Angeles Convention Center, the Grammys, considered to be music's biggest event, has often been criticised for sidelining female artistes in top categories, but the 2021 edition turned out be a departure from that as Beyonce became most awarded female artiste in Grammy history.

She trails only classical conductor Sir George Solti, who still holds the all-time record with 31 Grammys. 'As an artist, I believe it's my job and all of our jobs to reflect the times. And it's been such a difficult time. And so, I want to uplift, encourage, and celebrate all the beautiful Black queens and kings that continue to inspire me and inspire the whole world,' she said.

Beyonce also congratulated her nine-year-old daughter Blue Ivy Carter, credited as a collaborator on the song, for becoming the second youngest act to win a Grammy in the show's history following Leah Peasall's win at the age of eight in 2002.

'I know my daughter is watching. Blue, congratulations, she won a Grammy tonight. I'm so proud of you. And I'm so honoured to be your mommy,' she added. 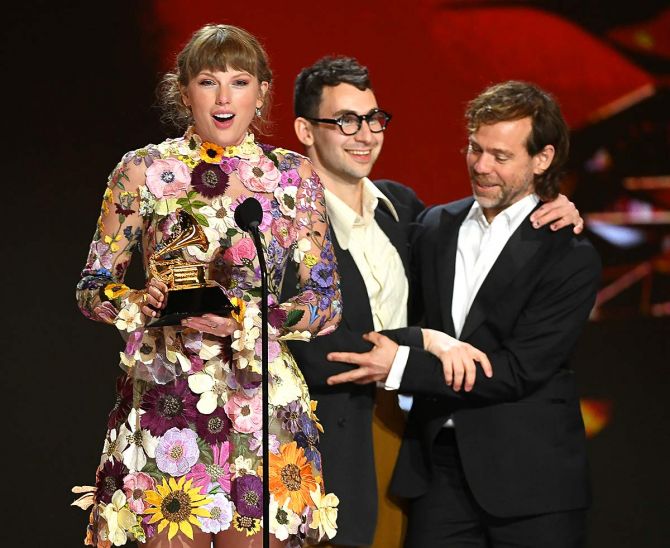 Swift, who gave her first-ever Grammy performance in five years singing a medley of songs from her albums Evermore and Folklore, had a memorable year at the music gala.

She won the Album of the Year for Folklore, becoming the first female artiste to win the top honour thrice in her career.

The 31-year-old singer thanked her collaborators, Laura Sisk, Jack Antonoff and Aaron Dessner, and gave a shout out to boyfriend, actor Joe Alwyn, for helping her write the songs during the coronavirus pandemic.

'I had the best time writing songs with you during quarantine,' Swift said.

Alwyn is credited on Folkore under the pseudonym William Bowery.

Musicians, who have won the Album of the Year trophy thrice, are Stevie Wonder, Frank Sinatra and Paul Simon. IMAGE: Billie Eilish accepts the Record of the Year award for Everything I Wanted. Photograph: Kevin Winter/Getty Images

Eilish, last year's biggest winner, and her brother Finneas won the Best Song written for visual media award for their James Bond theme from the unreleased No Time to Die James Bond movie.

It was for the first time in the ceremony's history that a track from an unreleased film won the award.

The singer took home the Record of the Year trophy as well, making it her second consecutive win in the category.

'You are a queen I want to cry thinking about how much I love you... You deserve everything in the world, I think about you constantly... You deserve it,' she said. 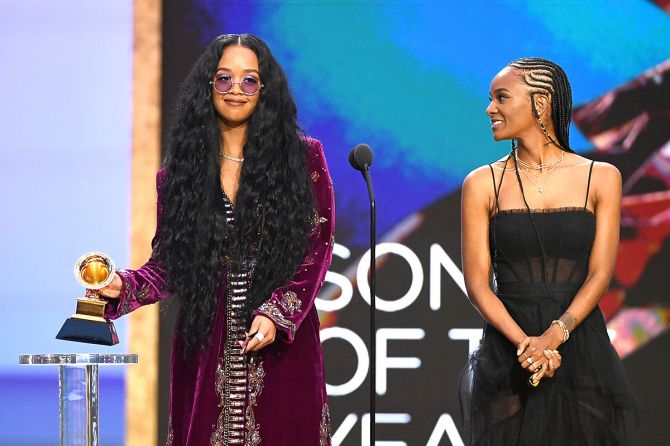 IMAGE: H.E.R. and Tiara Thomas accept the Song of the Year award for I Can't Breathe. Photograph: Kevin Winter/Getty Images

H.E.R's political anthem I Can't Breathe was also recognised by the Recording Academy.

The musician, whose real name is Gabriella Wilson, released I Can't Breathe last June in the wake of the George Floyd killing.

In her acceptance speech, H.E.R said her aim has always been to bring about a positive change in the society through her music.

'We wrote this song over FaceTime, and I had no idea that my fear would turn into change. But that's why I write music, that's why I do this,' the musician said.

This was the singer's first song of the year Grammy win two nominations. The 26-year-old rapper, who gave a jaw-dropping performance of her chartbuster song WAP with Cardi B at the ceremony, also won the best rap song Grammy for her and Beyonce's Savage (Remix).

Pop stars Lady Gaga and Ariana Grande won the best pop duo/group performance for their maiden collaboration Rain on Me. Miranda Lambert led the country genre with the Best Album Grammy for Wildcard, while Dua Lipa was honoured with Best Pop Vocal Album for Future Nostalgia.

Love Letters by Shankar, who was nominated for the seventh time in the Best Global Music Album category, lost out to Burna Boy's Twice as Tall.

Indo-Canadian social media personality Lilly Singh turned up on the red carpet in the I Stand with Farmers mask to draw attention to agitating farmers in India. 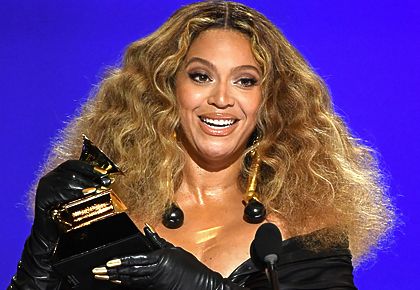 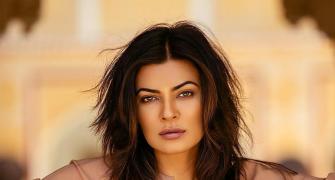 Sushmita Sen turns on the heat! 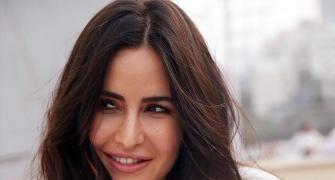 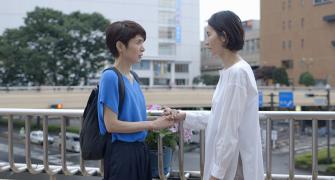 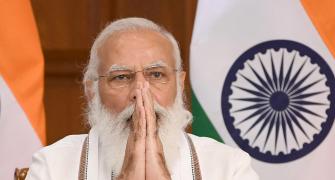 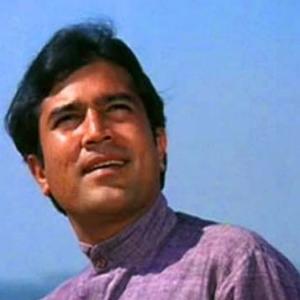 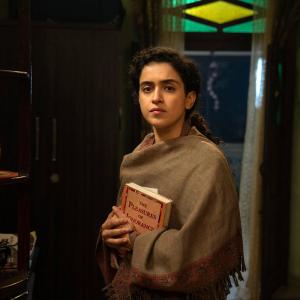