She posted a picture on Instagram, above, and wrote: ‘New beginnings. New start. New journey. First day of shoot for #Sultan. Here we go!’

Directed by Ali Abbas Zafar and produced by Aditya Chopra, the film will also feature Randeep Hooda and Amit Sadh. Sunny Leone is busy touring the country to promote her upcoming film Mastizaade.

She shared a picture of herself with husband Daniel Weber and director Milpa Zaveri, above, and tweeted: ‘@MastizaadeFilm in Delhi!! Here we go! Two 15-20hrs days of press.’

Bollywood stars, who attended the premiere of Akshay Kumar and Nimrat Kaur starrer Airlift in Mumbai last night, turned to Twitter to congratulate the team:

Anupam Kher: ‘What an amazingly patriotic film. Biggest ever rescue operation by India. Thanks to d passion & compassion of an INDIAN. Congrats to the cast & crew of AIRLIFT. @akshaykumar your performance is of International level. Your graph as an actor is Inspirational.’

Rajkummar Rao: ‘#Airlift Witness one of the most remarkable events in our history. A truly special film. @NimratOfficial u totally killed it as Amrita. Waah. #Airlift Amazing cast put together @akshaykumar like nvr seen before. Such a fine, controlled performance & special mention to #KumudMishra.’

Twinkle Khanna: ‘Airlift is a brilliant brilliant film-Gritty,entertaining and heartwarming. A true story that makes you feel proud to be an Indian #Airlift.’

Pulkit Samrat: ‘#Airlift is @akshaykumar's best performance everrrr!!!!! Superb film n @NimratOfficial you are just fab! Clap for the team! A must watch!’ Kunal Kohli took to Twitter to wish them and wrote: ‘#happyanniversary to the sweetest warmest couple ever & my most fav person & actor @chintskap.’ Director Abhishek Kapoor shared a picture, above, and tweeted: ‘With these 2 beauties, sharing the love #fitoor #tereliye #pashmina’

The film, which is based on Charles Dickens' novel Great Expectations, will release on February 12.

British filmmaker Gurinder Chadha, who is busy with the post-production of her film Viceroy's House, hopes that the film will make people think before being intolerant.

‘After weeks of editing on @ViceroysHouse for my financiers screening tomorrow, I am exhausted n heartbroken so many sad images of #partition,’ she tweeted.

‘My only hope is my film will make people think before being intolerant. Hate is almost always organised for suspect motives,’ Chadha added. He posted some pictures on Facebook, above, and wrote: ‘Meri Film Satte pe Satta ko 34 yrs ho gaye release ke .. 34 years ago this film was released and it still has tremendous memory with the audiences.’ The first edition of IIFA Utsavam will be held in Hyderabad on January 24-25.

Choreographer Shiamak Davar ‏tweeted: ‘Glad to be back in Hyderabad to choreograph some of the most talents stars from the south industry for @IIFAUtsavam !’

He later shared a picture of himself with Taapsee Pannu, above, and added: ‘My spb student frm Delhi nw such a star! Love it when my students grow & do so well! Proud of u @taapsee.’ 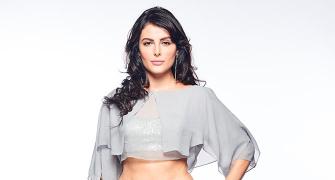 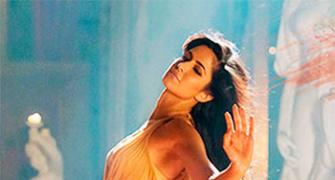 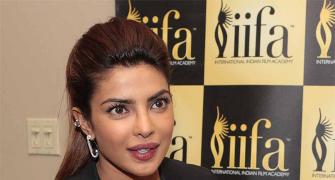 Brand India's Priyanka Chopra: 'This is not the country I grew up in' 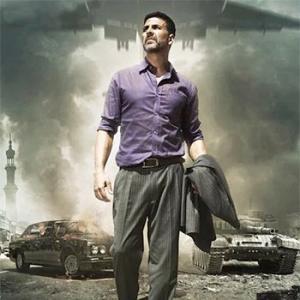 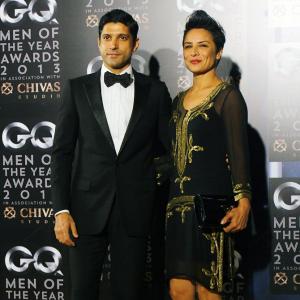