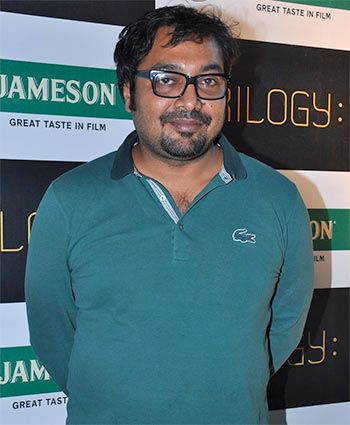 'No one in this industry could have made Bombay Velvet in less than Rs 300 crore.'

Anurag Kashyap has humble expectations from his most ambitious project yet.

Anurag Kashyap lights a cigarette as we sit down for the interview.

Taking quick drags, he is engrossed in checking the response to Ugly’s trailer on his iPad.

“Achha response hai (the response is good),” he says, looking up.

The cigarette, so ordinary otherwise, makes a statement in this setting.

After all here is the filmmaker who delayed the release of his film Ugly by almost a year because he didn’t want to carry the mandatory disclaimer during the smoking scenes in his film.

Kashyap is still fighting that war in court, but he has decided to concede this one battle.

As Ugly hits the screens, he tells Sonil Dedhia/Rediff.com why.

Ugly releases a week after PK. Is this the right time to release the film?

We are under no illusion that we are going to have a houseful audience for our film.

Even if five to ten per cent of people from every screening of PK come to watch Ugly, the film will make a profit. And if three to four per cent come, we will break even.

The law of nature is such that small fish that want to survive in dangerous waters, stick around a massive blue whale thereby saving themselves from shark attacks.

PK is the blue whale and we are the small fish (smiles).

A review about Ugly in the Hollywood Reporter said that your previous film, Gangs Of Wasseypur, set the bar very high and it will be difficult to match it. Do you feel the pressure?

The Hollywood Reporter review of Ugly came out after the screening of the film at the Cannes Film Festival, which had very bad subtitles because of which they got the film wrong.

The film couldn’t communicate its real story, but barring that review and a couple more, reviews about Ugly have been favourable.

I don’t feel the pressure to deliver. It is because of Gangs Of Wasseypur that I was able to make Ugly and my next film Bombay Velvet.

You fought against carrying an anti-smoking disclaimer in in Ugly. Hollywood director Woody Allen refused to release Blue Jasmine on similar grounds…

(Interrupts) More power to him (smiles).

My question is, isn’t it more important that your film reaches the audience rather than protesting against one disclaimer which says ‘Smoking is injurious to health’?

No, I think that one disclaimer kills the entire film.

I don’t know why filmmakers don’t love their films so much that they don’t come together and fight the battle that I am fighting.

It is so unreasonable and unfair. The government, which wants these disclaimers to be put up in our films, should ban the alcohol and tobacco making companies. Waha se paisa milta hai... revenue aata hai toh who ban nahi karenge (That’s where the money comes from, where the revenue comes from, so they won’t ban the product).

The government is impotent against the tobacco lobby and they don’t have any power to take action against them. So why do filmmakers carry the pain of everything?

Nowhere in the world will you see such disclaimers in films. I haven’t lost the battle. After the court case was deferred, a pending case in the Supreme Court filed by Mahesh Bhatt took longer than we thought.

My fight will continue but my movie will release because there is a producer who has put in his hard earned money. I can’t be so indulgent that I make him suffer because of my beliefs.

I don’t say smoking is good for health; it’s terrible. But at the same time, why should Anurag Kashyap bear the brunt, when it is not his responsibility. 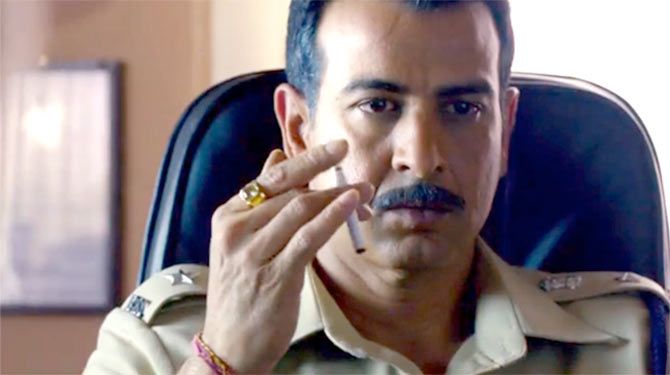 Do you see a solution to this?

Kucch cheezon ka solution nahin hota (there is no solution for some things). If some influential people come together, we can still fight the battle.

But they will never get together. In Bollywood, we have three movie associations that already have lots of issues within themselves.

I feel we should let the health ministry, I&B ministry and the film industry sit together and acknowledge the problem.

(Interrupts)  I think Ugly is a commercial film too.

It's the kind of a thriller that people in India are yet to see. I have always maintained that my films are not niche.

When I cast Ranbir (Kapoor) in Bombay Velvet it just helps me is expand its reach and scope. But I still maintain that the story should be the star.

There have been lots of reports regarding the delay of your next film Bombay Velvet.

My answer will come on May 15, 2015 (the day Bombay Velvet releases). I don’t need to waste time giving clarifications on why my film is delayed.

I am very confident of Bombay Velvet. And so is everyone associated with it.

Rishi Kapoor hasn’t seen the film and according to the reports, he is miffed that the film hasn't turned out well.

Ranbir said he really enjoyed working on Bombay Velvet, which came in only one newspaper and no one read it.

There was a report in a daily newspaper that Kalki and I separated because of Huma (Qureshi). Immediately after the report came out, Kalki and I wrote a letter saying that Huma has nothing to do with our separation, but the newspaper refused to publish it because it would make their story look false.

We had to call the head of the newspaper and say that if you are not going to publish our letter we will give it to other publications. They got scared and published it.

Do you think people are questioning you because Bombay Velvet is your first big budget film with big actors like Ranbir Kapoor and Anushka Sharma?

Can you please tell me where all the negative stories are coming from?

Anushka, while promoting PK, has said good things about our film. As I said earlier, trade ko mere se bada problem hai (trade has a big problem with me).

The trade mentality is that if the film has a big star, it will make the so called Rs 100 crore at the box office.

The last big release (Action Jackson) didn’t work but the trade did not blame the filmmaker or the actors; instead, they said that audience ke mood swing ke wajah se movie nahi chali (laughs) (The movie didn’t do well because of the audience’s mood swings).

Aisa kabhi hota hai kya? (Does it really happen?) Trade is an unnecessary thing. Their whole survival depends on prediction.

The trade is wary of me.

They don’t like me (laughs). They think that a producer giving me money is a waste of time because I am a filmmaker whose films have never done well at the box office.

They don’t think giving big money to all these films that are bombing is a waste because wo film main stars hote hai (those films have big stars). All my films are content and non-star driven.

I had a lot of difficulty in convincing the producers that I wanted to make a film worth Rs 90 crore.

Earlier I had cast Ranveer Singh but the producers were ready to give me only Rs 60 crore. Later I decided to cast Ranbir as he is more saleable. 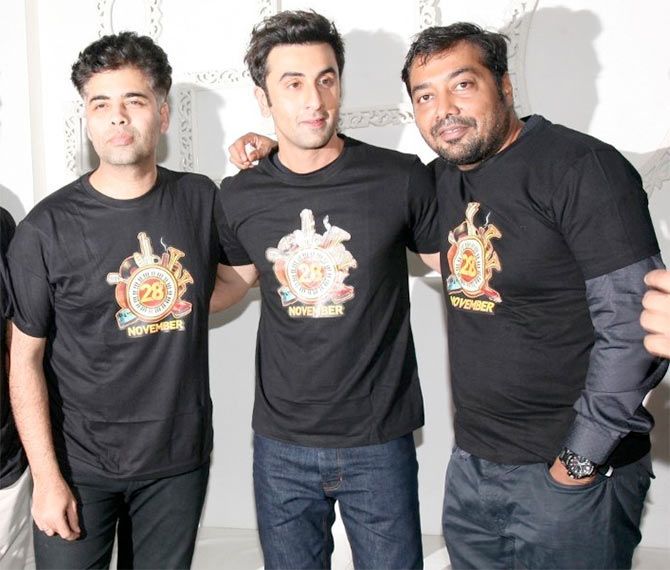 But did you not foresee this delay once you started making the film?

We didn’t foresee this delay as there a lot of firsts with Bombay Velvet. We are recreating an entire city from a bygone era in a very realistic way.

My film is not shot in a studio. We have actually recreated the entire city and are painstakingly working on every small detail.

We have finished only 60 per cent of the film. Whoever has seen it so far is in awe of it. They are telling me to release the film.

Aamir Khan in a recent interview said that the Rs 100 crore trend is very unfortunate.

He is correct. I totally agree with him.

Filmmakers nowadays take a star and forget the script.

Let me tell you something. No one in this industry could have made Bombay Velvet in less than Rs 300 crore. I made it possible in Rs 90 crore and I want the film to do business of at least Rs 150 crore. I am sure that Ranbir and Anushka will bring in the audience on the first weekend.

But it is the first Monday that will be crucial. People will go to watch the film only if the content is good. 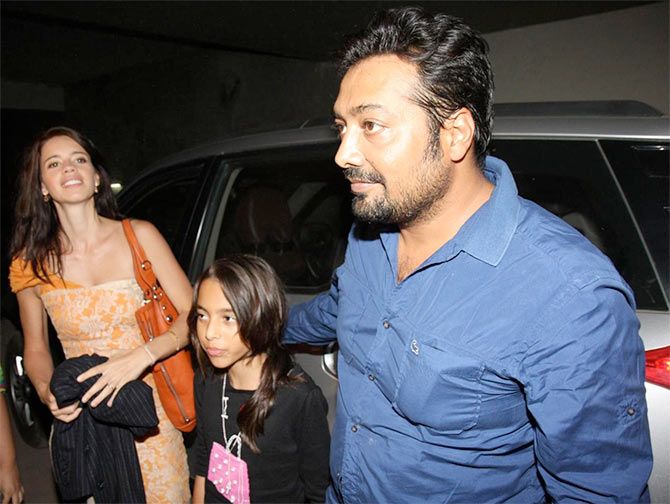 I met Kalki Koechlin and she said that her relationship with you cannot be summarised in one quote.

She is absolutely right. The media and this country can’t comprehend the relationship we shared. A woman like Kalki will never be understood.

I would like to preserve the sanctity of our relationship. I stayed with her for six years and not once did she ask me how much I earn.

Will you two work together in the future?

Yes, we will work together again. Kalki is the most amazing person I have ever met.

Ugly is the story about a missing daughter. Will you show the film to your daughter?

My daughter has just seen 10 minutes of the film. Beyond that I cannot show her. So she isn’t going to see the film unless she sees it without my knowledge (smiles). 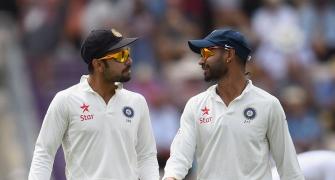 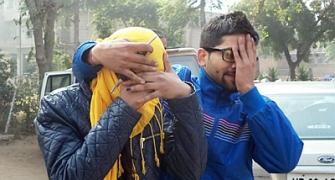 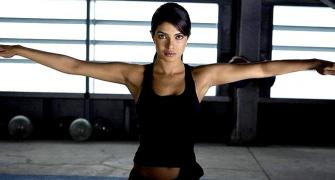 How much should you exercise to lose weight? 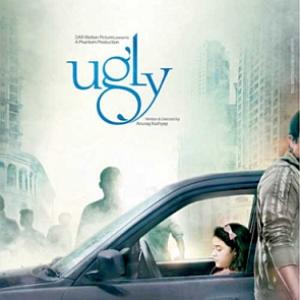 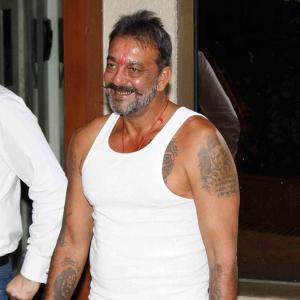