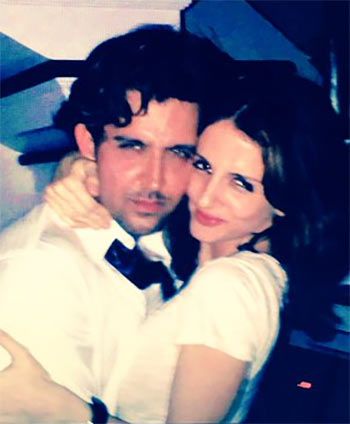 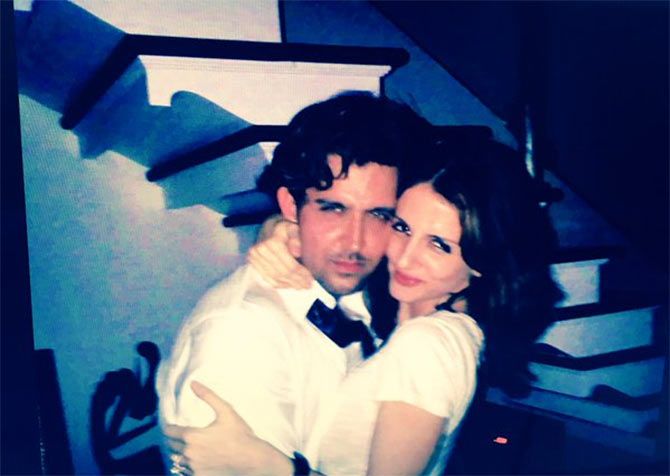 It's the best character certificate that Hrithik Roshan could ever ask for. The superstar, embroiled in a legal battle with his Krrish co-star Kangana Ranaut, has most of the patriarchal film industry supporting him, but support from this one person will certainly tip the scales in his favour.

His ex-wife, Sussanne Khan, lent voice and support to Hrithik. She tweeted, 'pictures are photoshopped and untrue stories carry 2 much weight.another pic for d rec. I support @iHrithik in this."

Sussanne's support came after a leaked picture of Hrithik and Kangana, in what can barely be called an 'intimate' position, went viral yesterday. The picture taken at a party shows the actors in a clinch. 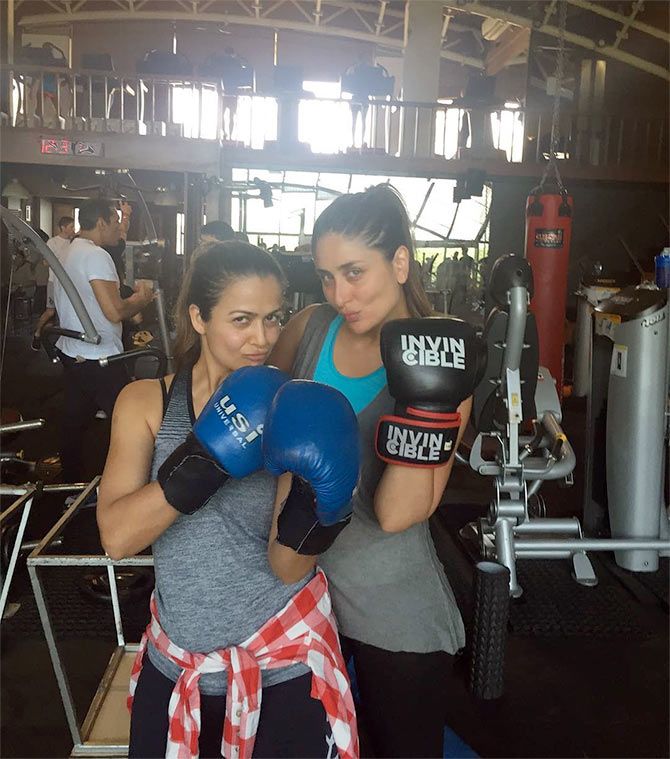 Amrita Arora took to Instagram to share a picture from her latest workout session with her BFF Kareena Kapoor Khan. 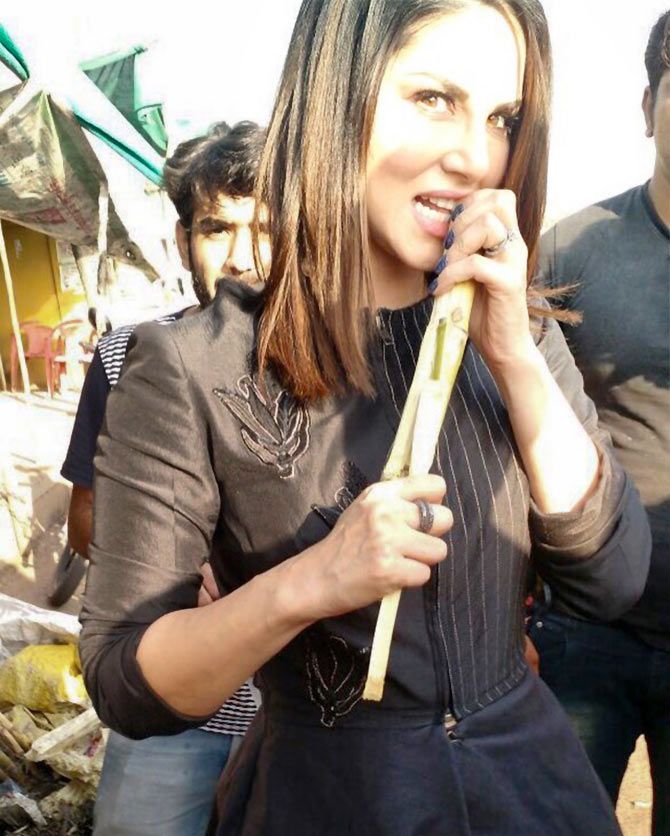 She posted some pictures and tweeted: ‘Never a pretty face while eating ghanna!thank u Nagpur 4a very special memory during @ONSTheFilm promo.’

The thriller film, which also stars Tanuj Virwani and Nyra Banerjee, will release on May 6.

Sanjay Gupta: Kangana’s lawyer and PR need to shut up 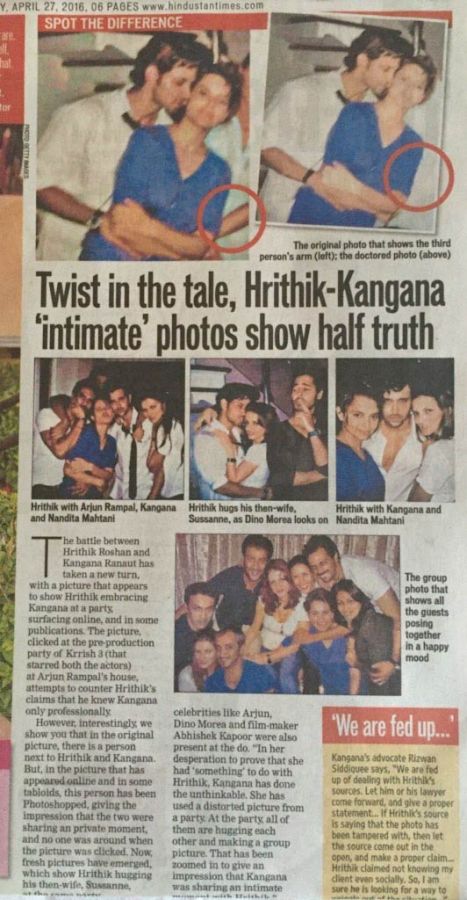 A picture of Hrithik Roshan hugging Kangana Ranaut recently went viral, but apparently it is not the complete picture.

Director Sanjay Gupta, who will be working with Hrithik in Kaabil, took to Twitter to support him: ‘Look at these pictures. The TRUTH is out! Ms Ranaut's lawyer & PR need to shut up & stop.'

Goldie Behl ‏tweeted: ‘Shocking to see personal pics doctored and cropped so that it can be used in a damaging context I'm glad the truth is out today.’ The film’s leading lady Sonakshi Sinha confirmed the news and tweeted: ‘‏Guys super thrilled to announce @ARMurugadoss is back after Ghajini and Holiday. My action thriller #Akira releasing on 23rd Sept.’

Meanwhile, she shared a picture of herself with her dog, above, and wrote: ‘Playing the role of a pillow to a sleepy dog tonight!!!’ 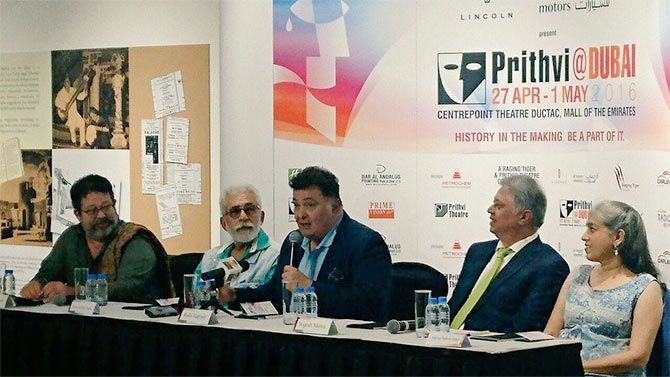 The five-day festival will stage a range of acclaimed plays at the Ductac, Mall of the Emirates, until May 1.

Can you recognize this actress? 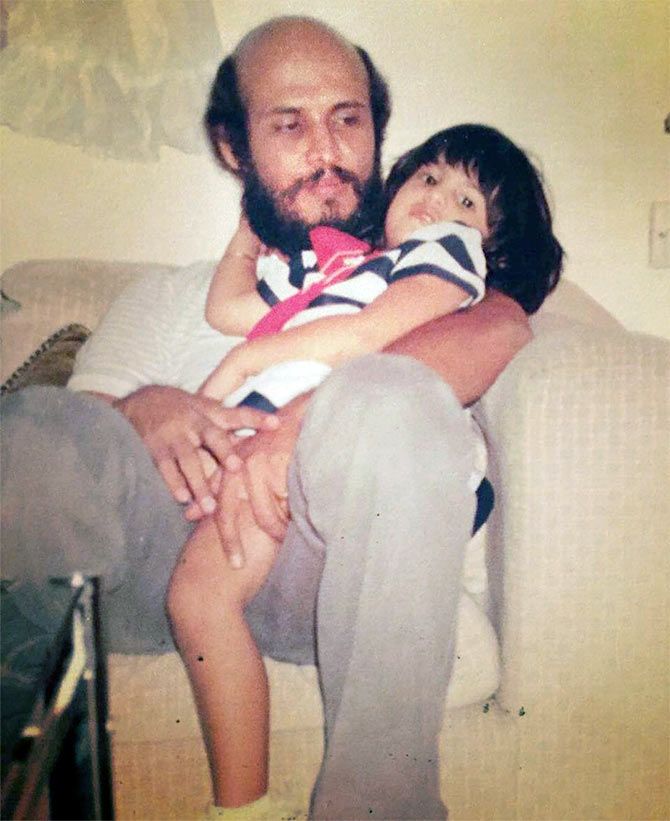 Jacqueline Fernandez took to Instagram to wish her father a happy birthday.

She shared a photograph, above, and wrote: ‘Happy birthday daddy @elroyjafernz i am everything I am today because you got me here! Wish I was there with you, hope I make you proud today with my speech at the European Parliament for @habitatforhumanity love youuuuuuuu.’ 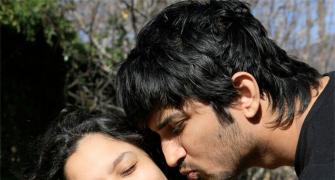 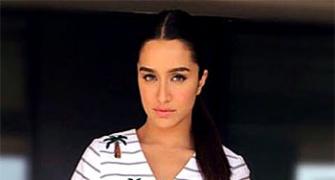 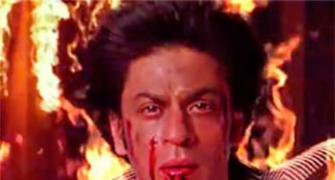 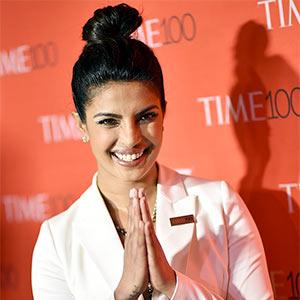 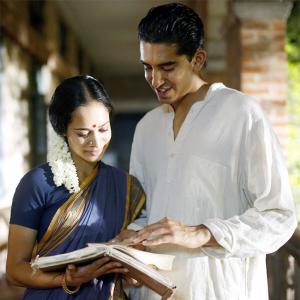