In a movie supposedly realistic, Dibakar Banerjee cannot handle politics except as a joke, with a party named 'India Bane Pardes' in Shanghai.

We in India have been blessed by a film culture that marries incompetence with elitism.

Blessed, I say, or else there would be more movies like Shanghai. Dibakar Banerjee's film is far from incompetent; it is wonderfully edited, brilliantly acted and full of dramatic and illuminating sidelights. Nor did it set out to be elitist, whatever it may have become.

Was not Mr Banerjee inspired to make it by the horrific sight of his doorman happy as he explained that the building where he worked, and Mr Banerjee lived, had gone up next to where his chawl used to be? Mr Banerjee, suitably moved, set out to explain this perplexing contentment -- and duly made a movie about middle-class saints, villainous politicians, and cartoonish proletarian thugs instead. Be thankful our creative class is incompetent or navel-gazing, for when they are not, as in Shanghai, they mistake cynicism for engagement, and condescension for compassion.

Conflicts over land in a development-focused state are the central narrative of our time. Great stories are waiting to be told about this.

On the evidence of Shanghai, however, Mumbai's film industry will never tell those stories -- blinded by the drawing-room pieties that serve it for politics, and limited by the lack of imagination that is its only world-class achievement.

True, nobody expects real originality or decent research from an "industry" -- as it grandiloquently calls itself -- that makes "period pictures" set not in our turbulent 1960s, but in the ersatz 1960s of Technicolor movies. But if you must borrow, adapt, steal, mutilate, desecrate -- and, heaven knows, there's no law or custom or basic decency preventing you from doing so -- must you do it to the world's great protest classics?

Vassilis Vassilikos' Z is the superlative political thriller of the modern era, delineating how the murder of a pacifist politician ballooned, through the actions of an incorruptible investigating magistrate, into a scandal at the highest levels of the right-wing Greek government.

It was closely based on the 1961 murder of Grigoris Lambrakis, a parliamentarian of great courage who, a few weeks before he was run over in the street, had defied a ban on a political procession. The iconic photo of this moment -- Lambrakis walking alone with a banner, a one-man protest -- can move anyone. It certainly moved me; a poster of it was for many years on my wall. 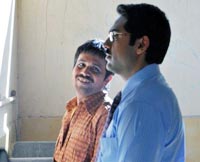 A few years after Vassilikos' novel was published, Greece's army took over that country, inverting morality as juntas do, turning the magistrate into a villain and the murderers into heroes.

Into that historical moment of rupture, as Soviet tanks rolled into Prague and students rioted in Paris, Costas-Gavras dropped his film version -- starker therefore, more downbeat than the original, and brilliant agitprop. That's engagement, people. Can no filmmaker in Mumbai's self-obsessed, shallow cultural elite walk down the street and find a story of terror, violence and expropriation to tell? Must we always suffer through the slickly-rehashed residue of other people's genius and other people's tears?

These days, Bollywood gets the little things perfect. Decaying small-town interiors, gaudy political posters, commissions of inquiry in community centres, sarkari jargon and bureaucratic one-upmanship; Mr Banerjee's movie is full of bang-on evocation of a small, political northern town. But there's no difference whatsoever between Shanghai and the competently-made yet totally unbelievable romantic comedies Mr Banerjee's peers churn out weekly, because the big picture he "adapted" is so completely wrong.

In Shanghai, urban land is being bought for a business park in a town "two hours from Delhi". We are told little about why some people would sell, of course -- Mr Banerjee's original question falls by the wayside so he can sing the rage of middle-class saviours instead.

The project's being pushed by a political party, which has made the business park central to populist mobilisation. Excuse me? How distant from the currents of north Indian politics is Bollywood? No small-town politician would promise Shanghai-style "development" to his voters.

Is there, perhaps, a party we haven't heard of in these states that takes out countless processions for business parks? This is not satire; yet, in a movie supposedly realistic, Mr Banerjee cannot handle politics except as a joke, with a party named "India Bane Pardes".

In several sequences that I must assume were introduced by a subversive assistant director, the do-gooder protagonists -- in cars -- are held up by political processions demanding, not protesting, development and acquisition. Shanghai takes its cringeworthy appropriation of Z's genuine fascism to its logical extreme by having its evil politicians answer the phone and address huge rallies by constantly repeating the catchphrase "Jai Pragati". Heil Progress. Sure.

The ridiculousness doesn't stop there. You will search our archives in vain for reports of an ideologically pro-"development" mob seeking out and trashing a Left-wing bookshop here. Charismatic NRI academic radicals are rarely murdered by our politicians for their objections to rapacious economic growth; no, they'd be put on National Advisory Councils.

The story's borrowed, ill-fitting bones are visible when one activist tells another that murders happen "jab Aadmi ke khilaaf jaate ho." When you go against The Man, indeed. Is that the idiom of our politics? Or someone else's?

Salvation comes, as it always does, from the movie's sole upright, religious, overeducated, upper-class man. This is what passes for radicalism in Bollywood's bubble. I forgive the critics who told me to go see this movie, for they have to wade through such effluent weekly that they have lost all sense of proportion. I do not forgive the movie's corporate backers. Who would be, the credits proclaim, the Centre's National Film Development Council, with some help from Uninor, formerly of real estate, business parks, and the 2G scam. Oh, and Ponty Chadha.

Yes, Bollywood, you're fighting The Man. 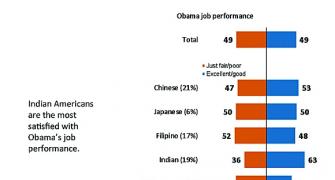 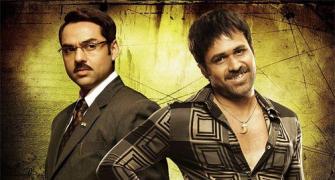 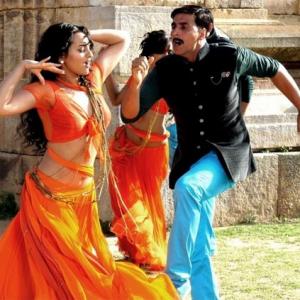 Here's why 'BAD' films do TERRIFIC business at box office 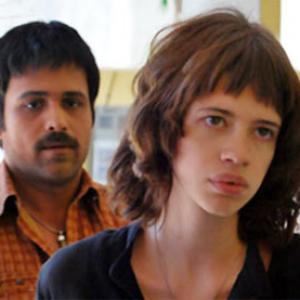