News
Business
Movies
Sports
Cricket
Get Ahead
Money Tips
Shopping
Sign in  |  Create a Rediffmail account
Rediff.com  » Movies » Lessons from Bollywood: How to dress for a date 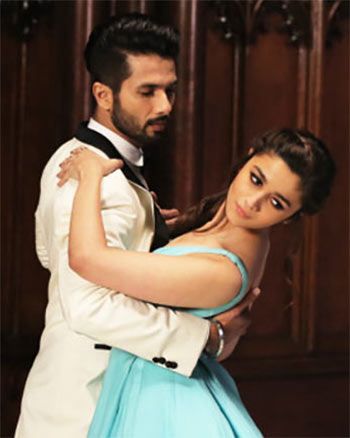 Cool tips to dress up pretty!

If movies are to be believed, picking a perfect outfit for a romantic date is very, VERY important. That is, if you care about leaving a grand impression on the person you dig.

Like on screen, the hero and heroine go through all sorts of trouble to stand out in the eyes of their beloved.

Here are some filmi lessons on how to dress for that all-important date on Valentine's Day. 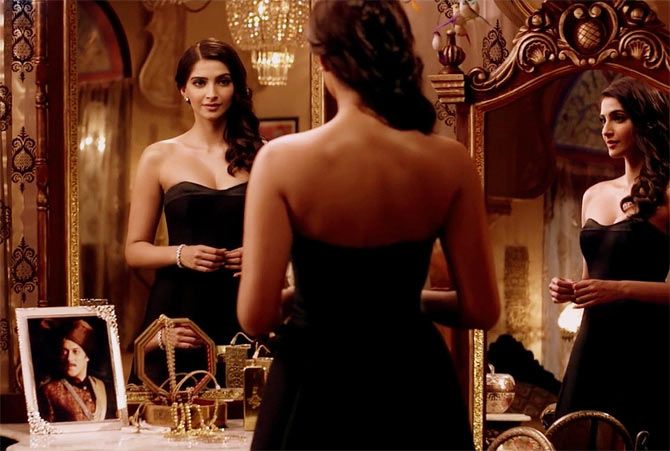 Dump those demure salwar-kameezes and slip into a smouldering, sweetheart neckline LBD to knock his socks off like fashionista Sonam does in PRDP for her Gujiya-Wujhiya gifting fiancé.

Date a guy like Hrithik Roshan who's got designer taste and takes care of his girlfriend's wardrobe needs like Ash in Dhoom 2. 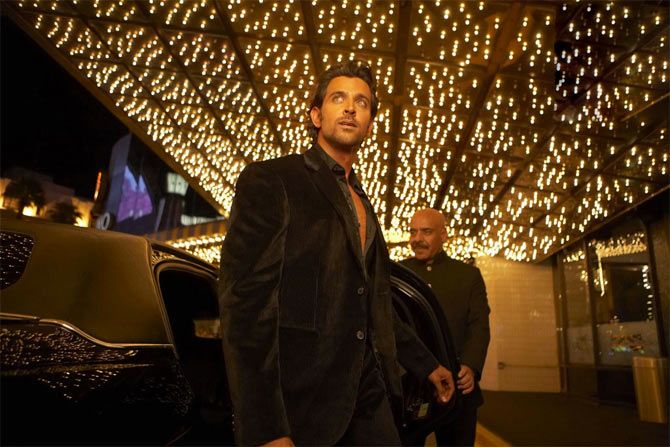 And if you're the guy, just copy HR blindly. Bollywood's Greek God sure knows his clothes.

Find out your sweetheart's preferences and doll up in traditional attire and jewellery like Sridevi in Lamhe. Only pray hard your man doesn't turn out to be mom's secret admirer from the past. 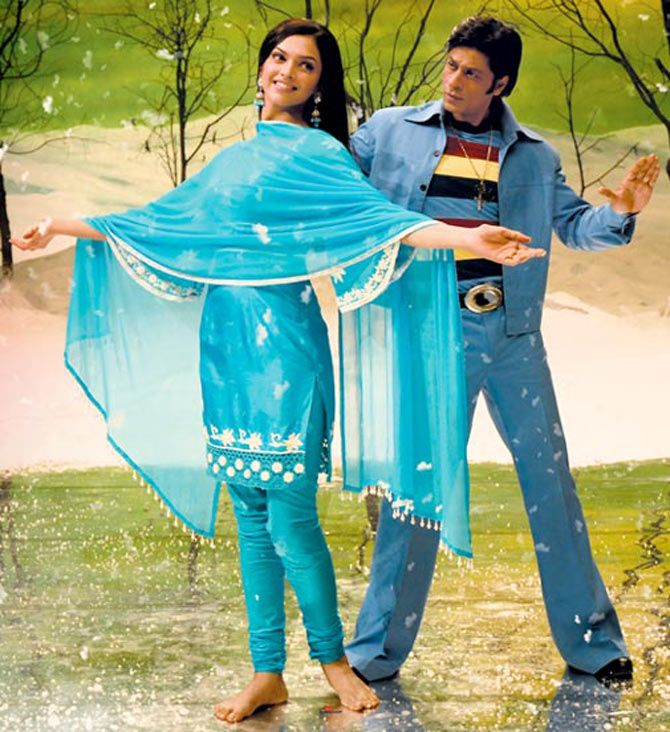 Channel your inner r(etr)omantic in popular designs worn by yesteryear fashion queens like Sadhana and Mumtaz like a demure Deepika Padukone in Om Shanti Om. 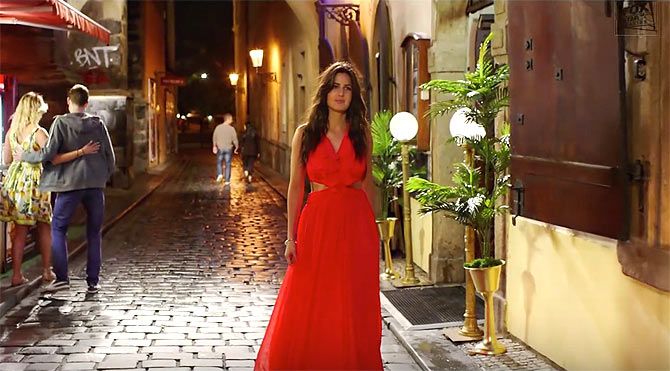 Wear the colour of love in its most sensual design like Katrina Kaif in Bang Bang and hear his heart's boom, boom all the way from one end of the room to another. 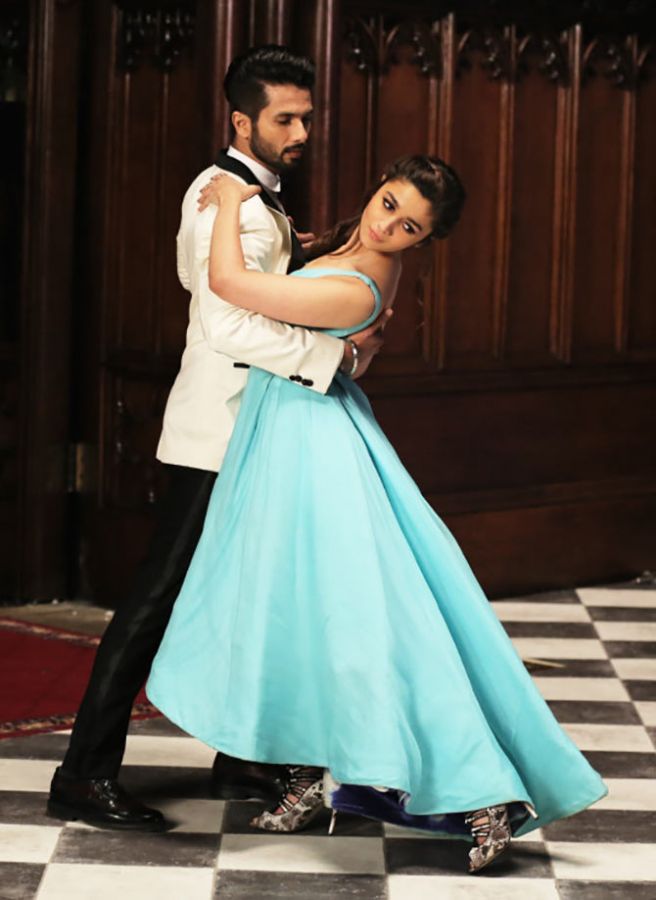 Fairy tale romance demands fairy tale costumes. So burn a hole in your pocket if you're not as wealthy as Shaandaar as Alia and Shahid and buy that tux and gown pronto. Cross dress as a girl to sneak inside a large group of one in order to cootchie coo with your ladylove in a strictly women's hostel if you are super desperate like Akshay Kumar in Khiladi. 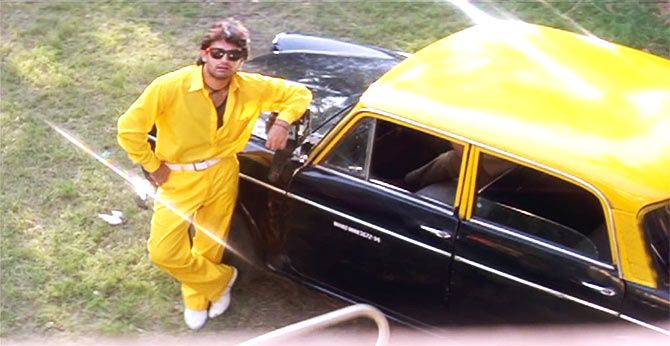 Cover yourself in BRIGHT yellow from head to toe like Aamir Khan's maverick tapori in Rangeela to catch your dream girl's attention.

But impressed? Now that's another story. 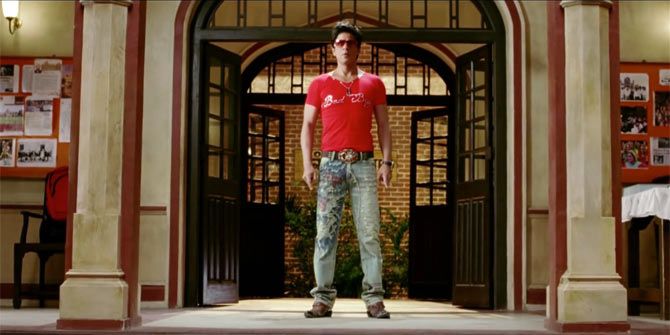 Discard those boring office clothes and work up that swagger in a ultra tight-fitting jeans and kitschy Ed Hardy knock-offs like SRK in Rab Ne Bana Di Jodi.

But remember, comfort not guaranteed. Or stay true to your personality. Change for no one. And dress in what you like -- odd or modest like Kangana Ranaut's inspiring Datto in Tanu Weds Manu Returns.