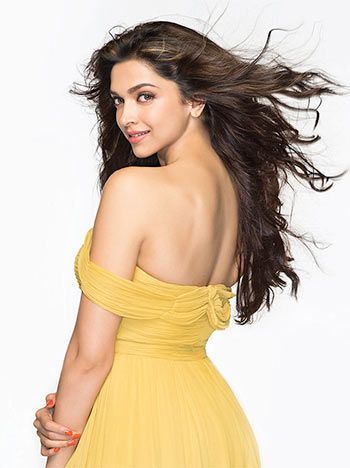 '(When you are in a relationship) It does cause unnecessary stress, especially if negative or untrue things are reported. Then, there's conflict and unnecessary unrest.

'The biggest downfall would be to come on board thinking, 'Let's create chemistry.' It's like saying let's make a hit film. It's stupid.

'The only day I will worry is if I stop getting exciting roles. As an actor, I have so much to give. There's a lot of fire and hunger in me to juice every part that I get.

It's been a long, hard journey for Deepika Padukone.

A journey where's she found herself as one of the top actresses in Bollywood.

Where she constantly dealt with criticism, gossip, the constant glare of the spotlight.

Where she made mistakes, stumbled, fell and stood up again.

Where she succumbed to depression and was brave enough to talk about it publicly.

Where she's finally discovered herself.

Now, ahead of her soon to be released film Tamasha -- her fourth with ex-boyfriend and close friend Ranbir Kapoor -- Deepika Padukone gets candid in an interview with Jahnavi Patel/Rediff.com.

You were shooting for Tamasha and Bajirao Mastani simultaneously. Was it challenging?

Yes. With Tamasha, it was slightly easier. At least from a character point of view, it was a more real and relatable character. Tara (her character in Tamasha) could be any of us today.

It's not like Mastani (Bajirao Mastani) or Veronica (Cocktail), where the characters are completely different from who I am. With Tara, there are shades of familiarity.

What was difficult in Tamasha was the second half, where there is a lot of breakdown (of emotions). The most difficult days for me were those in Delhi where the breakdown starts happening. Most importantly, it was that café scene. It went on for three days and you had to hold on to those emotions. That's tough as an actor because you're manipulating your feelings on a daily basis.

Like, we could have woken up in the morning, had a great breakfast, been ready to shoot and then we're like we have to get into another (breakdown) scene. You're actually manipulating your feelings to suit that scene. 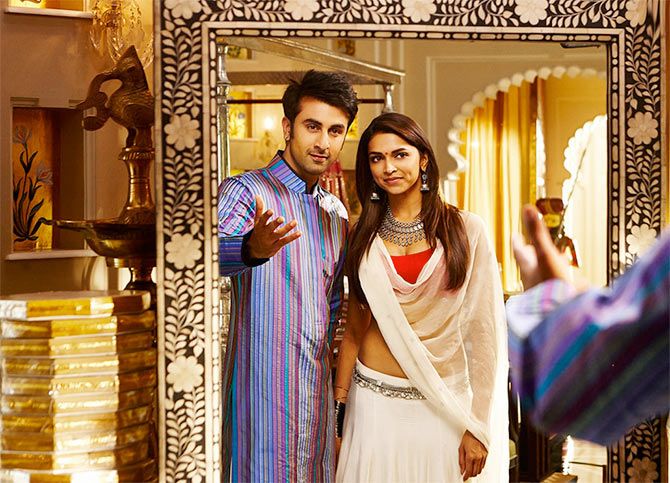 Nowadays actors get into the skin of the characters they are portraying. Does this affect their personality in real life?

I'm sure it does. Many actors give a lot of themselves -- physically, mentally, emotionally -- to be a character.

Ranbir is getting into the Sanjay Dutt biopic and it's not going to be easy for him. Of course, he has a very solid balance when it comes to his personal and professional life. But, somewhere, you carry that character home everyday.

You give so much of yourself to the character that you play that, somewhere, there is a residue for some time. It's not that you can't get over it, but it remains for a while because it's not like 'Shooting hai, it is finished today.'

Maybe there are actors who can do that, I don't know. I'm not that kind of actor.

When I finished Cocktail, it took me a very long time to get out of Veronica's mindspace, behaviour and zone. I had to reconnect with who I am. It is a similar story with Bajirao Mastani. Some films demand that.

How important is your chemistry with a co-actor when you sign a film?

I think the biggest downfall would be to come on board thinking, 'Let's create chemistry.' It's like saying let's make a hit film. It's stupid.

You can't create chemistry. In fact, the chemistry between two actors is for people to see, sense and judge.

The only thing we can do as actors is to come on board individually because we feel the same kind of passion for a script and for a director to cast us because he feels that, as actors, we'll do justice to that part.

In the process of making that film and being honest in the parts that we're playing -- like Ranbir as Bunny and me as Naina (YJHD) or me as Tara and him as Ved (Tamasha) -- the chemistry should happen on its own.

What adds to the chemistry is what the film gives us as actors to play with or how the characters are written. Technically, it's in the characters and how they are layered.

Fifty per cent is what is on paper and what the director or writer has written and fifty per cent of it is what the actors bring to make the character memorable and special. 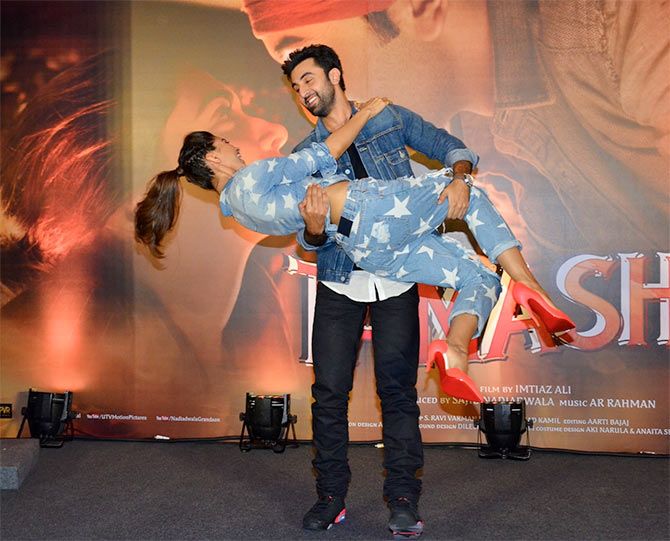 Does the fear of failure increase with each success?

I've experienced it all, whether it was in my sporting career or in my film career.

I'm where I'm today because of my hard work and maybe that's why I'm so possessive and protective about it. This is the one thing I can proudly say is my own.

I don't think of success or failure when I'm working, I think of passion, honesty and hard work… everything else will follow.

I've seen highs and lows in my career and I don't take either of them for granted. People ask me how I feel because they say I am riding a high now. To me, it feels no different; I'm just working.

I don't pay too much attention to praise or to what is being written or what people say about where I'm in my career. I wake up every morning and go to work like any other day.

Is there any kind of fear that you have?

No. The only day I will worry is if I stop getting exciting roles.

That's my fear. As an actor, I have so much to give. I feel I've learnt so much. There's a lot of fire and hunger in me to juice every part that I get. 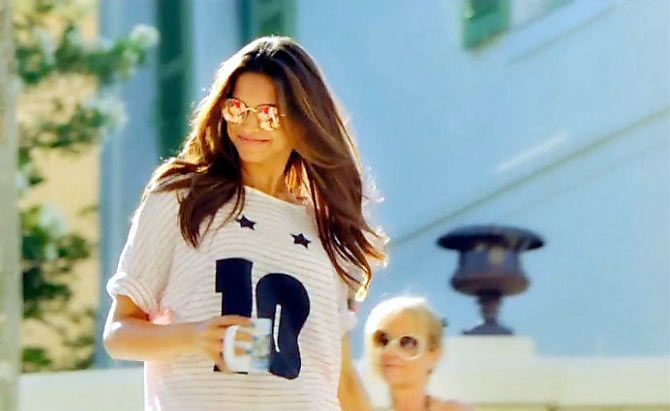 We've often heard actresses say it is very lonely at the top. Do you agree?

As far as loneliness is concerned, I'd say yes and no. For example, I feel like when people come into my life today, there is a sense of are they friends because they care or do they want to be friends because of who I am or what I've achieved.

On the flip and positive side, I've had a very solid upbringing and I have a very solid group of friends who've been a part of my life since nursery.

Are you cautious while making friends?

I wouldn't say cautious. Whether it is the people I know or the people I meet for the first time, if someone says something to me, I trust them very easily.

There are many times when people around me have to help. Like, we'll finish a conversation and I'll be like, 'Oh my God, that's so sweet' and they'll be like, 'Relax, that's not what they meant' or make me realise that someone's actually scheming or plotting or whatever.

I'm someone who takes everyone at face value. I believe I need to develop and build my own equation with people. I don't base it on other people's equations.

Until and unless I have personally had a bad experience with someone, I'm usually very forthcoming and I allow people the opportunity to be who they're.

I'm also very trusting unless I've had a bad experience. My parents worry all the time because I trust people very easily.

Considering the field you are in, do you think that's a minus?

I don't know. I don't know if this is a plus or a minus or a good thing or a bad thing. This is the way I am. 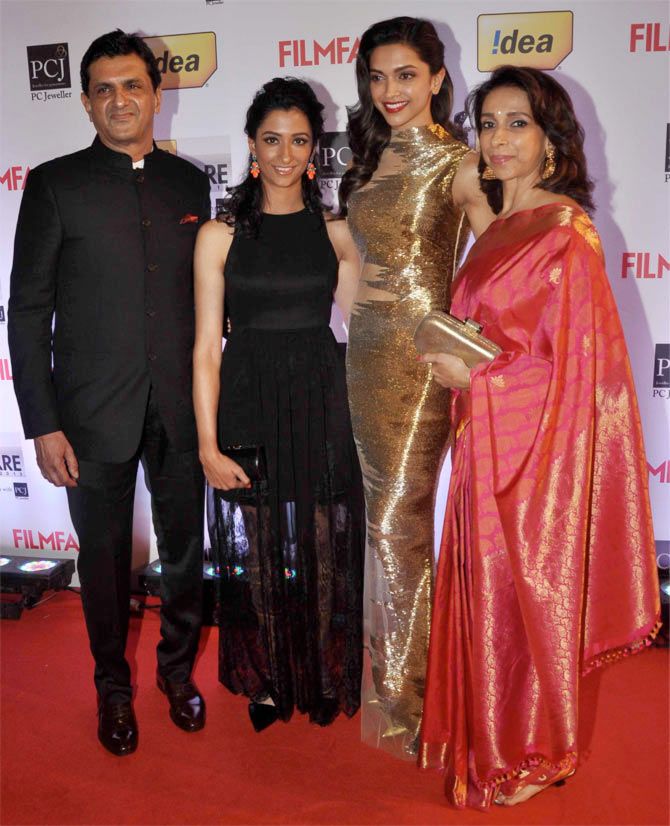 You've worked with your parents in ad films. What was that like?

Actually, they both are very camera shy. Shooting the Tanishq Mother's Day ad was my mother's first experience before the camera.

When we had to shoot the Dilwali one, it was the same team and the same director. So, the previous night, she was busy at the dining table giving my father advice about how he should perform the next day, “See, he (the director) doesn't like overacting.” She asked him to keep it natural and real. I found that really adorable.

You had to stay away from your parents when you were making your mark in this industry. Has that brought you closer?

Yes, it has. Actually we've always been a very close-knit family but we're not a family that talks everyday on the phone. We're not 'phone people' in that sense.

But, once in two-three days at least, they'll call and find out what my schedule is, where I am, how I'm doing and they'll give me the full report of Bengaluru and what they did.

We're very connected in that sense and we know who is where and what is happening in each other's lives.

That time, I didn't see him. We discovered that much later.

That day, we were on the sets at Filmistan (a film studio in north Mumbai) and I was shooting the scene before the song Jag soona soona laage for Om Shanti Om.

Apparently, he had stepped out of his set for a break when I walked out.

But he didn't take very long. He got my number and, that evening, we connected.

When you and Ranbir were in a relationship, you were open about it. Now, you haven't officially announced anything about your personal life. Is that a decision you have taken based on the past?

Yes, absolutely. If there are certain aspects of our life we wouldn't be comfortable sharing, it's because of our past experience. From a journalist's point of view, I guess it's only reporting. But from a human being point of view, it causes a lot of stress on a relationship.

Relationships and emotions are really very fragile. It does cause unnecessary stress every morning especially if negative or untrue things are reported. Then, there's conflict and unnecessary unrest.

More than that, after a point you realise you only want to be remembered for your work and for the films you do.

It kind of adds a little bit of pressure to a relationship. We've now learnt that it's important to protect some things and keep it to yourself. 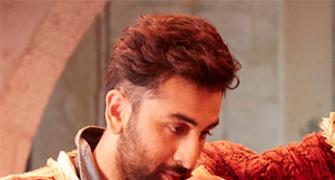 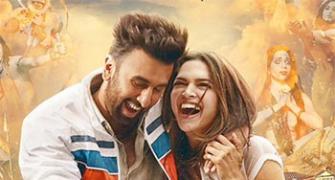 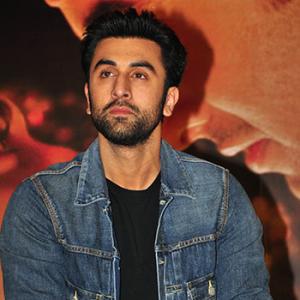 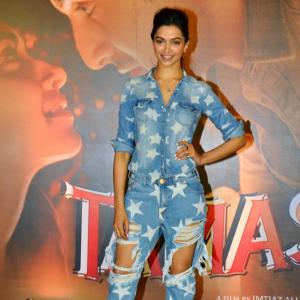