Bajirao Mastani has the potential to do for Maratha 'history' what Mughal-e-Azam did for Mughal 'history', says Mohammad Asim Siddiqui. 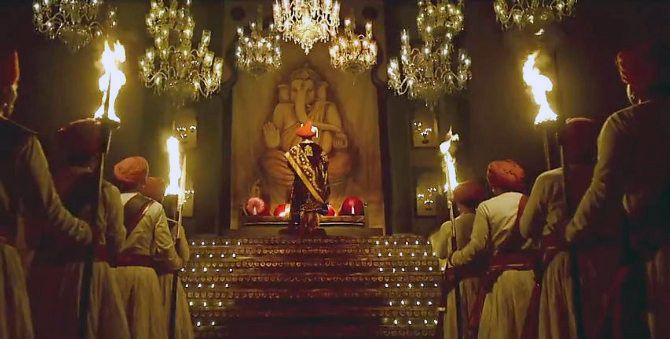 It is said that when K Asif was busy with his obsession Mughal-e-Azam, somebody cautioned him that he had not picturised any songs on Prince Salim in the film whereas a number of beautiful songs in Anarkali show Salim as part of those songs. K Asif famously retorted: 'Anarkali's Salim will sing, but not Mughal-e-Azam's.'

Released in 1960, seven years after Anarkali, Mughal-e-Azam's Salim played by Dilip Kumar, though he did not sing or dance in the film, is remembered even today. K Asif's Salim was a picture of grace, gravity and eloquence. Mughal-e-Azam became a model for all serious istorical romances in Hindi cinema.

Singing and dancing is still not associated with heroic figures in the popular imagination if one were to see some objections to the character played by Ranveer Singh in Bajirao Mastani. Interestingly, the film was opposed not only by right-wing elements in Pune, but was also reportedly considered 'indirectly against Islam' by the censor board in Pakistan.

Then there is also the view that the film has distorted historical facts and has portrayed members of Peshwa Bajirao's family in poor light, especially his wife Kashibai.

All these objections become meaningless when we realise that Sanjay Leela Bhansali's film is a historical romance and a big commercial venture. As a commercial venture the film aims at a wide audience and there does appear to be an effort on Bhansali's part not only to tell a good story, but also not hurt the sensibilities of any major section of society. This is done by both what is shown and what is not shown on the screen.

The film is a historical romance and not a history textbook. If one were to make sense of history shown in the film one will agree with the view that history tells the story only of victors or it is a record of a series of mindless battles.

'The blood of millions of innocent people and the victory of one man,' as the sangtarash (sculptor) says in Mughal-e-Azam, bringing a subaltern view on history. The vanquished have not been allowed to tell their version of the story.

The vanquished are not always the people who lost a battle, but those who have been deleted out of history. In his famous work Annihilation of Caste, Dr B R Ambedkar comments on the oppression of untouchables during the reign of the Peshwas.

'Under the rule of the Peshwas in the Maratha country,' Dr Ambedkar writes, 'the Untouchable was not allowed to use the public streets if a Hindu was coming along, lest he should pollute the Hindu by his shadow. In Poona, the capital of the Peshwas, the Untouchable was required to carry, strung from his waist, a broom to sweep away from behind himself the dust he trod on, lest a Hindu walking on the same dust should be polluted. In Poona, the Untouchable was required to carry an earthen pot hung around his neck wherever he went -- for holding his spit.'

The film is silent about these invisible people. It only shows the consolidation of both secular and religious power under the Peshwas who were Chitpavan Brahmins. The Nizam of Hyderabad states a historical fact when he puts it unambiguously to Bajirao that though Sahu Maharaj is the Chhatrapati, the real power rests with the Peshwa.

Bajirao himself says at one place in the film that though he is a Brahmin by birth, he is a Kshatriya by his actions. The rituals, imagery, manners, customs and practices shown in the film capture the Brahminical-Kshatriya ethos. The Brahmin has to follow the Kshatriya code of honour to rule. He must not refuse help to somebody who has sought help from him.

However, the Hindu identity of the Peshwa is affirmed not in opposition to Islam and Muslims, but in opposition to the Mughals and Afghans. Bajirao takes pride in crushing Muhammad Khan Bangash and setting his eyes on the throne of Delhi, but nowhere does he speak against Islam or Muslims in the film.

The anti-Muslim prejudice in the film voiced by Bajirao's mother Radhabai Barve, his brother Chimaji Appa and other Brahmin groups pits them against a straight-talking Peshwa Bajirao. This only serves to enhance Bajirao's heroic stature.

His respect for Mastani, his indifference to traditional Brahmanical authority, defiance of the will of his family members and giving a Muslim name to his son make him a hero.

Any historical film or novel cannot forget its moment of production. The conflict between Bajirao and his family members gives Bhansali an opening to introduce the 21st century secular, all inclusive, discourse into the film. 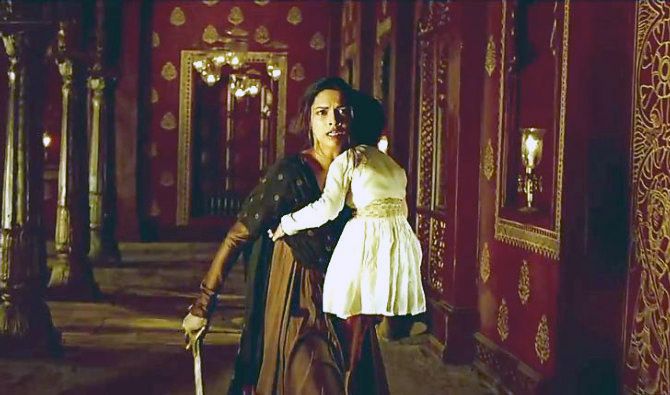 There are two spheres in the film: Political and domestic. The film mostly follows broad historical details in the political sphere. The battles fought, the opponents confronted, the places mentioned, the names and relationships shown are all faithfully based on historical details. But there is always a gray area in history where the filmmaker or a novelist must exercise his freedom.

What food is eaten, what dress is chosen , what colour is preferred, what mannerisms are adopted by characters are all gray areas which fall in the domain of the filmmaker.

The empty spaces have to be filled up by the filmmaker's imagination. The everyday is the concern of a historical novelist or filmmaker, not the historian.

Bhansali proves himself equal to the task. He also displays his full skill in presenting the grandeur associated with war films. The battle scenes and the scenes displaying the horse riding expertise and swordsmanship of Bajirao and Mastani are breathtaking. The dominance of the golden colour in the film further contributes to its grandeur.

It is in the depiction of the domestic sphere of the film, a gray area, Bhansali exercises his choice in terms of some generic expectations. The strained relationship of Peshwa Bajirao with his mother and brother binds Bajirao Mastani in an intertextual relationship with Mughal-e-Azam.

The nature of conflict may be different in both films, but they are related in formal terms. Where it is class and possibly not religion (the Mughals had matrimonial alliances with the Rajputs, a point alluded to by Bajirao's mother with disapproval) which acts as a barrier in Mughal-e-Azam, it is religion and caste in Bajirao Mastani.

The trace of Mughal-e-Azam can be detected in many scenes. Thus, in one eminently dramatic scene in Mughal-e-Azam Salim daringly embraces Anarkali when Emperor Akbar suddenly enters his palace. Bajirao does so in a similar manner before his mother. Both the Sahib-e-Alam and the Peshwa make a distinction between true love and profligacy. 'Mohabbat jo darti hai ayashi hai, gunah hai,' says Salim. Ishq, not ayashi, is Bajirao's refrain.

The distinction between love and debauchery does not establish a similarity between Salim and Bajirao, but only reveals the main motif in two historical romances. 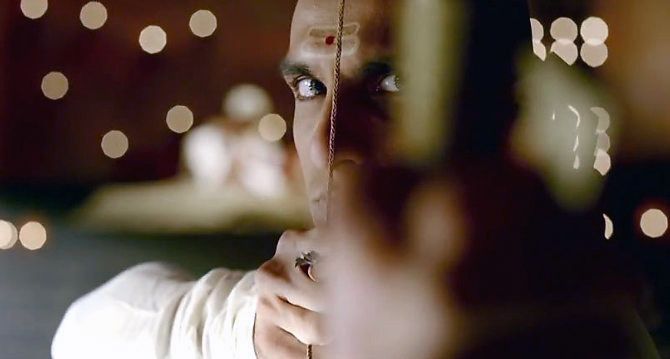 In terms of effect, however, Bajirao Mastani has the potential to do for Maratha 'history' what Mughal-e-Azam did for Mughal 'history'.

There is the troubling aspect of religion and gender intersectionality in the film. Because she is half-Muslim, Mastani can be acceptable only as a courtesan in a royal Brahmanical household. She can be a sex object, but not a wife. She is given respectability only because of her character's archetypal association with Radha, Lord Krishna's beloved.

The film also obliquely casts a critical glance at the condition of a wife in the domestic sphere. The autumnal look of Bajirao's mother who is permanently dressed in a white sari and has her head shaved reveals the subtext of the treatment of widows in the 18th century.

In one romantic moment in the film Bajirao says that Mastani's name will remain an integral part of his name. Sanjay Leela Bhansali, a filmmaker and not a historian, has put a permanent seal on his words by making Bajirao Mastani. 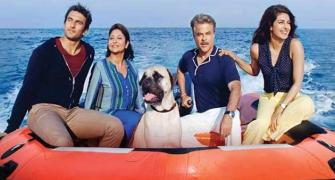 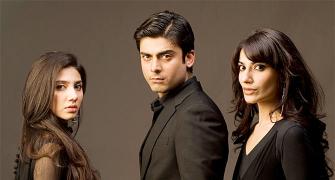 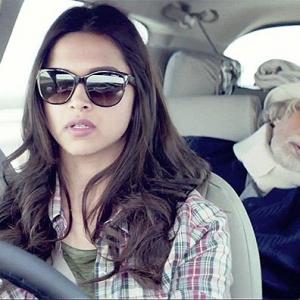 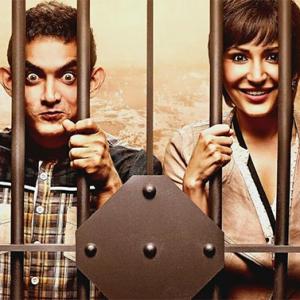