Over home-cooked food, Rohan Murty tells Rahul Jacob he is fascinated by history and ancient texts, and about his efforts to measure productivity in software companies, such as Infosys. 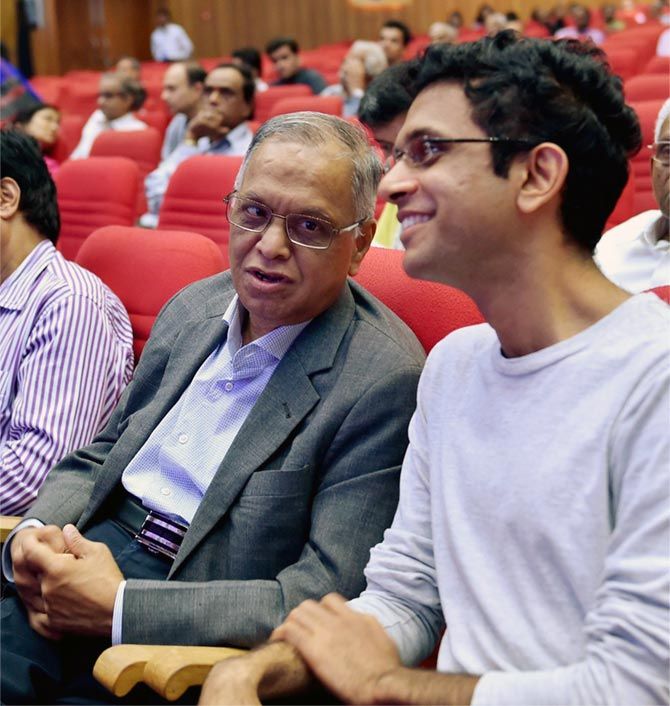 I thought of asking Rohan Murty to lunch while observing his cameo appearances at the Jaipur Literature Festival in January. Murty had been there to celebrate the launch of the Murty Classical Library. It is a series of remarkably fluid translations of ancient Indian texts by Surdas and Abu Fazl and even poetry by unknown Buddhist nuns published by Harvard University Press, all funded by a $5.2-million bequest from Murty that will keep the project going for 100 years.

At a lively discussion devoted to the new books, Murty watched standing at the back. (There wasn’t a free seat.) After a session the following day on his father, Infosys’ founder-chairman and former CEO, N R Narayana Murthy, attended by 6,000 people, Rohan had been barred by guards trying to keep control of the crowds from entering the enclosure where his father was surrounded by people wanting selfies. Rohan did not even protest. Knowing Narayana Murthy had a flight to catch to Delhi to attend a banquet for US President Barack Obama, I had heatedly explained to the guard who Murty was. Eventually, a litfest volunteer rescued him.

In Bengaluru a couple of Saturdays ago, I call Murty as I am running late because my taxi has done a no-show. Murty says he is close by and will pick me up. He arrives outside my building complex just as an enormous garbage truck is backing menacingly towards me. In a matter of minutes, however, we are in his very modern, minimalist home.

“You are my second guest,” Murty, 31, announces cheerfully as he leads me into the dining room, a separate enclosure with sliding glass doors that offers wonderful views of his large garden. Murty says he designed the house in tandem with staff at Sobha, who built Infosys’ campus.

Knowing he is a distinguished computer engineer at Harvard – the first junior fellow to be elected to Harvard’s elite Society of Fellows from that discipline in decades – I wonder if he also has training in architecture. The answer is no, which makes me anxious; I am lunching with a preternaturally clever polymath who is conversant in many disciplines.

I am soon in trouble. Murty is speaking enthusiastically about a recent talk in Bengaluru by the mathematics whizz-kid Manjul Bhargava. Bhargava had said that the Sanskrit poet and grammarian Hemachandra had used short and long syllables following the Fibonacci sequence of numbering.

“There was not a single number. It was all just poems,” exults Murty, who lets slip that the petals of certain flowers conform to this sequence. This leads to a spirited disposition about a poet named Pingala who derived what we know as Pascal’s triangle in 500 BC, long before Pascal did. He later sends me a paper by Brown University scholar David Pingree that, among other things, credits Brahmagupta in 628 with solving problems involving cyclic quadrilaterals.

His father makes a dramatic entrance in a starched white kurta pyjama while talking on his mobile phone, which makes the meal seem a casual family lunch. In an amusing reversal of generational roles, Rohan good-naturedly asks his father to speak softly so he can return to my maths tuition.

I divert the conversation to whether the distribution of the Murty Classical Library is measuring up to their hopes. Later, I realise Murty handily won this tussle between his tendency to be profound and my attempts to steer the conversation to the prosaic and pedestrian. He effortlessly ranges from mathematics to a discussion about bringing a variation of Frederick Taylor’s principles of management to the software industry in India to his maternal uncle’s research into supernova, or exploding stars of infinite luminosity, in astronomy.

Murthy Sr says he is pleasantly surprised that the books are available in airports already. Rohan has borrowed the family cook who has made a north Karnataka kadhi with white pumpkin that is typical of the area where his mother, the author Sudha Murty, is from. There is also a south Indian preparation of baingan and chhole.

I ask Rohan how he came to be so fascinated by history and ancient texts. Early on, he read 14 books on Byzantine history. While at Harvard, this allowed him to initially pretend to be an art history student because he found that the conversation petered out if he said he was studying for a PhD in computer engineering.

A friend introduced him to a charismatic professor at Harvard teaching ancient Indian texts. From the first class about a philosopher and scholar of the Vedas who then became, Murty says with a laugh, “a double agent” and wrote more than 10 volumes critiquing Buddhism, Murty was hooked. Murty’s advisor became alarmed at the classes he was taking outside his primary discipline. “I said, ‘This is my outlet. If you want me to be a productive PhD student, let me do this,” Murty recalls. “I understood how woefully under-educated I was.”

By now, my concern about the persistent howling from the neighbour’s garden is mounting. It sounds like a baby being strangled or alley cats in a fight to the finish. Murty assures me it is the neighbour’s pet ducks squabbling. We gravitate to discussing Murty’s uncle, who teaches at the California Institute of Technology.

Another overachiever, the uncle is guiding his students who now use high-powered telescopes the size of a room that produce enough hi-res images of supernova for a research paper every eight hours for work that took Murty’s uncle two years when he was a grad student at Berkeley. This leads us to the thorny subject of measuring productivity in service industries such as software and journalism.

Finding ways to measure productivity and automation was Rohan’s assignment when he joined the company on a salary of Re 1 in 2013, after Murthy Sr returned to put the company on an even keel. I had heard Rohan was impatient and ask him about this. He replies that he found resistance to the notion that productivity could be measured as it has been in manufacturing for decades across the software industry. “People said, ‘You are trying to say it’s a factory.”

I said, ‘If you are employing 2 million people (in the industry) it is not artisanal work.’ I was impatient. If you do it in an evolutionary way, someone else will do it faster.” We are speaking the week Infosys acquired Panaya, an automation technology provider, for $200 million, suggesting that effort continues. 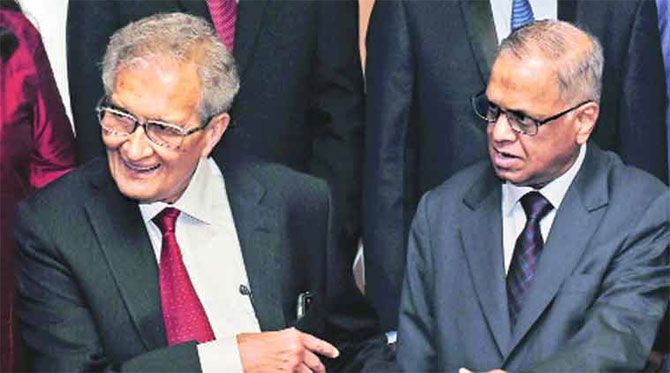 Murty insists that people at Infosys were “kind” but he seems scarred by furious media speculation in 2013 that his stint was a prelude to him taking over the company and contrary to the founders’ vow that their children would never do so. Given Rohan’s distinguished career at Harvard, the criticism seemed excessive. At that difficult time, Murty recalls that Amartya Sen told him he should just return to Harvard.

The mention of Sen moves him to reminisce about a particularly enjoyable dinner of the Society of Fellows at Harvard. In addition to receiving a generous salary and research grants, from the sound of it, all he and the other junior fellows are required to do is attend a lavish dinner with fine wines every week with the likes of Sen and Jeffrey Sachs — and carry on being brilliant.

“Emma (Rothschild, a professor at Harvard and Sen’s wife who Murty refers to as his godmother) had brought a guest to the dinner. The guy had a Swedish accent.” The gentleman turned out to be a former chairman of the Nobel Foundation. The dinners are “really a gift of conversation,” he says excitedly. “My friends and I quizzed him for four hours. I wouldn’t give up my seat.” 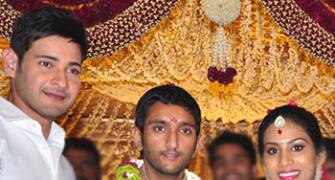 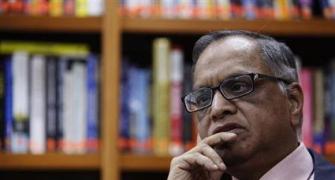 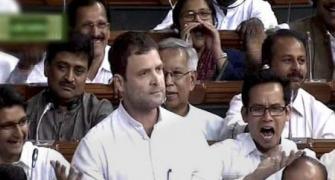 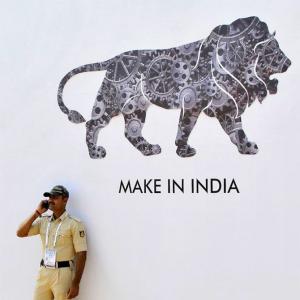