By Raymond A Nadeau
Last updated on: August 21, 2007 08:44 IST
Marketers must create a dynamic (and hopefully interesting, fun, and meaningful) forum in which brands and people interact directly -- not just experientially, but in the form of mutual dialogue, of collaborative brand creation. Theater is good model if you include the impromptu dynamics of improvisational and street theater.

One of my favorite examples of treating brands as performance art is the now-classic Barbie promotion that took place in England in 1998. In an effort to create a new brand impression for Barbie, Mattel painted an entire street in Manchester (buildings, street, lampposts -- everything) "Barbie pink"

The result was a playful, Alice in Wonderland-like, almost surreal place that appealed to both children and adults. People could experience the brand in a visceral way. It was fun! It was creative. It was not unlike Cristo's Gates, which were constructed in Central Park in 2004 to create a startling new impression of an "everyday" place. The difference: the gates were fine art; Barbie's efforts were a fusion of art and commerce. Another example of this was the great promotion created by OMD for the lunch of the new Nissan Maxima.

The cars were parked in various busy streets of New York and Los Angeles with nearby everyday curbside urban fixtures  street signs, meters, locked bikes, and lampposts -- appearing to be melted by the car's "hotness." The promotions created the desired buzz, drawing thousands of curious spectators and, eventually, the attention of even the mainstream media, with features on Dateline and write-ups in publications such as New York Magazine.

While it's true that the bar is raised for marketers today because it is so very easy to bore consumers who've already "been there, done that," it is also true that the raising of the bar makes our job that much more fun. A big part of creating a living brand means taking anything that is ordinary in marketing  any traditional media form or promotional event -- and turning it completely on its head, infusing it with inspiration and ultimately enveloping it with renewed consumer fascination.

One non-traditional and very creative slant on a media form was an adidas billboard ad in downtown Tokyo that featured two live soccer players engaging in a real one-on-one match every day during rush hour. Of course, you cannot help but look at something like that -- it's so unusual -- but the truly wonderful thing about it was that the match took place at the same time every day for several days running, and one day, one of the players would win, and then, perhaps the next day, the other would win so that people became involved in the game in the same way that you pick and begin to follow a favorite sports team.

The living advertisement represents a brilliant variation of what might be termed accidental or spontaneous marketing. Refer back to the Preface by Creed O'Hanlon and reconsider what you thought he meant.

Other similar examples of truly out-of-the-box living ads are Target's fully vertical fashions how (off the side of a building in Manhattan) in July 2005 and a recent Yahoo! Personals promotion with people inside giant haystacks in Times Square that invited single passerby to search through the haystacks to find dates.

The true litmus test for creating a living brand is how well it draws the consumer inside the brand world  and this ultimately is based on the strength and authenticity of its foundation. When Coty bought Rimmel, it was an established (and somewhat dusty) English brand, strong in certain markets, but not really a global powerhouse brand. As part of Coty, I witnessed and contributed to the rebranding of Rimmel London cosmetics in order to leverage its London heritage in a new and trendy way that would appeal to youthful, fashion-conscious American women.

The brand is all about the fun of swinging, irreverent London -- underground parties and edgy street fashion. Coty launched the brand nationwide in the United States at Wal-Mart stores using, among other things, London double-decker buses. The buses appeared at selected Wal-Mart parking lots with London D J's and makeup artists inside to attract Rimmel's potential new North American consumer.

It was a huge success -- women of all ages (and even a few men) lined up to get  a chance to go inside the buses for autographs and makeovers. The Rimmel "tour" hit 300 Wal-Mart stores and several college campuses, giving close to 21,000 makeovers and distributing approximately 150,000 product samples. Sales of Rimmel products increased as much as 24 percent for four weeks following the promotion. And the return to its London roots has bolstered Rimmel's market share even in Europe, where it already was one of the leading brands of color cosmetics.

Living brands is not just about image; it is, as the name implies, about life. Sponsoring the Grammy Awards is not, in my opinion, a particularly fascinating example of living media. We (both professional and lay) have seen it many times before. Figuratively speaking, it has been done to death.

Remember, consumers are alive and, as such, completely spontaneous. Sometimes involving consumers in a brand means provoking, even shocking them -- the way real theater often does. Regardless, great marketing, even great living media, is no longer a voyeuristic, formulaic exercise. Remember, more persons watched the conclusion of American Idol than the Grammys. Consumers increasingly chose to watch themselves -- not dated exercises in celebrity self-congratulation and pathetic glamour-by-association branding.

A great example of fascinating, brilliant promotion/living media is a "reality play" the London department store Selfridges staged. As part of a promotion called "Body Craze" in 2003, the store had 500 naked people line up along several floors of escalators. Of course, Londoners are a bit more comfortable with the reality of naked bodies than consumers in some other markets, and this would not have worked everywhere.

However, it was pretty clever and certainly unveiled the brand in all its glory. Selfridges clearly understands its consumers and is trying hard to connect. The store has created an entire floor called "Spirit," designed expressly to become a destination for young fashion-savvy shoppers and featuring up-and-coming designers, ongoing unique events, DJ's and sofa areas, body piercing and tattoo parlors, and a "customization zone" where shoppers can create their own designs with the help of a high-tech design duo "dialogue box."

In looking to create dynamic, powerful living-brand presence initiative, we would do well, as always, to look to culture for inspiration. And again, using theater as our model, we can find some of the most exciting examples in the form of spontaneous street theater and staged protests. Here is another manifestation of consumers mastering marketing communications methodologies -- often with a great deal of savvy.

Nadeau is the founder of the agency Living Brands, Living Media and the former vice president of new ideas, global creative director for Coty Inc, Coty Beauty and the Lancaster Group.
Raymond A Nadeau
SHARE THIS STORY
Print this article 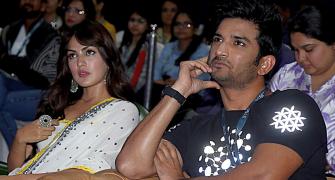 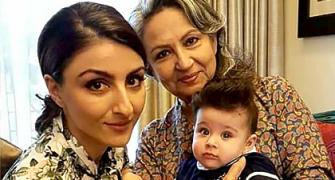