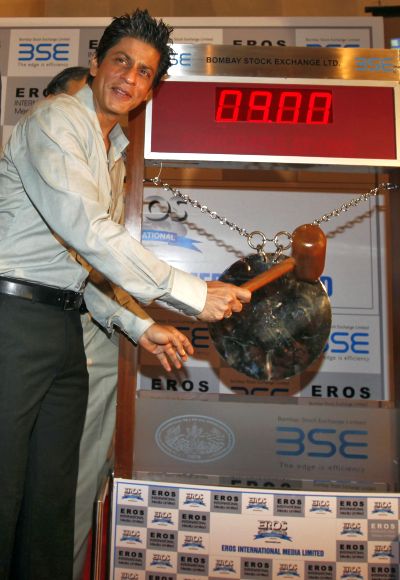 Markets are likely to see a limited upside of 5 per cent from the current levels till November and may dip to 19,000-19,300 levels on corrections, according to a Bank of America Merrill Lynch report.

"We expect markets to see limited upside of 5 per cent from current levels till the assembly elections in mid-November. However, we continue to expect corrections in the market and expect dips to 19,000-19,300 levels to offer better buying opportunities," Merrill Lynch said in its India strategy report.

"Our overall view continues to be a range-bound market for the year. The market will continue to see hope of an improvement accompanied by negative news on earnings, economy as well as worries on politics," the report further said. 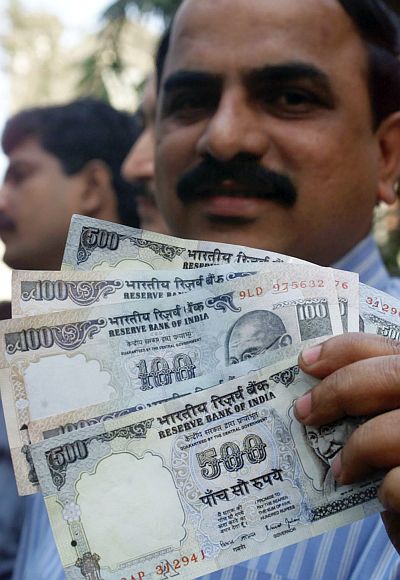 The market has been amazingly range-bound year-to-date brushing aside a massive depreciation of the rupee. A few months ago, if anyone had thought about 10 per cent depreciation in the rupee, investors would have expected the markets to be much lower than where it found support a couple of days ago.

Weighed down by high current account deficit and coupled with 'Fed-tapering' fears, the rupee has been one of the worst performing currencies among the emerging markets countries. The instability in currency has also brought volatility in markets as expectations of rate cuts get pushed back, the report said.

With the domestic investors having deserted the equity markets, FIIs have continued to be the key drivers. India has been helped by investors apathy to China and the view that the super cycle in commodities is over.

However, any slowdown in FII flows could have a huge negative impact on markets. 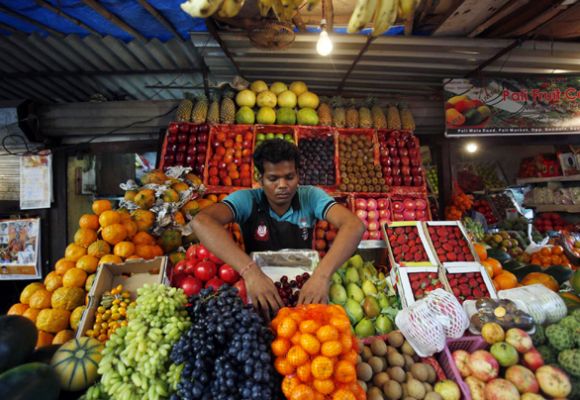 Image: Good monsoon may help CPI come down from the current 9.9 per cent to below 7 per cent by October.
Photographs: Vivek Prakash/Reuters

BofA Merrill Lynch said that there are three positives that it sees over the next three months like a more stable rupee, good monsoons to further cool inflation and interest rate cuts.

"We continue to believe that the rupee is a vulnerable currency with a high current account deficit and low forex reserves. However, given the 11 per cent depreciation over the past 10 weeks, we think near most of the depreciation is behind us and the rupee may move in a 2-3 percent band from the current level of Rs 60 against the US dollar," the report said.

The progress of monsoons so far has been normal and could help ease food inflation. This could also help bring CPI down from the current 9.9 per cent to below 7 per cent by October. 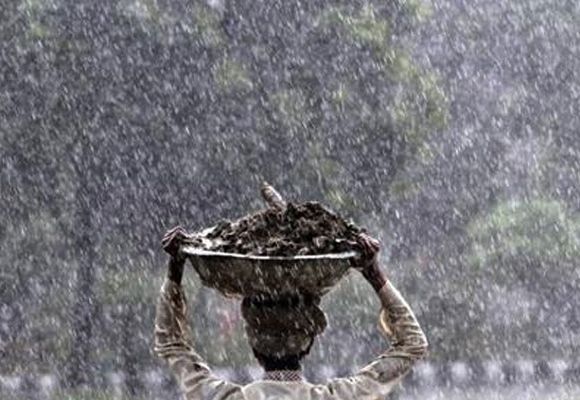 The Met has also forecast good rains in the critical sowing months of July (101 per cent of normal) and August (96 per cent). This is spurring early sowing and is expected result in good kharif harvest.

"Due to the sharp depreciation in the currency, interest rate cuts have been delayed. We expect RBI to pause in July. However, slowing growth and falling CPI will help the RBI cut rates in the last quarter of the year. We would still expect a 50-75 basis points cut in rates by March 2014," BofA Merrill Lynch said.