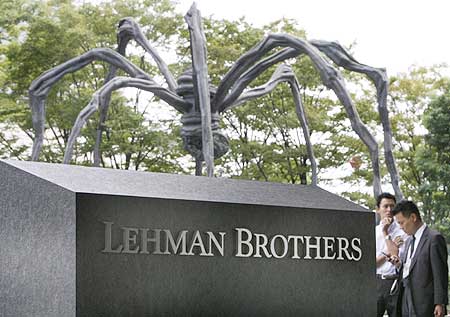 Image: Lehman Brothers is the America's largest bankrupt company. A company sign is seen here in front of a spider-shaped statue outside the company's office in Tokyo.
Photographs: Toru Hanai/Reuters

With General Motors becoming the 99th American company this year to go under, the current year may go into record books with a dubious distinction of having maximum number of public company bankruptcies.

So far, the record is held by 2001, when as many as 263 companies filed for bankruptcy in the entire 12 months.

However, the average for both 2001 and the current year are almost same at about 20 bankruptcies a month or about five in a week. Taking into account the fact that there are only five working days in a week, the average could also be termed as one publicly-held company going belly up every working day. 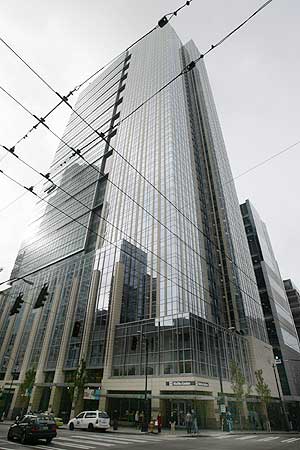 Image: Washington Mutual, which was headquartered is downtown Seattle, Washington, was the second largest US company to go under. It was also the largest bank failure in US history.
Photographs: Robert Sorbo/Reuters

While it remains to be seen whether 2009 would break the record of 2001 in terms of number of bankruptcies, it has already breached all records in terms of the assets of the companies seeking bankruptcy protection.

Already, three of this year's bankrupt companies -- GM, Chrysler and Thornburg Mortgage -- have found place among the 10 biggest ever bankruptcies in the American history. 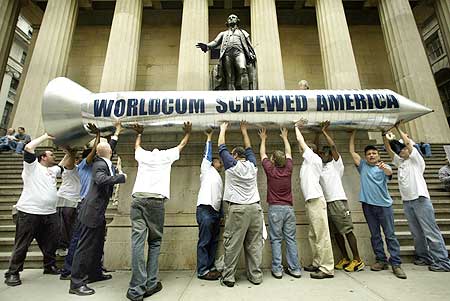 Image: WorldCom, which was involved in one of the biggest accounting fraud cases in US history, is at No 3. Seen here is a 24-foot long representation of a screw hoisted into position outside Federal Hall in New York's financial district.
Photographs: Peter Morgan/Reuters

GM's is the fourth biggest so far, while it is the largest ever industrial bankruptcy in the US.

The biggest bankruptcy in 2001 was that of energy giant Enron, which is now the fifth biggest company to go under in the American history. 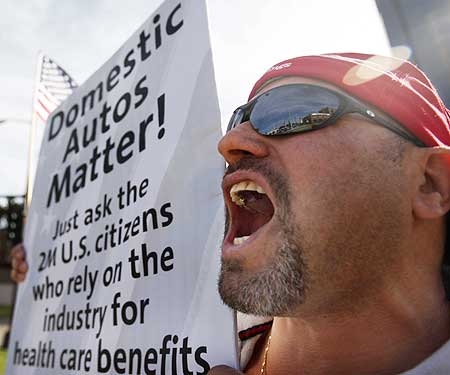 Image: Employee Manny Salazar protests job losses at General Motors, which enters the list as the fourth largest bankrupt company in the US.
Photographs: Jessica Rinaldi/Reuters

In terms of employees too, GM, with a staff size of 243,000, is probably the second biggest ever bankruptcy.

It is only next to retailer KMart Corp, now part of Sears Holdings, which had about 10,000 more employees when it filed for bankruptcy in 2002. 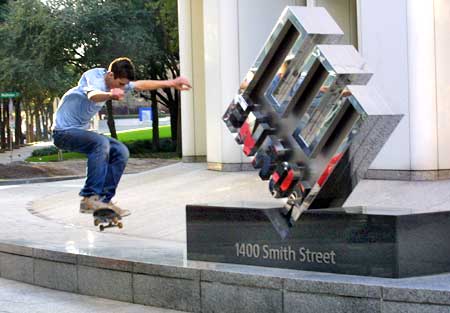 Image: At No 5 is Enron, which earned its share of notoriety in India as well. In the image, a boy rides his skateboard past the Enron company's once-proud corporate logo in Houston.
Photographs: Richard Carson/Reuters

Taking into account the last few months of 2007, the current economic crisis has accounted for five out of the 10 biggest ever bankruptcies in the US.

Making the current crisis even worse, the five new entrants to this dubious league account for more than 80 per cent of the top ten in terms of the asset size of the bankrupt companies.

The five bankruptcies in the current economic crisis together account for assets worth about $1.2 trillion, as against about $250 billion for the rest five. 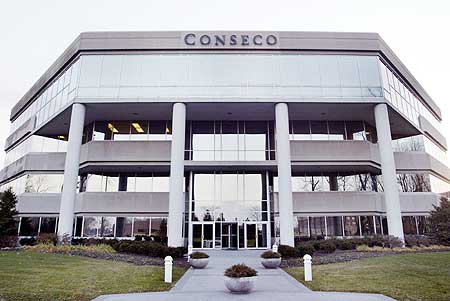 Image: At No 6 is former insurance giant Conseco. Seen here are its headquarters in Carmel, Indiana.
Photographs: Brent Smith/Reuters

GM is the fourth biggest ever bankruptcy candidate in the US, next only to those of Lehman Brothers, Washington Mutual and WorldCom.

Lehman Brothers and WaMu also went belly up in the current economic crisis itself, while that of once iconic telecom brand WorldCom happened in 2002. 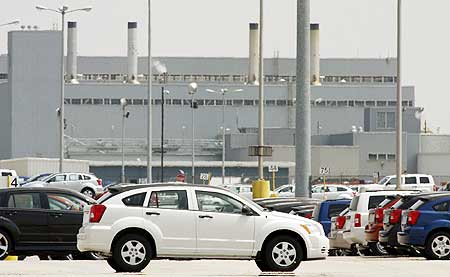 Another auto giant Chrysler fell into bankruptcy about a month ago and is the seventh biggest so far in the US history.

Energy giant Enron in 2001 and insurance and finance major Conseco in 2002 are the fifth and sixth biggest ever bankruptcies respectively so far. 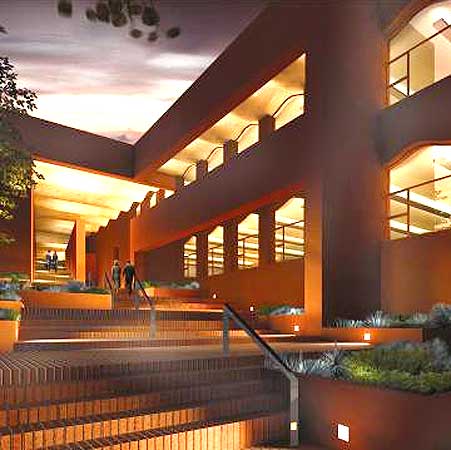 Image: At No 8 is Thornburg Mortgage Inc. Seen here in the Thornburg campus at Santa Fe.

Among these, Lehman, WaMu, GM, Chrysler and Thornburg fell victims to the current economic crisis, while others happened in late 80s or early this decade. 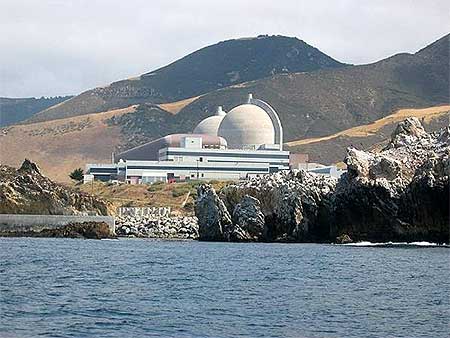 Lehman became the first major victim of the current crisis when it went bankrupt on September 15, 2008 with assets worth $691 billion and debt of $613 billion.

It was soon followed by the country's largest savings and loan holding company WaMu, which went bankrupt on September 26, 2008, and its $327 billion asset was immediately sold to J P Morgan Chase for mere $1.9 billion. 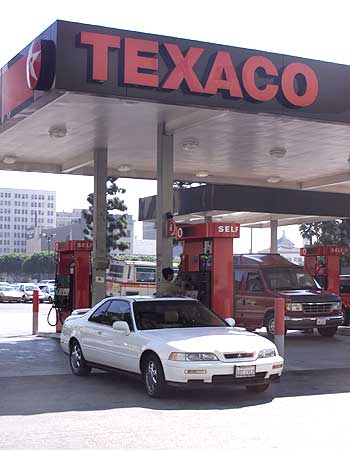 The auto sector started falling apart a few months later and Chrysler filed for bankruptcy on April 30, 2009, with assets worth $ 39.3 billion. The very next day, Thornburg Mortgage followed with assets of $ 36.5 billion.

GM has become the latest to join the list as fourth biggest bankruptcy with assets worth $91 billion.

The third biggest bankruptcy candidate so far, WorldCom, had gone belly up in July 2002 with $107 billion.

Besides, Enron had gone bankrupt in December 2001 with $63.4 billion in assets, while Conseco filed for bankruptcy protection in December 2002 with assets worth $65.5 billion.