The Mehta who surprised Mallya 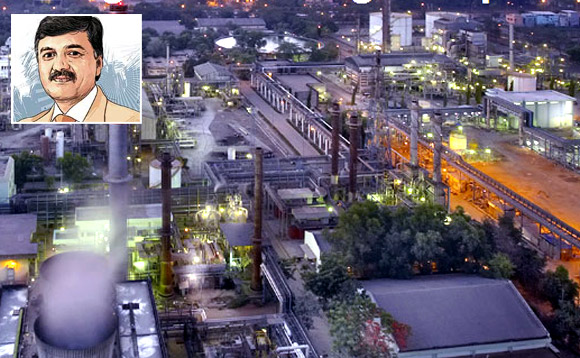 The low-profile chief of Deepak Fertilisers bought 24.46% shareholding in MCF.

Until early this week, not many outside the Indian fertiliser sector had heard of Sailesh C Mehta, 52, chairman and managing director of Pune-based Deepak Fertilisers and Petrochemicals.

Like the company, Mehta also kept a low profile. In fact, he is known among peers as "overcautious".

So his move to take on UB Group Chairman Vijay Mallya for control of Mangalore Chemicals & Fertilizer (MCF) has taken everyone by surprise.

"We wanted to make some noise about this acquisition," says a group insider about the 24.46 per cent acquisition, worth Rs 180 crore (Rs 1.8 billion), in MCF. "We had first made a friendly gesture to take over the company but the UB group was not interested."

The acquisition bid has taken UB Group by surprise, as it was planning to sell MCF to Saroj Poddar of Zuari Agro.

Poddar already owns a 10 per cent stake in MCF. Of Mallya's 22 per cent stake, 11 per cent is pledged with banks and financial institutions. MCF became a target after UB Group began facing liquidity issues after the collapse of its Kingfisher Airlines.

This is when Mehta, who took over as chairman of Deepak from his father last October, saw an opportunity and decided to take the plunge.

An offer was made to UB. Mehta's company has presence in Gujarat, Haryana, Madhya Pradesh, Punjab, Uttar Pradesh and Maharashtra. A takeover of MCF would give it access to urea and non-urea capacities of 3.8 lakh MT and 2.6 lakh MT respectively, and access to the Andhra Pradesh, Karnataka, Kerala and Tamil Nadu markets.

A Deepak Fertilisers insider said: "Our offer was a win-win deal for both companies and we think this is a good fit with our business."

But by taking on Mallya, who has fought many a corporate battle and won many, has Mehta bitten off more than he can chew?

Here, the banker said, the experience of JM Financial's Nimesh Kampani would come handy, as he is close to both Mallya and Mehta. JM is the advisor to Deepak Fertilisers and was also advisor to UB's Diageo for its United Spirits' deal. Kampani is also on the board of Deepak Nitrate and shares a close bond with Mehta's father, the founder of the group

Deepak Fertilisers declined to comment but insiders said the company was ready to negotiate. Deepak would make an open offer soon to other shareholders, the sources said, as they were close to the threshold limit of 25 per cent shareholding, which triggers a compulsory open offer.

Mehta, who has a management degree from Texas, took over as managing director in 2002, and chairman in October 2012, after his father, C K Mehta, decided to devote more time to social work. The Mehtas own 43.32 per cent Deepak Fertilisers.

But it's not MCF alone that is occupying Mehta's time these days. He is also busy developing new businesses, including constructing a mall in Pune and exporting fruit and vegetables across the world.

His brother, D C Mehta, runs Deepak Nitrate, another group company. The next six months will decide whether a hitherto cautious Mehta was right about making a grab for MCF or not.