Sign in  |  Create a Rediffmail account
Rediff.com  » Business » The crisis now is worse than in 2008: India Inc 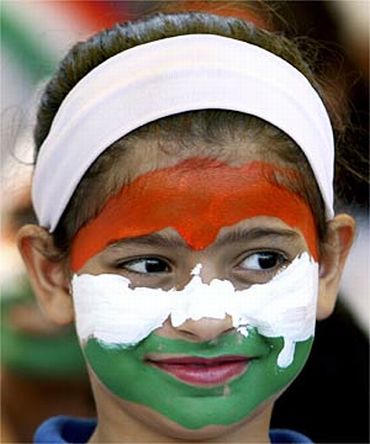 Image: The Indian flag is painted on a girl's face during a cricket match.
Photographs: Reuters Surajeet Das Gupta in New Delhi/Mumbai

Corporate India has added a new word to its jargon: the C-word.

Ask any CEO or banker about the difference between the slowdown in 2008 and now, the answer is almost repetitive: "We can still live with the S-word, but the C-word has made all the difference this time".

What it means is simple. The deteriorating macro numbers (see chart) tell only half the story.

While the slowdown has been a common factor in both 2008 and 2011, what makes it worse this time is that confidence has taken several hard knocks, courtesy an 'almost lame duck' government, an unreasonable Opposition, which has gone for the kill, and a global crisis yet to unfold fully. Marico chairman Harsh Mariwala says, "Business confidence has never been so low -- not even in 2008.

"There is a real crisis on the policy front and there is complete frustration, unlike in 2008."

The consensus is that last time, the government was quick in announcing a stimulus packa#8805 this time it neither has the money nor the inclination to do anything fruitful. TVS managing director Venu Srinivasan says in 2008, fiscal deficit and inflation were in control, which is not the case now.

But, the government is barking up the wrong tree by still looking at populist measures (with an eye on the state elections) like clearing the Food Security Bill, which will only add to expenditure and impact the fiscal deficit. 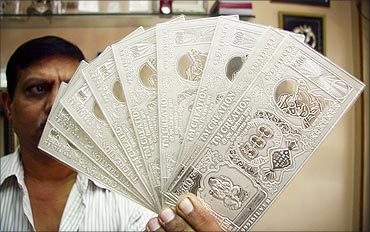 The lack of confidence has meant the industry is sitting on cash and is reluctant to make fresh commitments, as a result of which fresh project proposals for loans have come down to zero, bankers say.

The capital goods industry has already started feeling the tremors. L&T chairman A M Naik is blunt: Order flow growth will be at best 0-5 per cent in FY12 and FY13 will be very challenging.

"In 2008, capital goods companies were sitting on huge order books, which were intact. But now, for the past nine months we have not seen major orders. 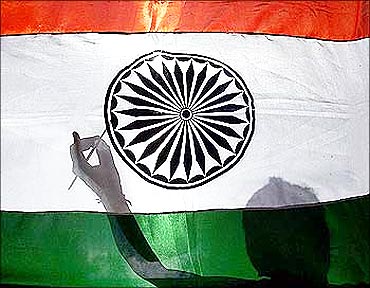 Added to that, most of us have more capacities than in 2008 as everyone expanded for a growing India," he says, adding the second half of the financial year may see a further fall in profitability for the entire capital goods industry.

The steel industry is not far behind.

In 2008, says the JSW Steel joint MD, the slowdown was only for a quarter and there was a quick demand recovery.

This time, there it is much broader, and has been continuing for the entire financial year.

There are other worrying signals, too.

Compared to 2008, margins are much more under pressure due to high inflation. 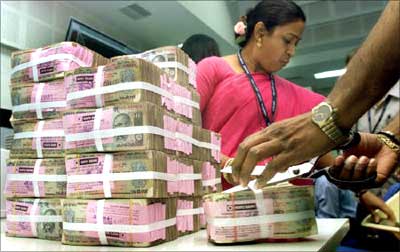 "As far as input costs are concerned, the primary difference is that in 2008, both input and output prices had crashed.

"But this time around, input prices have remained high and led to margin pressure though raw material prices have started coming down now," adds Rao.

Cement manufacturers say their hopes of rural demand perking up are over. Shailendra Chouksey, whole-time director, JK Lakshmi Cement, feels the current slowdown is worse than that of 2008-09.

"At least in 2008, we had hopes from the rural segment of the economy, which contributed to higher sales growth.

"This time, there are signs that funding through rural schemes like NREGS is drying up."

Even services industries are feeling the pinch. The TV broadcasting industry was expecting advertising revenues to rise 20 per cent but they are virtually flat this year.

Says Uday Shankar, CEO of Star India, the country's largest broadcaster, "Multinationals in India have targets pegged to the dollar.

With the sudden depreciation, they are finding it difficult to achieve them. So, they are cutting down on advertising."

There are some who point out some critical differences between the crisis now and in 2008.

Maruti Suzuki Chairman R C Bhargava says, "In 2008, the banking system had collapsed and banks were not willing to lend either to corporates or to individuals, to buy a car for instance. In 2011, banks have cash but consumers are not buying because of high interest costs, high fuel costs and inflation -- problems the government can easily resolve."

That makes Maruti, which has seen its sales growth in reverse gear, hopeful the current crisis won't be that harsh. Bhargava is, however, quick to add the government "should have the mindset to take decisions to reverse the trend". And that, everyone agrees, is a big 'if'.

Some bankers point out a critical difference between the two crises -- and that is companies are much better equipped to face the current challenge than in 2008. Srinivasan Varadarajan, Executive Director (Corporate Banking), Axis Bank, says 2008 was more a liquidity shock. In 2011, there is an extent of over-leveraging, which has been aggravated by the growth slowdown.

But, corporate entities have become more cost-efficient in the years following the onset of the 2008 crisis.

"They have managed the slowdown through efficient rationalisation of business. However, some capex decisions are being delayed," he adds.

Godrej Group chairman Adi Godrej thinks everything will be back on track if the Reserve Bank cuts rates.

"The current environment is not as bad as 2008. At that time, banks were collapsing. I don't see a slowdown on the consumption front at least," Godrej says, a sentiment shared by ITC chairman Y C Deveshwar who says the FMCG business growth has been very good and so has rural demand. In consumer durables, no one is really cutting down on investments, at least till now.

For instance, Korean major LG Electronics had earmarked a capex of Rs 800 crore (Rs 8 billion) for this calendar year and is committed to it.

But LG chief operating officer Y V Verma says the company will wait and watch before committing fresh investments for the next year.

Videocon chairman Venugopal Dhoot thinks the crisis is being 'exaggerated'.

In consumer electronics, he says, the problem was the expectation of the industry had gone up.

So, it was pitching for 40 per cent growth.

It's clear now that growth won't be more than 15-20 per cent, which is not bad at all coming on the back of high growth last year. 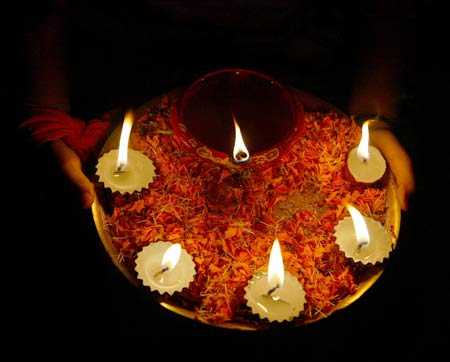 "The sudden depreciation of the rupee has forced us to increase prices, but consumers are still coming. Rural demand is intact," Dhoot says.

But what Dhoot and others are not saying is even rural demand is shrinking.

For example, rural sales growth for India's FMCG and consumer durables industry has dipped to only 10 per cent in the April-September period.

As Dabur India CEO Sunil Duggal says, "The reduction in offtake as a result of successive price hikes has been more in rural India than urban markets."

And, that will only add to the loss of confidence. For, it will hit the industry where it hurts the most as rural India has been the main engine of the Indian consumption story. The impact of the C-word is looking quite real indeed.