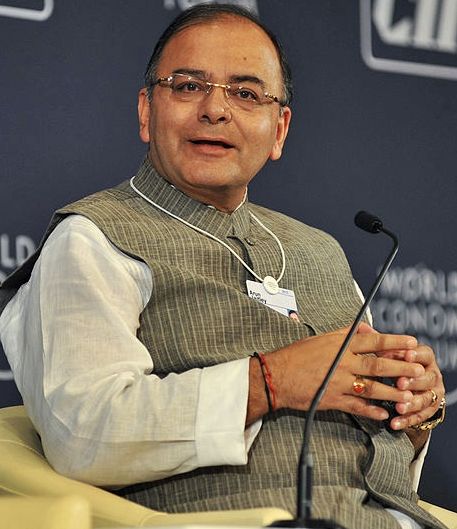 The finance minister would do well to plan his first Budget by attaching a reasonable probability to a food crisis this year, says Arvind Subramanian.

It is December 2014 and El Nino has taken its toll. Inflation is running above 10 per cent.

The budget deficit is on the rise to five per cent of gross domestic product (GDP) in response to emergency measures aimed at helping farmers whose output has fallen by 30 per cent.

Gold purchases have risen after the Reserve Bank of India (RBI) and the government lifted the restrictions imposed on imports in 2013. Image: The current account deficit is once again heading north on account of drought-induced imports of food.
Photographs: Ahmad Masood/Reuters

The current account deficit is once again heading north on account of gold but also because of drought-induced imports of food.

The government’s agricultural apparatus has just not been sufficiently nimble to move food quickly enough to areas of scarcity; and, in any case, the quality of food stocks has proved to be inversely related to their quantity. 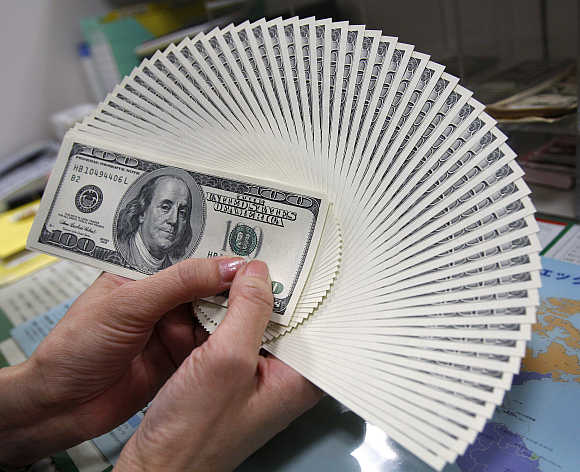 Image: At close to 30,000, the Sensex has delivered a return in 2014 of 50 per cent in rupee terms and close to 65 per cent in dollar terms.
Photographs: Reuters

Valuations are beginning to look frothy. At Rs 53 to the dollar, India is looking expensive.

Markets are skittish, increasingly sceptical about their own previous exuberance.

There is good news in the United States as employment picks up unexpectedly and the US Federal Reserve hikes interest rates earlier than markets expect.

There is bad news from China, as a number of projects financed by the shadow banking system fail and investors are once again poised to retreat from emerging markets.

Image: Gold purchases have risen after the Reserve Bank of India (RBI) and the government lifted the restrictions imposed on imports in 2013.
Photographs: Reuters

The RBI’s dovish policy after June 2014 looks increasingly untenable, and to preserve a modicum of credibility it raises the repo rate from 7.5 per cent to eight per cent, which remains well below inflation.

But even that modest inflation-slaying effort provokes politicians into public expressions of displeasure against the RBI.

The ensuing spat serves as the trigger.

The emerging market rout is under way with India hit unusually hard because it performed unusually well: the 2015 rout is the revenge for the 2014 rise.

What is the probability of such a scenario? Not high, but not insignificant either.

El Nino does have the potential to derail the best-laid plans of the new government.

So, amid all the cacophony of conflicting and unsolicited advice that Finance Minister Arun Jaitley is receiving (including from this source), he would be well advised to plan his first Budget by attaching a reasonable probability to a food crisis this year.

That means the first Jaitley Budget will need to be as much about creating a basis for successful crisis action later in the year as about launching epochal reforms now.

If there is a food crisis, there are a few consequential certainties: inflation will rise, growth will suffer, spending pressures will be (legitimately) greater, and any credible inflation-fighting effort will entail policy interest rates of nine or 10 per cent.

What anticipatory actions can be taken? The first set, which will go beyond agriculture, will include insurance policies that reduce the budget deficit and the current account deficit.

Eliminating the diesel subsidy and early passage of the goods and services tax, or GST, will be critical, even unavoidable.

They will put the deficit on a downward trajectory that is credible enough to allow for departures when drought-related pressures come along.

Another insurance policy would be for the government to slow down the liberalisation of gold imports.

At a time of high inflation, why risk reversing the gains achieved in reducing the current account deficit? The appropriate time to liberalise gold is after – not before – inflation has been tamed. 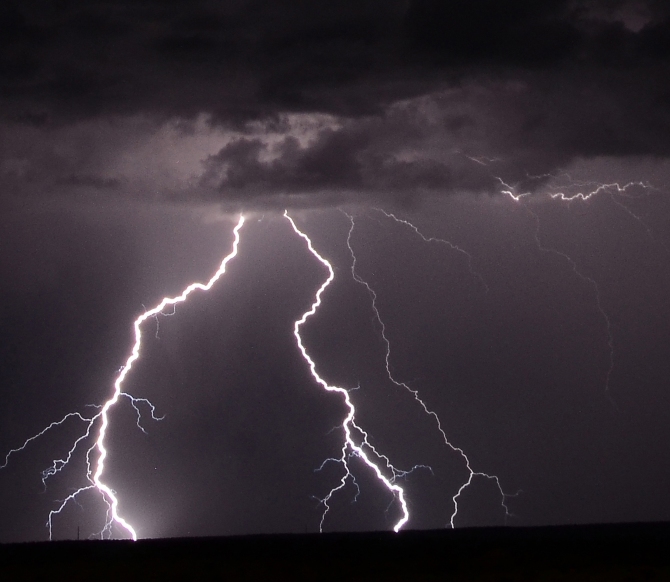 Image: Experts have argued for the sale of government food stocks and for reducing barriers to agricultural imports as a way of preparing for the El Nino-induced drought.
Photographs: Gene Blevins/Reuters

But it is in relation to agriculture that the government will need to act creatively and boldly.

Several commentators have correctly argued for the sale of government food stocks and for reducing barriers to agricultural imports as a way of preparing for the El Nino-induced drought.

But that will not be enough. The government must, at the same time, rationalise its minimum support price (MSP) and food procurement policies.

Selling stocks without addressing the MSP-cum-procurement policy will only result in higher stocks next year. The symptoms, not the underlying disease, will be treated. 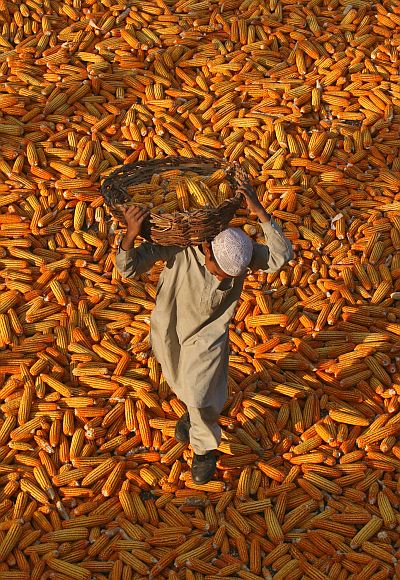 Ideally, these support prices should be reduced in real terms over time to a level that results in lower production of rice and wheat.

The real problem is overproduction; high stocks are merely the consequence of excessive production.

The politics of reforming the MSP is complicated by the fact that the two governments benefiting most from the current policies are in Punjab and Seemandhra, both of which are allied to the Bharatiya Janata Party (BJP). But the Narendra Modi government must be willing to incur their displeasure.

The government might consider two policy options. The first is to freeze the MSPs for rice and wheat or to increase them by substantially less than food inflation. 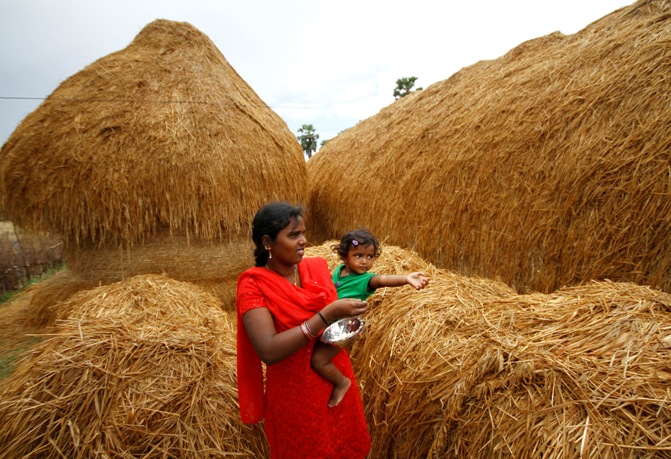 Image: Free agricultural trade, within the BJP-ruled India in the first instance, could have an important dampening effect on food inflation.
Photographs: Babu/Reuters

If that is not possible, at the very least, the government should ensure that in a drought year it procures very little wheat, allowing farmers to sell their output to the market, where prices are likely to be substantially higher this year.

Procurement should be a counter-cyclical policy, with the government buying when there is excess production and selling (not buying) when production is adversely affected.

The looming drought also offers the opportunity for the Modi government to persuade the BJP-ruled states to implement policies that will be of particular help: that is, eliminating all remaining restrictions on movements of agricultural goods, especially fruit and vegetables, from and to these states.

Free agricultural trade, within the BJP-ruled India in the first instance, could have an important dampening effect on food inflation.

It could also make for a great campaign slogan: the BJP is for one – unified – economic India, unlike the Congress, which has presided over many Indias. 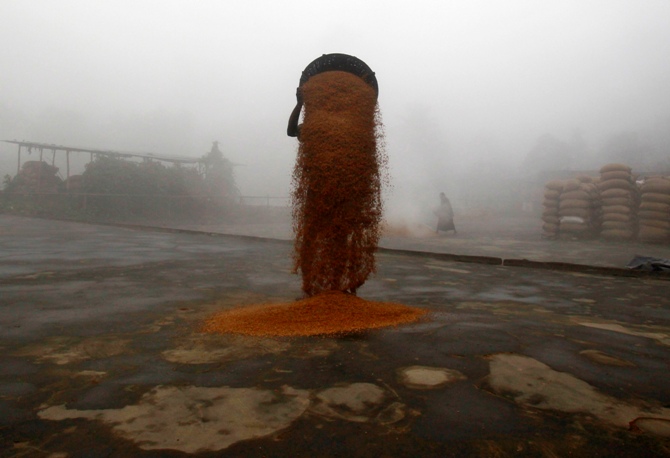 Image: The finance minister should plan his first Budget by attaching a reasonable probability to a food crisis this year.
Photographs: Jayanta Dey/Reuters

“Events, dear boy, events,” was Harold Macmillan’s famous response to the question of what could derail his government in the late 1950s.

El Nino has the potential to do something similar for this government.

But it enjoys the small luxury of being able to prepare for, rather than being blind-sided by, the El Nino event.

The first Jaitley Budget must do so.