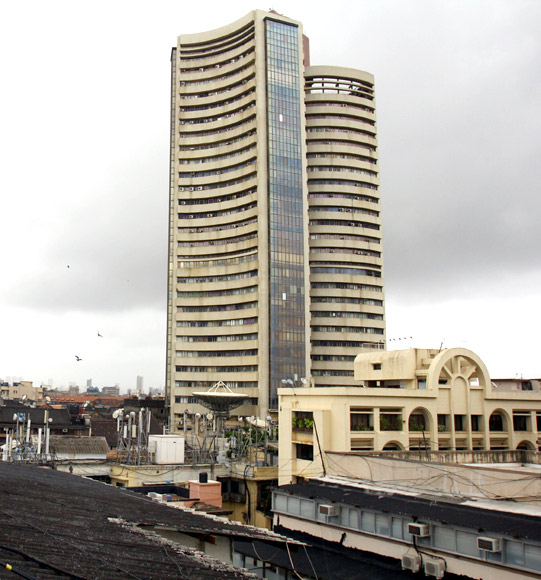 Markets ended on a negative note this Tuesday on back of selling pressure witnessed in financial shares after higher-than-expected inflation data dented hopes for a rate cut.

Investors were also apprehensive over developments in Washington ahead of tomorrow’s trading holiday at domestic bourses.

Indian financial markets are shut tomorrow for a public holiday.

Globally, Senate Republicans and Democrats were at loggerheads in raising US debt ceiling and end a partial government shutdown that enters its third week.

The broader markets ended lower with mid-caps and small-caps falling over 1 per cent on the BSE.

The market breadth was negative. Out of 2,562 stocks traded, 1,436 stocks declined while 983 stocks advanced on the BSE.

The rupee weakened in afternoon trades due to dollar demand from oil importers.

At 3:40PM, the partially convertible rupee was trading at 61.88 per dollar against the yesterday’s close of 61.55 on the Interbank Foreign Exchange.

European stocks rose for a fourth day, amid optimism Senate leaders will forge a deal to reopen the US government and avoid a breach of the debt limit. US index futures were little changed, while Asian shares advanced.

Domestically, the key sectoral gainers were IT, metal, FMCG while bankex, consumer durables, PSU, realty and power indices dropped on the BSE.

The key notable movers included counters such as Sintex Industries which gained 5% after reporting a net profit of Rs 73 crore for the quarter ended September 2013 (Q2) against an average analyst estimates of Rs 66 crore. The plastic products maker had profit of Rs 72 crore in a year ago quarter.

Wipro added 2%, extending its previous day’s nearly 3% gain on BSE on reports that the information technology (IT) company is in race for Rs 1,500 crore India Posts devices project.

HDFC Bank shed 2.4% after country’s third-biggest lender posted quarterly profit growth of 27 percent, in line with analyst estimates, due to losses in its investment portfolio, higher operating expenses and worsening asset quality. That was the first time in a decade that HDFC Bank's net profit has fallen below 30 percent.