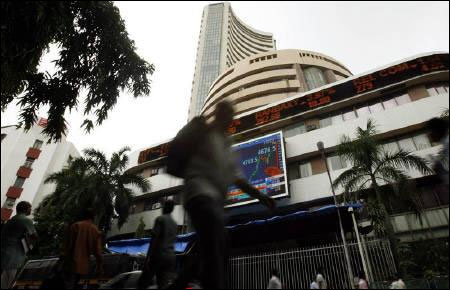 Brokers said investors appeared confident that the UPA government will excel in a trial of strength over FDI in retail issue to be witnessed in Parliament next week. The Lok Sabha has decided to have a discussion on December 4 and 5 on the issue under a rule that entails voting.

"Markets rose sharply for the second successive day...we touched new calendar year highs during the day. Markets have started factoring in some further announcements on fiscal reforms with the deadlock on retail FDI issue being resolved and discussion expected to happen next week," said Dipen Shah, head of PCG research, Kotak Securities.

A smooth ending of the current month's settlement in the derivative segment and a higher global trend as optimism grew that US President Barack Obama will reach an agreement with Congress over a new budget, further influenced the sentiment.

S&P CNX Nifty Index may rise 14 per cent by 2013-end, Goldman Sachs Group Inc said in a report today, upgrading its recommendation on India to overweight from market-weight.

"For India, upside drivers include a recovery in growth, a decline in inflation, and the potential for continued policy reforms," Goldman Sachs said adding that with structural issues being addressed and a cyclical recovery on the horizon, the market may bounce strongly next year.

Tags:
© Copyright 2022 PTI. All rights reserved. Republication or redistribution of PTI content, including by framing or similar means, is expressly prohibited without the prior written consent.
Print this
article