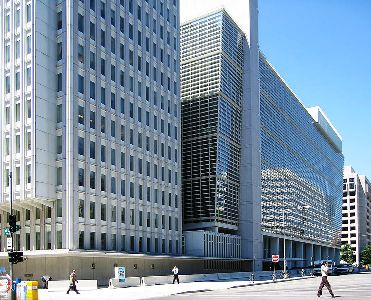 A new report by the International Consortium of Investigative Journalists says the projects funded by the World Bank have over the past decade physically or economically displaced 3.4 million people globally.

The story is no different for India, but World Bank India claimed the projects cleared by it followed rigorous procedures, which included consultations with the affected families.

In India, the ICIJ report identifies 33 projects with confirmed or possible displacement between 2004 and 2013, representing 23 per cent of all the World Bank-financed projects in the country.

For the remaining projects, it is difficult to arrive at an estimate of those displaced because the World Bank doesn’t have information on the effects.

These figures are likely to be an underestimation, says the ICIJ report.

This is partly because the bank often fails to count or undercounts the number of people affected by its projects.

However, a World Bank spokesperson told Business Standard: “The possible impacts (of projects) are assessed in accordance with a rigorous methodology that includes consultations with project-affected communities as well as other relevant stakeholders.

“It is only after robust plans to either avoid, mitigate or manage any negative impacts have been drawn up that the proposed projects are posed to the World Bank’s Board of Executive Directors for their approval.”

He added: “Member countries are responsible for all aspects of the development project for which they borrow funds from the World Bank.

“But World Bank project teams work closely with these government implementing agencies to ensure that the social and environmental management plans drawn up are in keeping with national mandated standards we well as World Bank policies.”

The three projects the ICIJ identify as having displaced the most in India are the second phase of Kerala State Transport Project, which has displaced 103,000, followed by the Lucknow-Muzaffarpur National Highway Project and India Orissa State Roads Project, which have displaced 75,434 and 64,287 people, respectively.

However, the World Bank spokesperson refutes the numbers, claiming “the number of people displaced under the Second Kerala State Transport Project is 16,390 (3,278 families)”, adding, “For widening and upgradation of these roads, the Government of Kerala acquired 121.21 ha of private land that impacted 20,696 families; only 3,278 of these families were displaced from their homes.

The rest have lost only portions of their property, either a boundary walls or a narrow strip of land up to one-metre stretch horizontally along the road.”

A particular example the report cites is that of the International Finance Corporation-funded coal power plant on the Gulf of Kutch.

The IFC’s internal ombudsman found the lender had breached its policies by not doing enough to protect the large fishing community living in the shadow of the plant. However, what is surprising is that IFC’s management rejected many of the ombudsman’s findings and defended the actions of its corporate client. It notes that in both Ethiopia and India, the World Bank Group declined to direct its clients to fully compensate the affected communities.

Responding to a query from Business Standard, IFC issued a statement clarifying: “As acknowledged by the recent Compliance Advisor Ombudsman monitoring report, the company has been actively engaged with the fishing community and has taken a number of actions in response to community concerns.”

The World Bank spokesperson added: “There are established procedures for assessing and mitigating these impacts.

“These procedures apply to all World Bank projects including those in the India projects.

"Through this service, individuals and local groups that may be directly adversely affected by a Bank-supported project can bring their grievances directly to the attention of Bank Management.”

However, the report says that the World Bank “often neglects to properly review projects ahead of time to make sure communities are protected, and frequently has no idea what happens to people after they are removed.

“In many cases, it has continued to do business with governments that have abused their citizens, sending a signal that borrowers have little to fear if they violate the bank’s rules, according to current and former bank employees.”

After ICIJ found ‘systemic gaps’ in the institution’s protections for displaced families, the Bank acknowledged its oversight has been poor and promised reforms.

“We took a hard look at ourselves on resettlement and what we found caused me deep concern,” said Jim Yong Kim, the World Bank’s president in a statement.

“The Bank put out an ‘action plan’ promising to improve its oversight of resettlement.

While promising reforms to its procedures, “the bank has proposed sweeping changes to the policies that underlie them.

“The bank is now in the middle of a rewrite of its safeguards policy that will set its course for decades to come” adds the report.

World Bank officials that the team of journalists spoke to warned ‘the proposed revisions will further undermine the bank’s commitment to protecting the people it was created to serve.’

According to them, this is because the latest draft of the new policy would give governments enough leeway to sidestep the Bank’s standards.

On its part, the Bank says it has taken the feedback under consideration and will release a revised draft with ‘the strongest, most state-of-the-art environmental and social safeguards.’